Things We Saw Today: Jonathan Coulton Sticking It To Glee 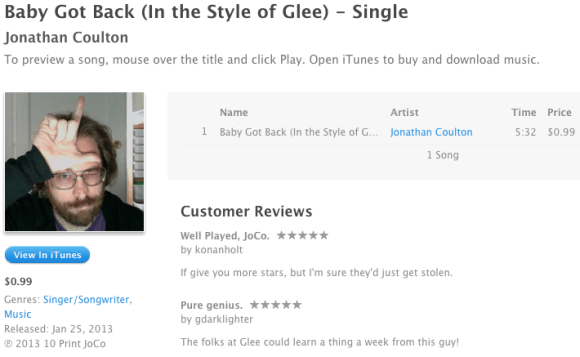 The saga that is musician Jonathan Coulton vs. FOX/Glee continues (read up if you’re not familiar). Coulton has released his original cover version on iTunes, Google, and Amazon under the name, “Baby Got Back (In the Style of Glee).” He’s going split the proceeds between The VH1 Save the Music Foundation and The It Gets Better Project and even joked Glee should do the same. As of publishing this post, Coulton’s song has surpassed all the other songs from that episode of Glee on the charts. (via Geekosystem) 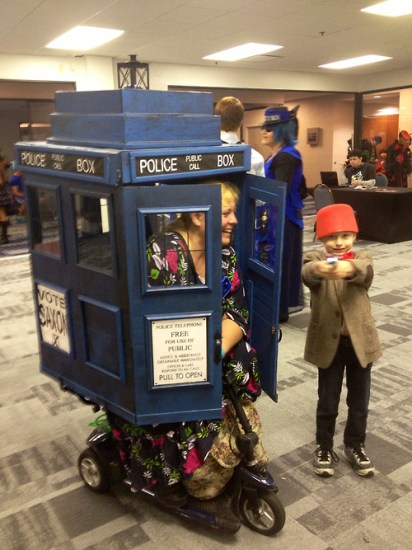 Going into my possible-future-cosplay file. (via Carnival of the Random)