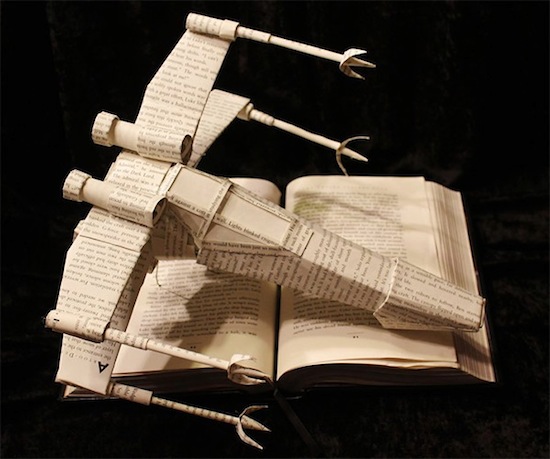 By Jodi Harvey-Brown, who made those awesome book sculptures we featured about a month back. I almost gave myself a headache trying to figure out whether she used books from Aaron Allston and Michael Stackpole‘s X-Wing series for this. (via blastr) 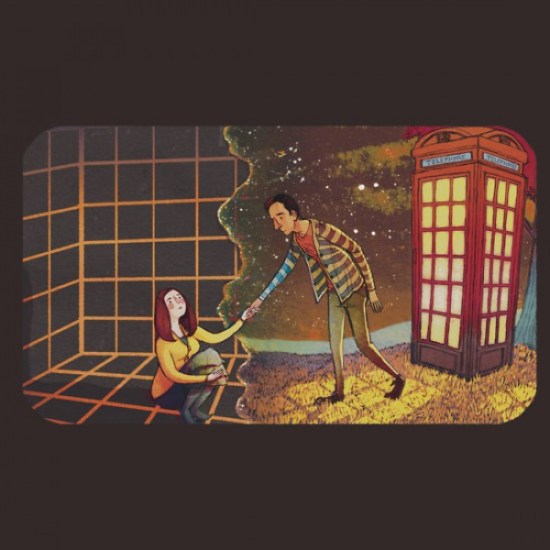 Community‘s Abed and Annie in the Dreamatorium, by znuese and available in t-shirt form or as a print at RedBubble. (via Fashionably Geek) 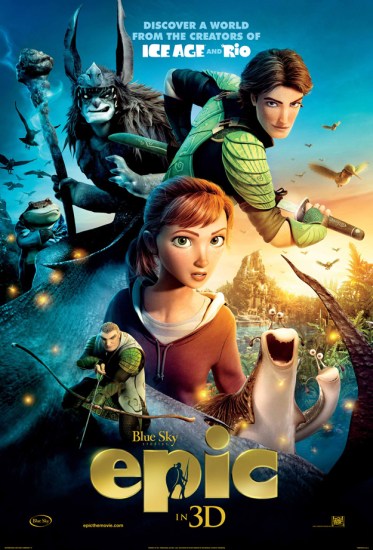 And finally, here’s a new poster for Dreamworks’ Epic, about a teenage girl who gets shrunken down to leaf-size and helps save her local forest. The dude behind her in the green armor has something of Flynn Rider about him, no? (via: ComingSoon)