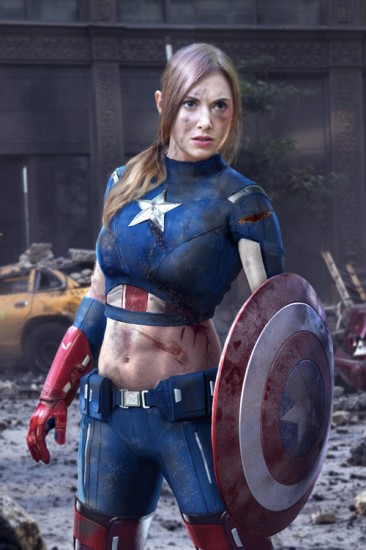 Someone did an awesome job photoshopping Community’s Alison Brie as Captain America. What they failed to realize was she would have looked equally cool with her sensitive stomach region protected. (via ScreenRant) 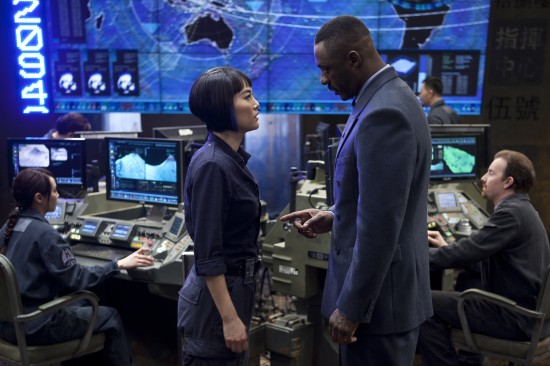 A shot of Idris Elba and Rinko Kikuchi from Pacific Rim. (via /Film) 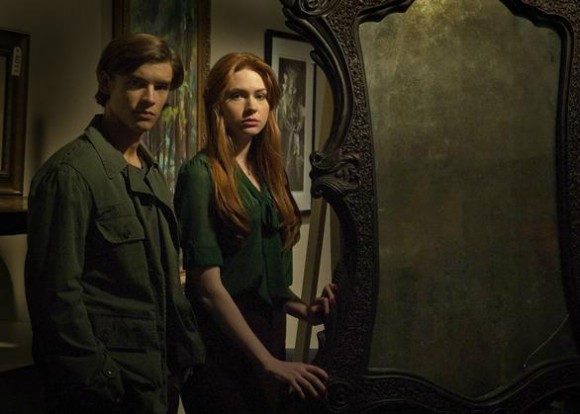 The first official look at Doctor Who’s Karen Gillan from her new film Oculus. We previously poste a fun set shot of her and BSG’s Katee Sackhoff. (via Bleeding Cool)