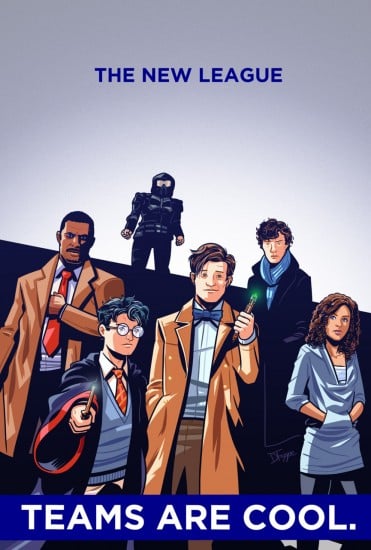 Comic artist Dean Trippe has cobbled together a brand-new League of Extraordinary Gentlemen featuring some of the best British characters out there today, “A Copper on the Edge, the Boy Who Lived, a Misfit from the Future, a Madman with a Box, the Consulting Detective, and a Ghost Roommate. A print is available on Etsy. Hit the jump for more stuff we saw today! 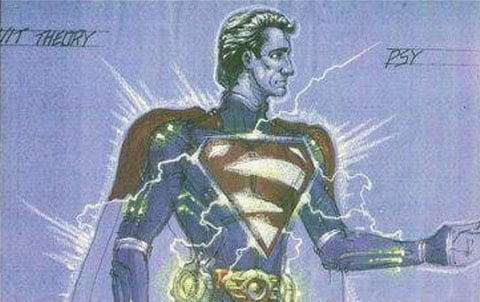 You remember how Nicholas Cage was going to play Superman in the 90s? Well the film, set to be directed by Tim Burton, even got to the toy stage. This is a look at some of the concept art from Hasbro. (via Blastr) 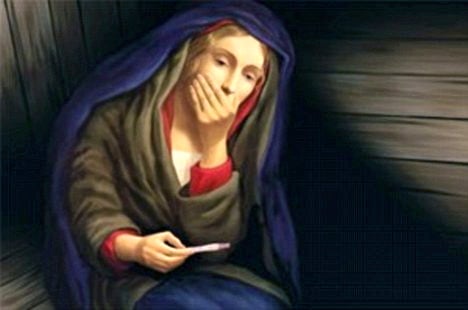 St. Matthews-in-the-City Church in Auckland, New Zealand has just purchased a billboard called, “Mary In The Pink,” which depicts the religious figure with a pregnancy test. Yahoo reports, “Vicar Glynn Cardy said that this year St. Matthews wanted to focus on what it was like for a real mother with a real child. ‘It’s about a real pregnancy, a real mother and a real child.  It’s about real anxiety, courage and hope.'” (via Yahoo)