Things We Saw Today: This Girl Engineered Her Own Glittery Prosthetic | The Mary Sue

Things We Saw Today: This 11-Year-Old Girl Built Herself a Sparkle-Shooting Prosthetic 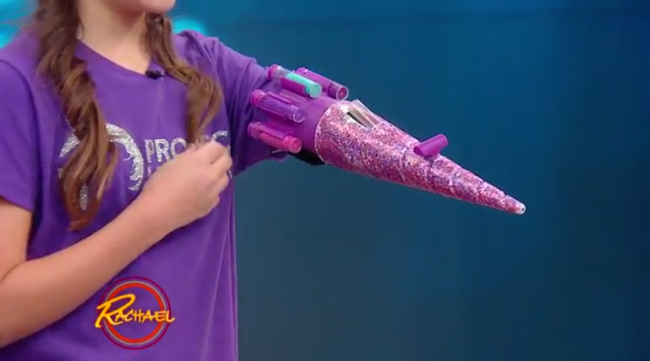 11-year-old Jordan Reeves was born with a limb difference: her left arm stops just above her elbow. But that hasn’t stopped her from inventing and 3D-printing like a champ. She’s created a bunch of cool tools to help other kids with only one limb–including one prosthetic that looks like a unicorn horn and shoots sparkles. She is everything pure and good in this world. (Via CNN)

(Image via screengrab from The Rachael Ray Show)