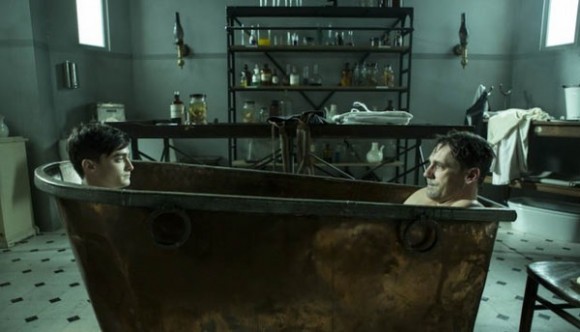 Well we’ve seen Daniel Radcliffe in a bathtub in Harry Potter and the Goblet of Fire but this is something different all together. It’s a shot from Radcliffe’s new film with Mad Men star Jon Hamm, A Young Doctor’s Notebook. In it, Radcliffe plays the younger version of Hamm’s character. And this is extremely bizarre. (via Collider) 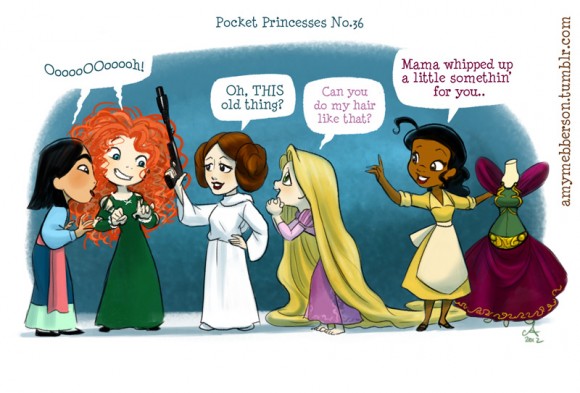 Amy Mebberson shows us how her Pocket Princesses would welcome Princess Leia into the fold. I love how Mulan and Merida are all about the weapons.

This is what the Necronomicon looks like in the new Evil Dead film. Crossing fingers the face comes later. There’s a shot of the interior at io9.