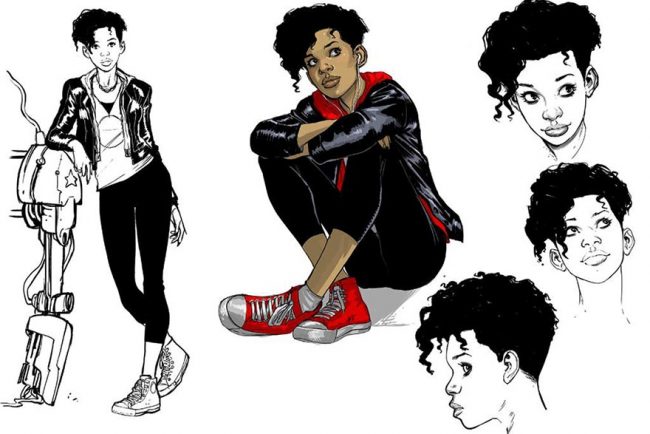 Yesterday, comics fans got into a bit of a tizzy (some of us got into a bigger tizzy than others) about a variant cover for the upcoming first issue of Invincible Iron Man featuring Riri Williams looking way too sexualized for a 15-year-old character. The cover was originally a store variant for Midtown Comics in NYC, and now Marvel and Midtown have decided to pull the cover. The cover by J. Scott Campbell with the same pose, but wearing armor, is still available. Meanwhile, Marvel released interior artwork and sketches by Stefano Caselli who’ll actually be drawing Riri most of the time. That’s better, Marvel. Way better. For more info check out HitFix HERE and HERE.

Shadow and Act provides the video of actor David Oyelowo’s recent speech at the BFI London Film Festival’s Black Star Symposium where he talked about…diversity, a topic he’s admittedly sick of. Definitely watch the entire speech. It’s about half an hour long, but it’s so worth it.

That’s it from us, kids! What did YOU see today?