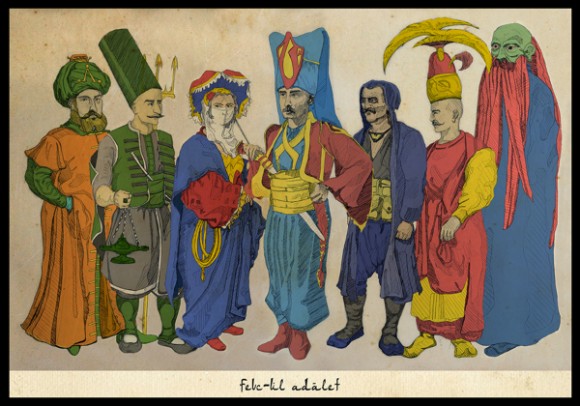 The Justice League meets the Ottoman Empire, by Ben Senturk. My inner history nerd is freaking out so much right now. Hit the link for individual shots, plus Ottoman-style Joker. (Geek-Art) 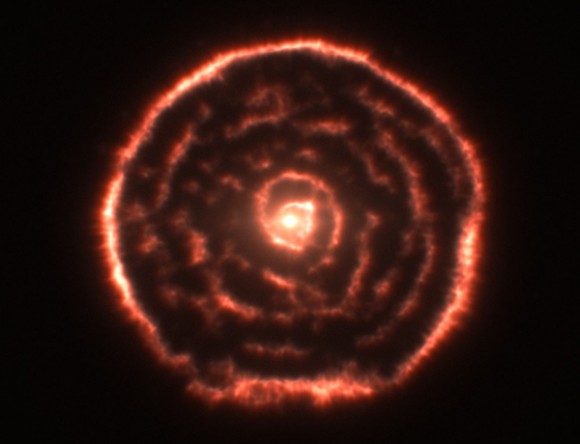 Astronomers have gotten a picture of a glowing red spiral star system that looks an awful lot like the time vortex from Doctor Who. (New Scientist)

Seen yesterday at New York Comic Con. The bottom right reads: “My mom made them for me. Please give them back.” (Comics Alliance)