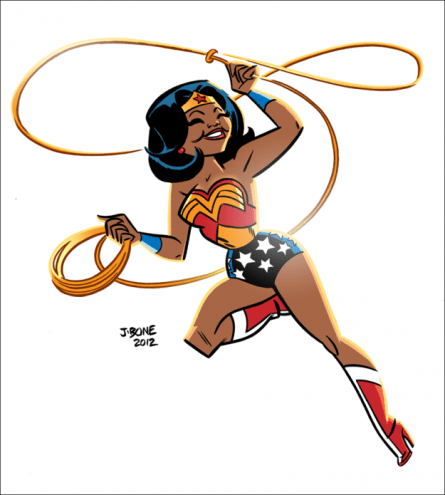 Artist J. Bone was so impressed by Michelle Obama’s speech at the Democratic National Convention, he decided to depict her as Wonder Woman! (via Robot 6)

Mmm TARDIS latte. There’s one more at Buzzfeed but I’m pretty certain that one is photoshopped.

And finally today, for your listening pleasure, is J.R.R. Tolkien reading a poem in Elvish. (via Cheezburger)