Things We Saw Today: Uncle Joel Wants You To Save Community 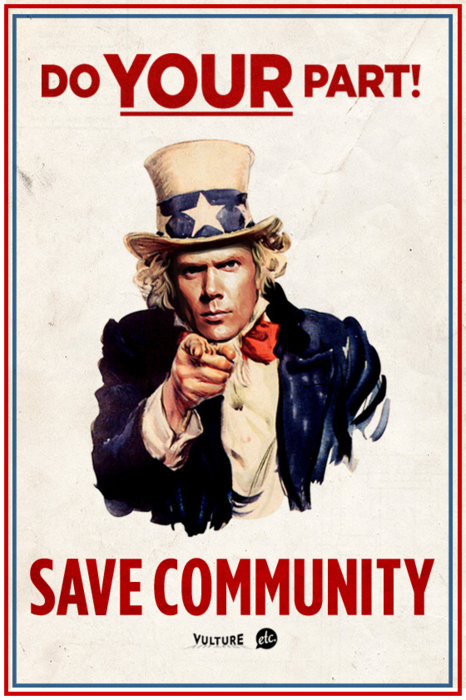 Is Community canceled? No one knows but you can bet your hat the show’s stars aren’t going to go down without a fight. Here’s Joel McHale doing his best Uncle Sam impression. There’s two others on Buzzfeed you might appreciate as well. What else did we see today? Hmm, something that rhymes with “rew Bunder Fames micture…”

You’re right! It’s a new Hunger Games picture! Cinna, Haymitch and Peeta just chillin’ on the couch, like they do. (via Daily Blam) 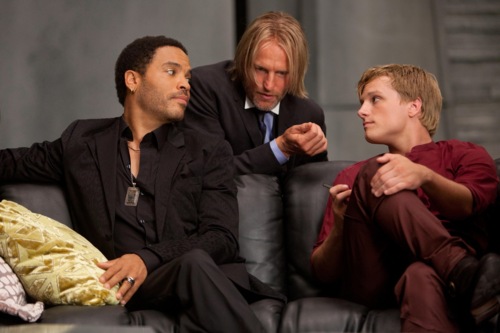 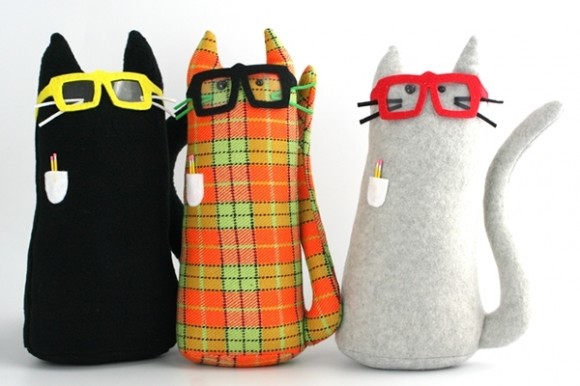 They’re out of stock right now but the Kitty Go Nerdy Plush is one of the cutest things we’ve seen in a while. $29.95 from Neatoshop.

We have an opportunity to reach out to the next generation and inspire today’s girls to pursue science and technology careers,” said Rebecca Keiser, the agency’s associate director for agency-level policy integration and representative to the White House Council on Women and Girls. “Expanding opportunities in these fields will give our country perspectives and expertise that will help us out-innovate, out-educate and out-build the world. It’s key to our future.

The site also features Twitter feeds where girls can interact with and submit questions to the women featured in the films. (via NASA)