Mix drinks, save lives, and chill out with some Greek gods. 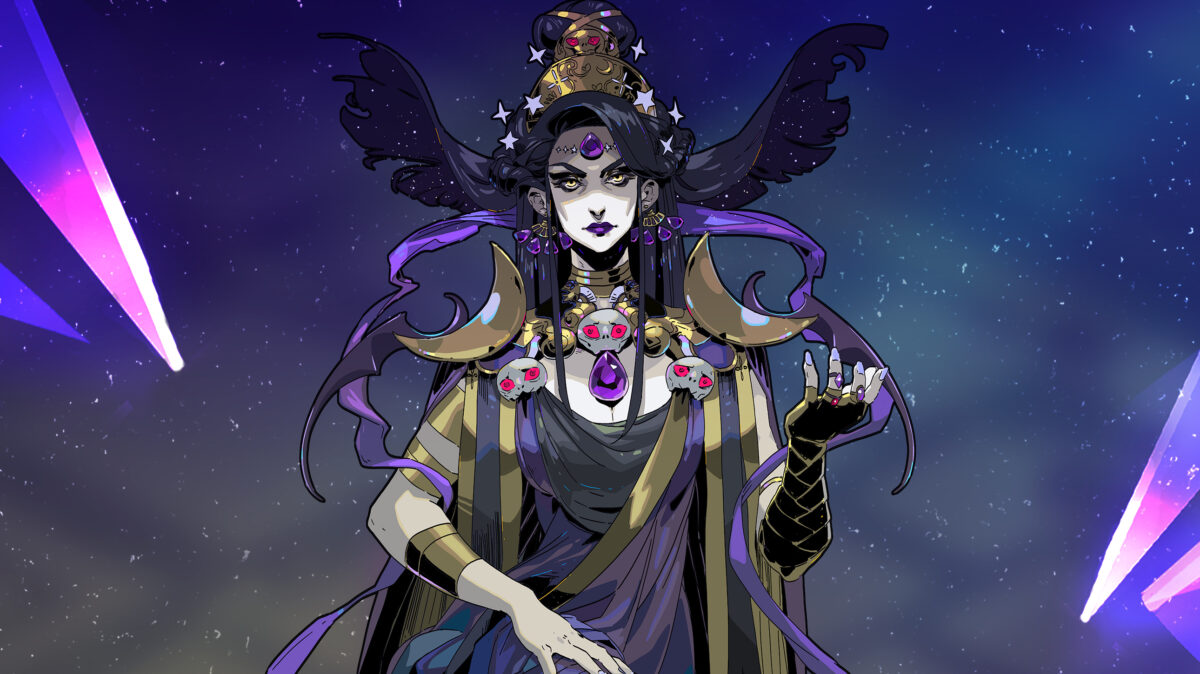 The Nintendo Switch is easily one of the best consoles available for indie gaming. Over the past four years, Nintendo has gone out of its way to expand the eShop’s indie repertoire, turning the Switch into a hybrid console perfect for visual novels, roguelikes, farming sims, role-playing games, interactive fiction experiences, and more. Whether you prefer romance stories, social intrigue, or something with a little more swords and shields, the Switch is a must-have.

There’s no way we could list every single amazing Switch indie game in just one article, there are just way too many. But if you’ve just picked up Nintendo’s hybrid console and don’t know what to buy first, consider some of these classic hits. Some, like Stardew Valley and Among Us, support multiplayer, while others are best enjoyed solo. Each one, though, deserves a space on your console’s (undeniably limited) hard drive. 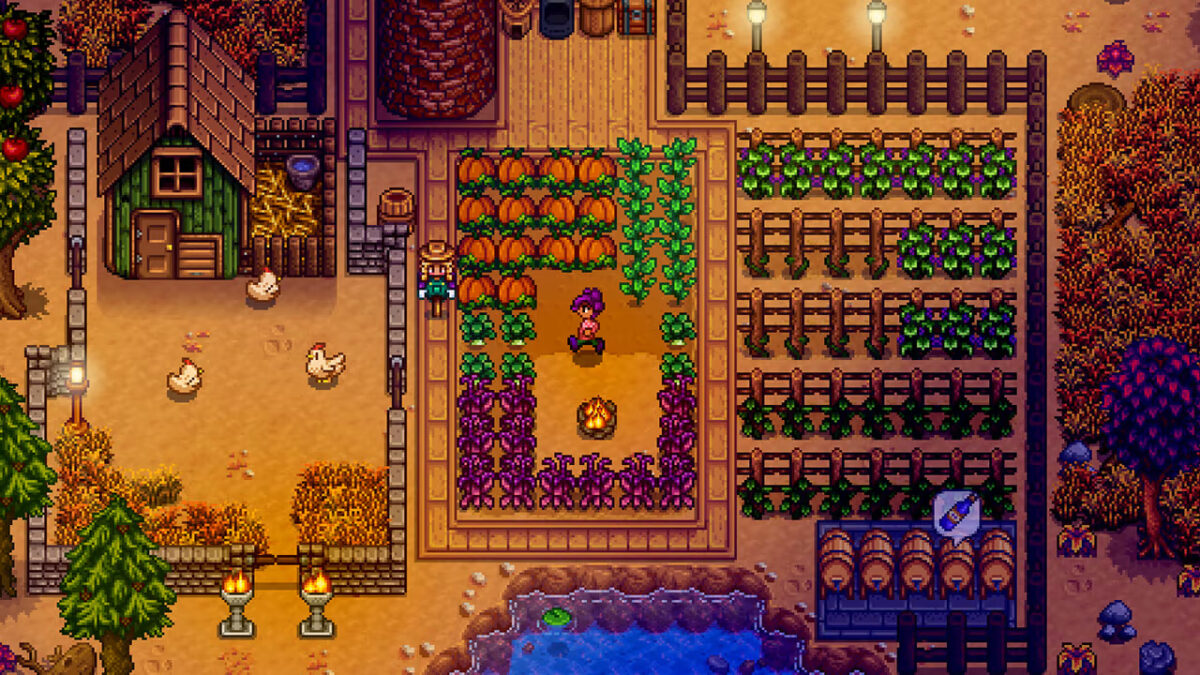 Ever wanted to run away and start your own farm? Well, the opportunity is yours in Stardew Valley. After the player character’s grandfather leaves them an old farm in the country, they decide to quit their grueling office job and live off the land in a tightly-knit rural village. Players spend their days growing crops, meeting the local townfolk, going on adventures, building up friendships, and even finding true love.

As far as farm sims go, Stardew Valley is one of the most laid-back games you could imagine, with crop management easy to learn but complex to master, and friendship and romance routes relatively straightforward (but not without their dramatic intrigue). The game also hosts a co-op mode where players can work on their own farms together, making it a fantastic choice for date nights (and with up to four players supported, yes, the polycule is more than welcome to play together). 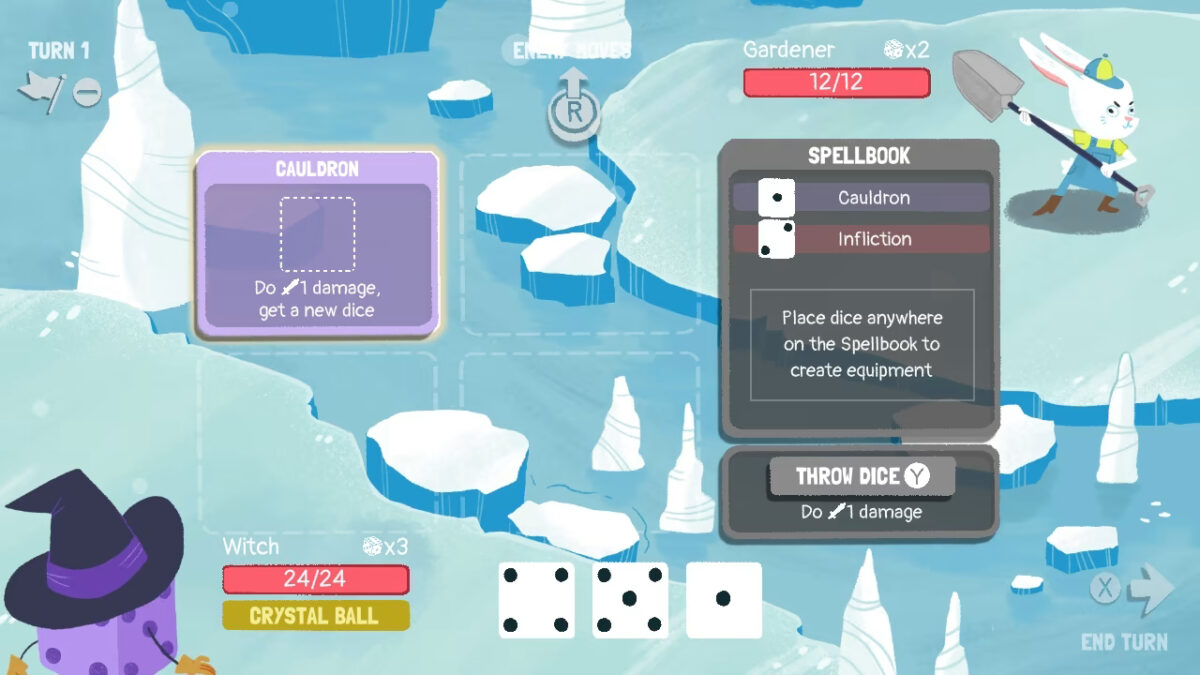 Players pick from a series of anthropomorphic dice with their own special abilities and build a dice deck from spare “equipment” (or cards) along the way, where attacks, heals, and defensive moves are applied via specific dice rolls obtained by the player. For instance, some attacks require low rolls to be used, while others rely on even or odd numbers. Players must build synergy with their characters’ abilities if they wish to advance through the dungeon, making for unique runs every level.

As far as turn-based strategy games go, Dicey Dungeon is supremely clever, and the game’s lighthearted aesthetic makes the whole experience incredibly fun for kids and adults alike. Just make sure you’re ready to do some basic math. 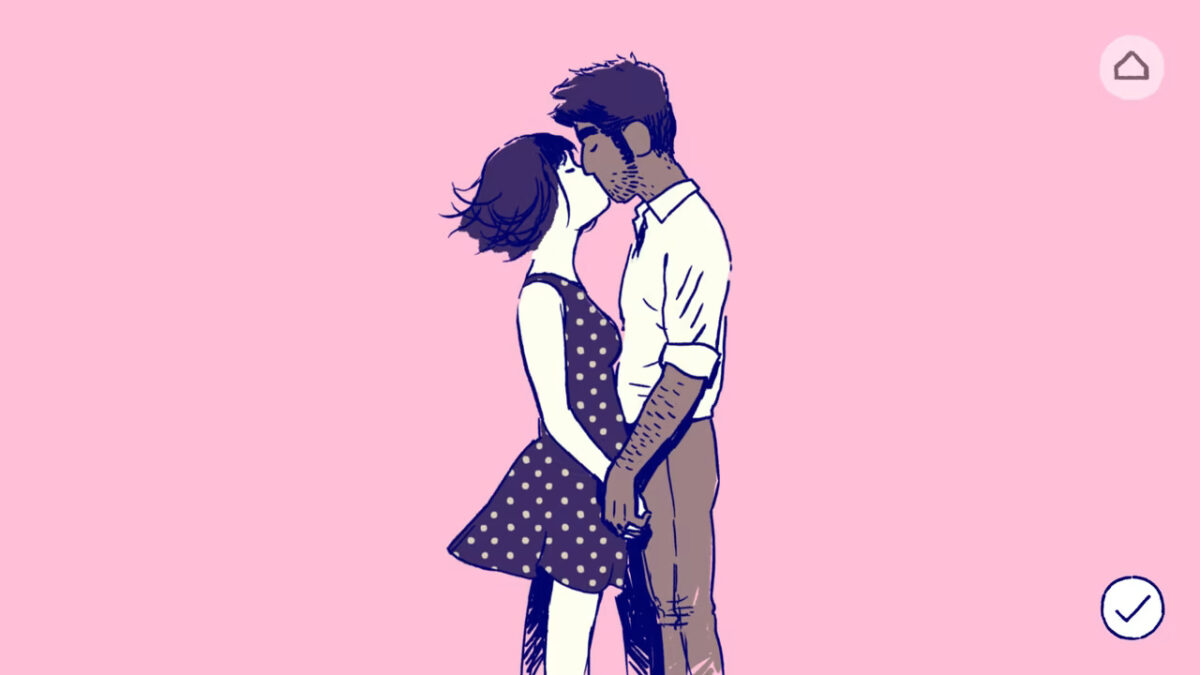 Video games allow us to explore grand adventures where we fight powerful monsters, tyrannical governments, and even vanquish God Himself, if Final Fantasy is your flavor. But games also let us tell stories about everyday life and the deeply meaning intimate relationships we have with others. Florence does exactly that.

The game, told through mini interactive snippets, follows 20-something Florence Yeoh as she meets and falls for a musician named Krish. The game explores how their relationship changes the two, and how the small, delicate moments of intimacy we experience in daily life can change our paths forever. Short but incredibly powerful, Florence shows games don’t need dialogue wheels to portray truly powerful romance. 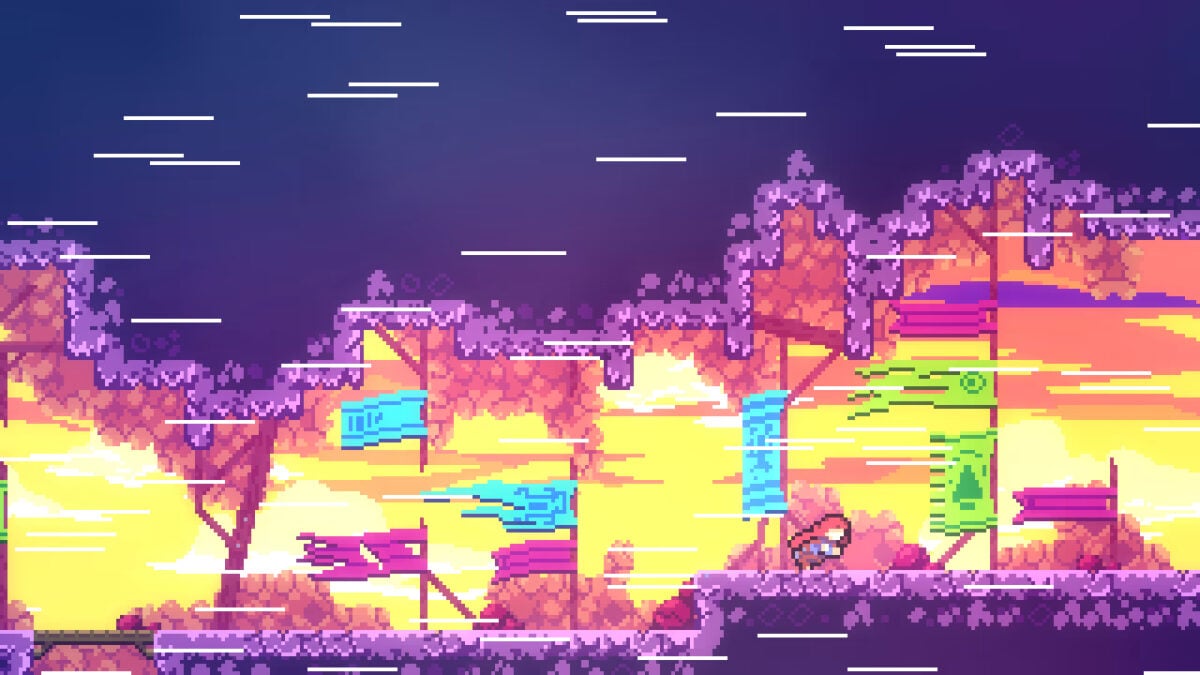 It’s impossible to write a “best-of” list without mentioning Celeste. Developed by Canadian studio Extremely OK Games, this puzzle-platformer stars players as Madeline, a young trans woman who decides to climb the highly treacherous Celeste Mountain. In order to cross the mountain’s dangerous (and oft-fatal) terrain, Madeline must rely on all sorts of parkour skills: Dashing, jumping off walls, and maintaining her own speed and acceleration in order to clear deathly gaps. Meanwhile, she must fend off a strange mirror image of herself, one that, along with the rest of the game’s story, has much to say about mental health, anxiety, and self-doubt.

Celeste is a challenging game. Expect to die a lot as you figure out how to precisely time the right jump, dash, or fall. But while Celeste is hard, it’s not sadistic: Each level is split into individual segments where, after moving on to the next screen, the player can respawn. This assures the 15th (or 150th) death doesn’t punt you all the way back to the beginning of the map, maintaining a difficult-but-fair flow to the platformer’s incredibly entertaining experience. 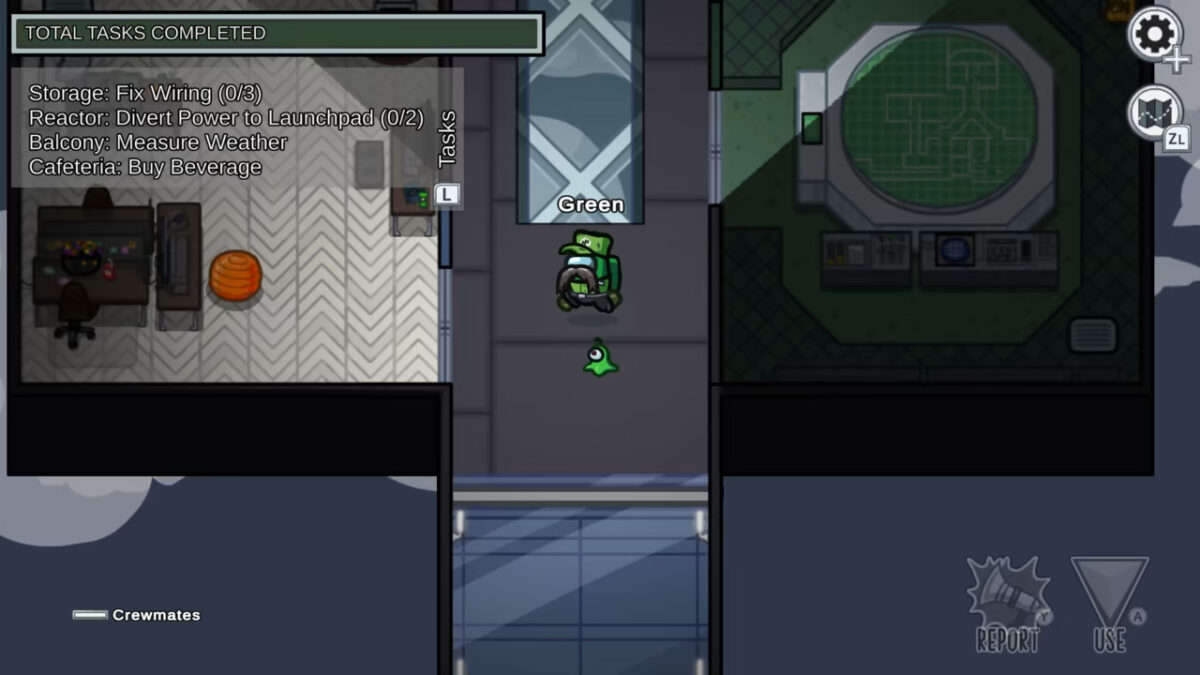 Yes, at this point, you’ve probably heard of Among Us. Up to 15 players get together and run around a futuristic sci-fi map of their choosing as short, armless astronauts. Along the way, players complete little minigames, filling up the level’s task bar to win the game. But while these 12 crewmates go about the level, three players work together as imposters, picking off their opposition one by one until they have the majority. Crewmates must work together to figure out who’s killing them and eject them from the game, lest they die themselves.

Among Us launched in 2018 as a relatively minor indie game, but after Twitch streamers began playing Among Us in 2020, the game saw an enormous boom in popularity that continues today. Thanks to the Switch’s portability, it’s the perfect platform for playing Among Us in bed or curled up on a living room couch. And because the game supports crossplay, Among Us owners on Nintendo Switch can even get together with their friends on PC, mobile, and other consoles without rebuying the game. 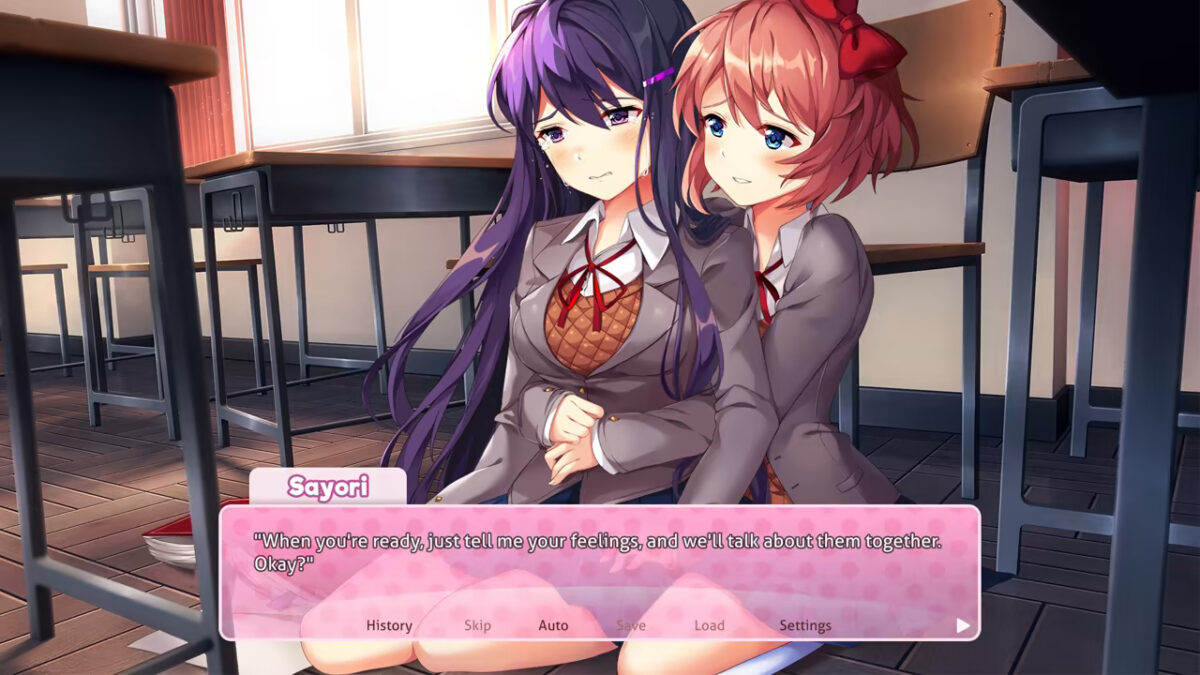 Team Salvato’s Doki Doki Literature Club shook up the PC gaming world when it launched in 2017, introducing players to a horror-themed dating sim visual novel that, well, to say anymore is to spoil the game’s masterfully meta storyline. Nearly four years later, the indie team behind the game decided to bring DDLC over to consoles with Doki Doki Literature Club Plus!, which expands on the game’s original plot with improved visuals, additional side stories, and console-adapted gameplay features.

Be warned, Doki Doki Literature Club Plus! is not for the faint of heart, but as far as horror dating sims go, Team Salvato’s is as frightening as it is touching. You’re practically guaranteed to fall in love with the game’s four literature club members by the end. 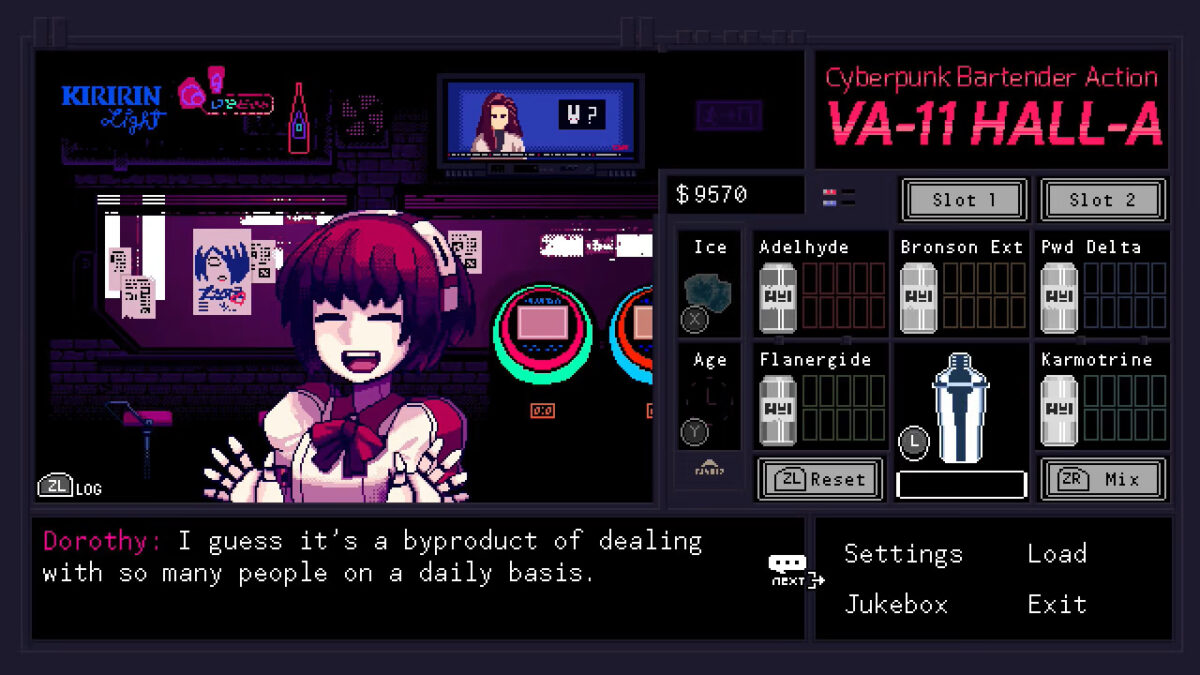 The cyberpunk dystopia is here, and honestly? It sucks. Jill Stingray knows that well, but she’s no soldier nor politician. Instead, Jill serves drinks each night at the titular VA-11 Hall-A, a working-class bar embedded deep in the Glitch City city-state. Players star as Jill, helping her mix drinks for her regulars as they chat away about their daily lives and frustrations. From a charming robot sex worker to a gorgeous professional hacker, there are plenty of deep, complex characters to meet as players help Jill get by in an increasingly socioeconomically tumultuous world. Queer undercurrents flow through the game too, from Jill’s main storyline to her friends chatting about their everyday realities, making VA-11 Hall-A a very chill sapphic experience for LGBTQ players.

Not unlike many of the other games on this list, VA-11 Hall-A is all about its storytelling. Gameplay consists of mixing the correct drinks for patrons and bonding with them along the way. So sit back, grab your preferred beverage (alcoholic or otherwise), and enjoy the story: It’s short, but truly sweet. 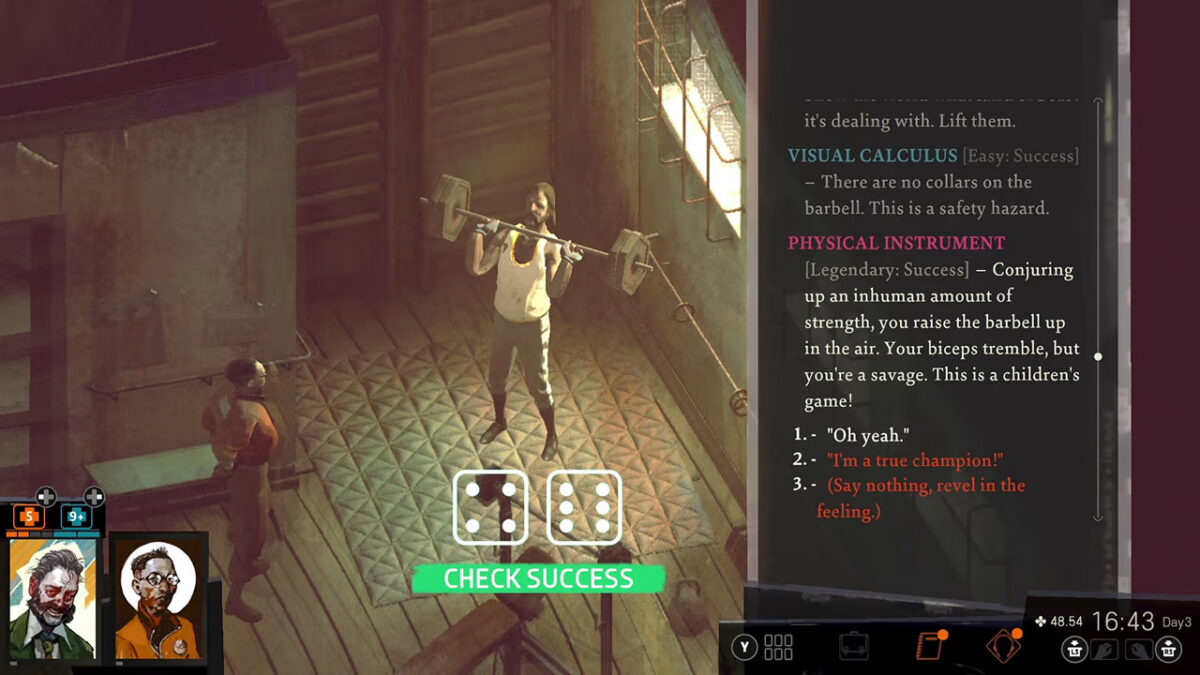 It’s a crapsack world in Disco Elysium, ZA/UM’s groundbreaking computer role-playing games. Players star as a detective with amnesia investigating a supposed homicide in Elysium. Elysium is deeply complicated, featuring shades of fantasy realism amid its rich political commentary on fascism, communism, and neoliberalism. The game’s cast members are written with such complexity and care that Disco Elysium, at times, feels like it’s part of a larger literary series spread across a world that mirrors our own.

But it’s not just Disco Elysium’s story that has captivated players. Not unlike Dungeons & Dragons or Pathfinder, Disco Elysium relies on skill checks to advance through social interactions, and players can only pass these skill checks by honing the detective’s various skills, split across four core abilities. However, skills and abilities aren’t just boons. They come with their own draws, too, as do the game’s “Thought Cabinet” structure, where players can come to believe and own a thought as core to their being. As players continue, they come to build a deeply complicated player character, one filled with paradoxical skills and beliefs, creating a rich psychological portrait rarely seen in most role-playing games. It’s a truly powerful experience, one that makes Disco Elysium a must-buy for Switch owners. 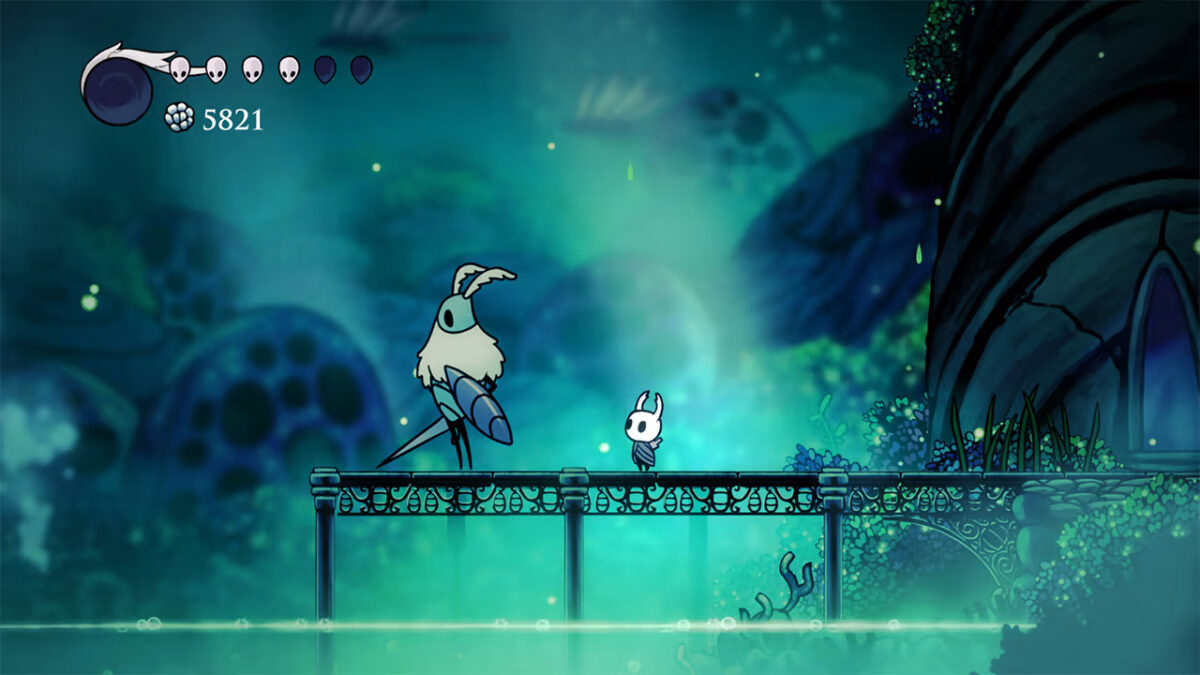 The Nintendo Switch plays home to many fantastic action-adventure games, but few compare to Hollow Knight. Team Cherry’s Metroidvania stars players as the Knight, a miniature, genderless adventurer who explores the cavernous Hallownest’s post-apocalyptic remains. Travel through a forgotten world’s ruins, meet bug friends, do battle with bug foes, grow more powerful to advance through new sections, and chat with NPCs to learn more about the strange, Gothic insect-inhabited world the Knight explores.

Like most Metroidvanias, Hollow Knight gradually unveils its story and lore as players continue to advance through Hallownest’s open-world maze-like terrain. Certainly, Team Cherry’s 2D adventure is fun for its combat and platforming gameplay, but it’s this indie hit’s gorgeous aesthetic and melancholic world that ties the whole experience together. Now, if only Hollow Knight’s long-awaited sequel, Hollow Knight: Silksong, would launch. 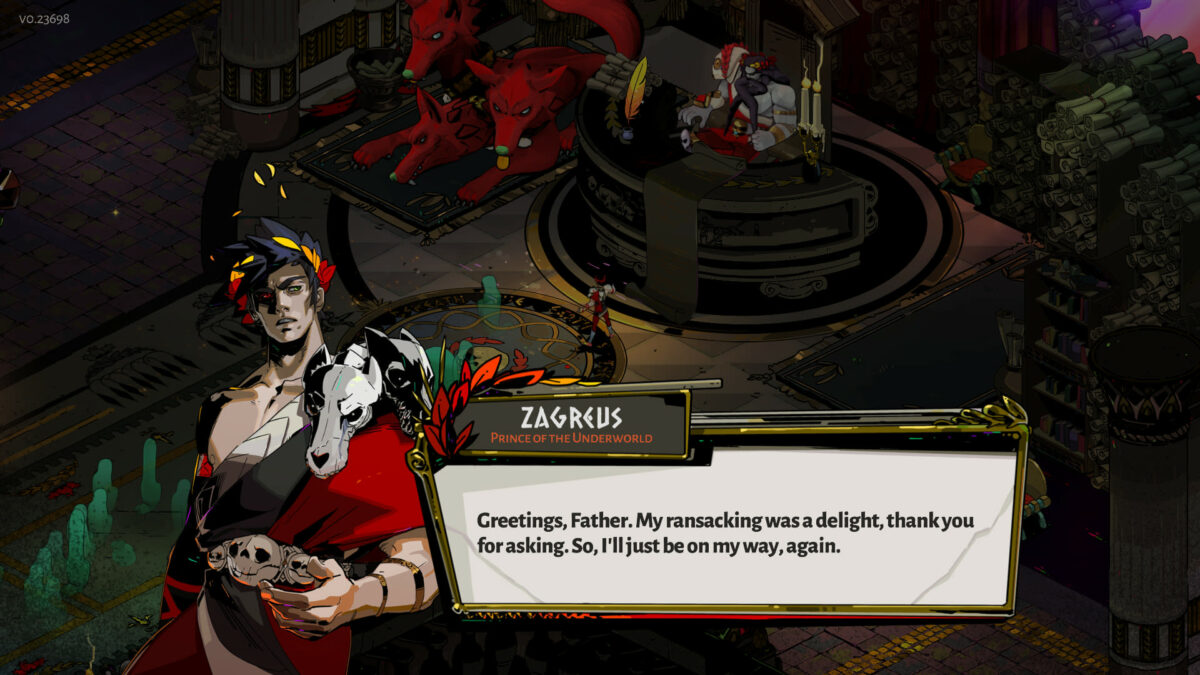 Supergiant Games’ Hades took the gaming world by storm when it launched from early access in September 2020. Part mythological love letter and part Hellenic roguelike, Hades follows Zagreus, the prince of the Underworld who yearns to break free from his tyrannical father’s grasp. Along the way, the gods of Olympus decide to help Zagreus escape. But not even a half-dozen boons can save Zagreus from dozens upon dozens upon dozens of deaths in the afterlife. Expect to die, a lot. Luckily, with each run Zag grows a little more powerful, until he can finally go toe-to-toe with the god of the dead himself.

Hades dangles a chthonic carrot over the player, forcing them to overcome increasingly challenging obstacles as they gain both more power and refine their tactics in battle. But it’s not just the game’s combat that has earned its critical acclaim. Supergiant’s writing, character design, and voice acting provide a fresh take on Greek mythology, a feat in and of itself in an industry where games like God of War and Assassin’s Creed Odyssey already dominate.