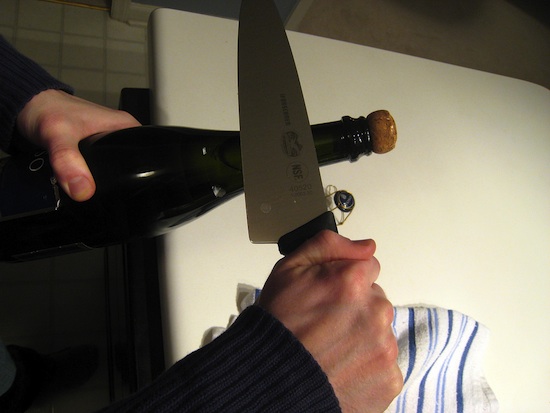 Researchers at Newcastle University wanted to learn more about why our brains make us recoil from unpleasant sounds like nails on a chalkboard or screaming. So they looked at the brains of a group of volunteers (who no doubt regretted their decision after this test) and played them a series of sounds to find where the recoil response was coming from. They also asked people to rate the sounds they heard from most to least pleasant, leaving them with a (slightly less than definitive because of its small sample size) list of the very worst sounds on the planet. At the top? The sound of a knife scraping a bottle.

After rating 74 sounds, participants in the study found these ten to be the worst.

The study, published in the Journal of Neuroscience, imaged subjects’ brains while they were played a series of sounds ranging from soothing to godawful, and also shed some light on why we recoil from unpleasant sounds, finding that sounds in the 2,000 to 5,000 Hz range tend to trigger a response in the amygdala, a region of the brain responsible for regulating emotion and fear responses. That makes some sense, as one of the most glaring sounds of danger — a fire alarm — rests right in the middle of that range at about 3,200 Hz.

Researchers also released a list of the four sounds rated the least unpleasant, including applause, a baby laughing, thunder, and flowing water. This, of course, means that the most pleasant sound in the world is a baby sitting next to a river and laughing at a thunderstorm while people nearby clap. Which doesn’t actually sound too pleasant, but hey, what do we know?