New Study Suggests Why Nails on a Chalkboard Hurts Our Ears 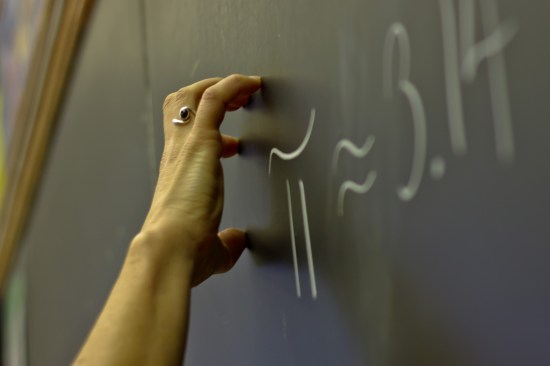 Most people take for granted that the sound of nails on a chalkboard is unpleasant, but most have probably never wondered why. That was not the case for Michael Oehler of the Macromedia University for Media and Communication and University of Vienna’s Christoph Reuter, whose new research into the unpleasant sound may have found the root of our dislike.

In their research, the two musicologists looked at both physical and psychological reactions to unpleasant sounds. In their experiments, they played the much-maligned sound of nails on a chalkboard to participants as well as other hated sounds such as squeaky styrofoam, forks scrapping against dinner plates, and chalk against slate. Sometimes they told respondents the true source of the sound and in others told them that the sounds were from a musical composition. On the physical end of the experiment, the researchers monitored various vital signs of the participants while the tones were played.

The results were fairly dramatic. Not surprisingly, a strong psychological component was identified by the researchers. When asked to rank the sounds on a scale of unpleasantness, participants that were told the sounds were from a musical composition consistently found the sounds more bearable than when they were told the true source of the sound.

The most impressive results came in the physiological measurements taken by the researchers. They found a dramatic change in skin conductivity when unpleasant sounds were played, showing a distinct physical reaction to the sound. The researchers also pinned down the frequency range of skin-crawling sound to between 2,000 and 4,000 Hz — which is the same range as human speech. Amazingly, when these frequencies were filtered out and the sound replayed, participants had no trouble listening to the sound.

The range of frequencies for unpleasant sounds is also important because of the structure of human ears. Our ears are shaped in such a way that they amplify frequencies between 2,000 to 4,000 Hz. The researchers believe that the chalkboard sound, and similar tones, are unbearable because the amplification is so great to the point that it becomes painful.

This current round of research builds on the surprisingly large amount of research already done on the nail-and-chalkboard reaction. Previous, albeit debunked, research pinned the source of human’s adverse reaction to the sound on similarities between it and primate warning calls. More recent, and sustained research, found that it was the mid-range frequencies that upset people the most.

With this research, one hopes that the scourge of unpleasant sounds will finally be lifted from everyday life. I invision a future with noise-canceling devices in every classroom, office, and home that can protect us from the wretched range of frequencies that so disturb our fragile bodies. So what if that happens to the be the same range as speech? That’s small potatoes compared to unpleasantness. We can do this, people; we have the technology.

(via Wired,image via Sharon Drummond)