Dentist Drill Plays Music Over Drill Sound, Still Feels Like A Drill In Your Head 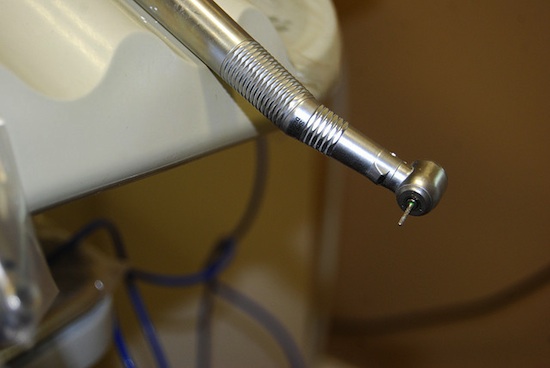 The dentist’s drill has to be one of the most dreaded sounds in the history of time, a shrill and instantly identifiable shriek with a reputation as a precursor to nightmarish pain is perhaps only matched by the sound of a televangelist talking. A dental surgeon in India has developed a dental drill that plays its own music while drilling, drowning out the distinctive noise of the drill. Now if only he could do something about the fact that the thing is a drill inside of your head, which, really, has always been our primary complaint, rather than the noise.

The device also operates with an ingenious bit of feedback for the dentist. Its volume is controlled by how wide the patient opens his or her mouth, meaning that if the patient doesn’t want to hear the drill, they have to open nice and wide, saving the drill’s operator from making constant admonishments to do so. Because let’s face it, they’re probably as tired of saying it as you are of hearing it. While Dr. Dhanni Gustiana initially developed the drill to take the fear out of procedures for her younger patients, the music has also caught on with adults, presumably because an undying terror of the dentist’s drill is something no one ever really grows out of. Which is perfectly damn reasonable.

This sort of thing may be old news to dental patients in the States, where many of us have grown accustomed to music, movies, and other creature comforts meant to distract us from the fact that a person if jamming a series of jagged metal objects into our faceholes. Considering that at least one of these objects is also spinning at a tremendous rate and sending chunks of our teeth flying out of our mouths, these attempts at distraction have, in this reporter’s experience, met with limited success, though it’s safe to say that most us appreciate the effort that goes into them. It is, after all, the thought that counts.

In many parts of the developing world, India included, dental surgery remains as unpleasant as it is necessary. A way to make those procedures even a little more pleasant without breaking the bank on expensive and cumbersome sound systems would be a welcome advance for dentists and their patients.