The BBC Is Telling the Story of the War of the Roses From the Women’s Perspective, and It Looks Amazing 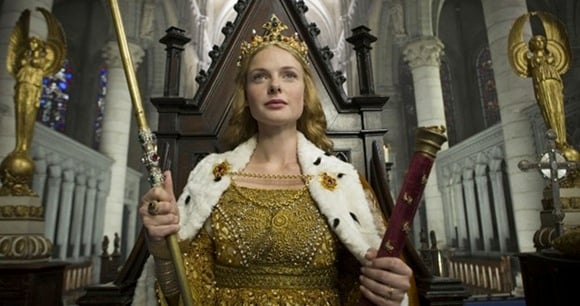 The recently released promo pics from the upcoming BBC drama The White Queen, which tells the story of the War of the Roses from the perspective of the females involved, have really, really made me want to watch the show. Granted, it was announced a few months ago and I’m only hearing about it now, so my excitement comes less from a sense of “Hey, these are cool promo stills” than “OMG, a British history epic from a female perspective! Give it!”

I don’t know much about the War of the Roses, but reading about The White Queen makes me want to find out more. (Even though, to be technical, the show is based not on the history itself but on Phillippa Gregory‘s historical fiction series The Cousins’ War, which isn’t 100 percent historically accurate. But we can’t have it all.) The show will focus on Elizabeth Woodville, the first commoner to marry a British king (how has someone not made a series about her already?); her political opponent Margaret Beaufort; and Anne Neville, daughter of “Kingmaker” Lord Warwick and political player in her own right, at least if this show (or, er, history) is going where I think it is.

It’s is one of the most ambitious shows the BBC has ever done and was shot over 125 days in Belgium on a budget of just under $40 million. It will consist of 10 hour-long episodes and will start airing next year.

The number one reason I’m looking forward to this show is history geekery. Number two is female political power players, huzzah! Number three is that I’m riding high on a love of British drama after having found and devoured ’50s period drama The Hour over the last several days (I’m addicted now). However, there are a lot of smaller reasons to be excited about The White Queen, too. And they are, in handy list form: