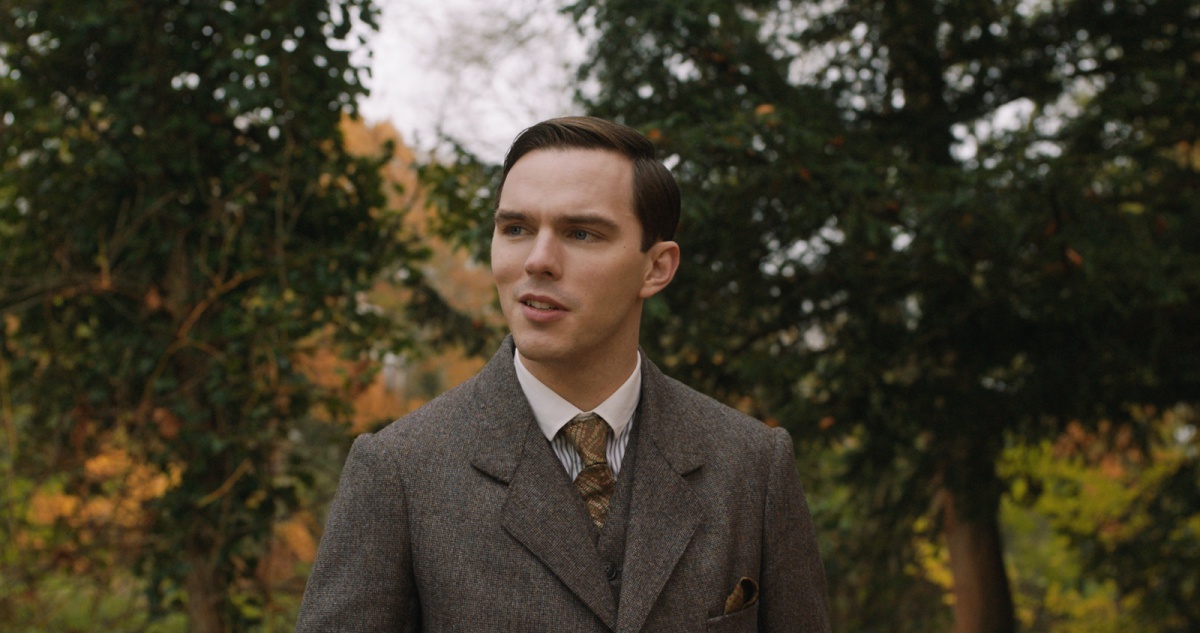 In a few weeks, the Tolkien movie, starring Nicholas Hoult as the titular author, will arrive from Walt Disney & Fox Searchlight, and the estate for J.R.R. Tolkien has released a statement saying that that they “do not endorse [the film] or its content in any way,” according to The Guardian.

Tolkien is meant to explore “the formative years of the renowned author’s life as he finds friendship, courage and inspiration among a fellow group of writers and artists at school,” directed by Dome Karukoski with Les Miserables‘ Lily Collins as Edith Bratt, future wife of Tolkien. A spokesperson for the family and estate told the Guardian that the statement was intended to make their position clear, rather than foreshadow any future legal action.

John Garth, author of the biography Tolkien and the Great War, lent his thoughts to the statement, saying that it was more a way to make sure there was a line between the historical and fictionalized:

“Biopics typically take considerable licence with the facts, and this one is no exception. Endorsement by the Tolkien family would lend credibility to any divergences and distortions. That would be a disservice to history. As a biographer, I expect I’ll be busy correcting new misconceptions arising from the movie. I hope that anyone who enjoys the film and is interested in Tolkien’s formative years will pick up a reliable biography.”

This isn’t the first time that members of the Tolkien family have made their feelings clear about attempts to expand upon the Tolkien legacy. Christopher Tolkien, son of the author, said back in 2012 that, when it comes to making more Lord of the Rings or related material, “Tolkien has become a monster, devoured by his own popularity and absorbed by the absurdity of our time” and that “the commercialization has reduced the aesthetic and philosophical impact of the creation to nothing.”

When it comes to Tolkien, he’s worth exploring as a historical figure, as in addition to crafting The Lord of the Rings, he was a poet, philologist, and academic. He also served in World War II and was a member of the “Inklings,” an informal literary discussion group made up of all the literary elite of that time: Owen Barfield, J. A. W. Bennett, Lord David Cecil, Nevill Coghill, Hugo Dyson, Adam Fox, J. H. Grant III, Roger Lancelyn Green, Robert Havard, C. S. Lewis, Warren Lewis, and Charles Williams.

Honestly, as much as we complain about watching white men talking, I’d watch these white man talk if only to yell back at the screen. Still, when it comes to the future of the estate, they did sell rights to a new Lord of the Rings television series to Amazon for $250m, so, you know, we shall see what happens.

(via The Guardian, image: Fox Searchlight)