"This is it: the dawn of the age of superheroes." 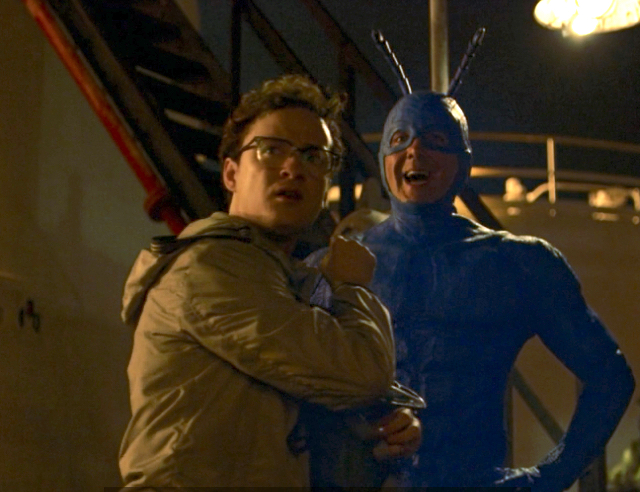 Amazon Prime Video recently premiered the pilot episode of The Tick reboot, about which I remember feeling some skepticism. Here’s the thing though: the pilot episode is actually … really fun? For real, though! It doesn’t feature Patrick Warburton in the lead, but Peter Serafinowicz’s version of the character charms in an equally unusual and heart-warming way. I can’t explain why it works, but it does. (Feel free to watch it on Amazon Prime yourself, if you’ve got an account, and find out whether you dig it.)

Anyway, I’m not the only person who liked The Tick‘s pilot. It turns out a whole bunch of people watched it—enough for Amazon to order an entire series’ worth of episodes featuring the reboot cast. Polygon reports that the pilot has been viewed more than 15,000 since it launched.

By the way, Amazon Prime also tested out two other pilots alongside The Tick, for shows called I Love Dick and Jean-Claude Van Johnson (the second of which stars actor/martial arts aficionado Jean-Claude Van Damme, playing a comedic parody of himself). Apparently, those other two shows did very well too, and all three will be receiving a full series order for Prime. The three new seasons will pop up online in 2017.

Originally, Amazon was encouraging subscribers to vote for which of the three pilot episodes they liked the best, but the votes must have been pretty evenly split—or perhaps all three shows got enough views that the voting system became irrelevant. Watch out, Netflix! Amazon Prime—and The Tick‘s new age of goofy superheroism—is comin’ for ya.