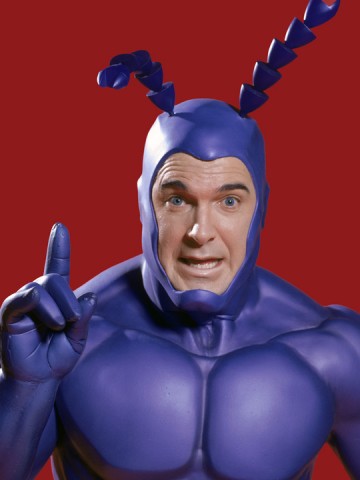 Live-action cult superhero show The Tick has planned to return ever since 2014, when Amazon’s streaming service first expressed interest in reviving the idea. Back then, the show’s original star Patrick Warburton was still on board to reprise his role — but now that Amazon has officially ordered a pilot, Warburton no longer plans to take on the lead, Deadline reports.

Patrick Warburton does plan to serve as executive producer for the Amazon pilot, however. The series is currently seeking a replacement actor to take on this enigmatic role. Ben Edlund, who originally created the comic book character in 1986 and who later led up the animated and live-action adaptations, will once again serve as writer and executive producer this time around.

It isn’t clear whether any of the original actors from the 2001 live-action The Tick will return, but so far, none have been announced. The roles of Arthur and Dot have already been recast: Griffin Newman will play the part of Arthur Everest, with Valorie Curry signed on to play his sister Dot Everest in the pilot episode.

Although it’s good to hear that Ben Edlund is still writing and producing, with Warburton still part of the creative team, it’s hard to imagine this cult hit returning without Warburton in the lead role again. Is there any comedic actor that you can picture taking on this unusual part and giving it the same level of inexplicable charm?

(via Polygon, image via TV Guide)