Is It Cool To Be A Geek Or Should We Still Get Offended By The Term? 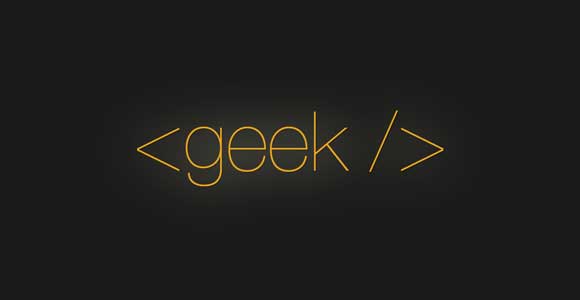 A lot of people in the geek community have differing opinions on what they like to be called or call themselves. Personally, I have no problem identifying myself as a geek girl, geek, nerd, dork, etc. but not everyone is so comfortable. But what happens when you travel outside our relatively small, close-knit, group? Do people still see the term “geek” as derogatory, or on the contrary, do more people consider themselves “geeks” than ever? Turns out, the answer is yes to both.

MSNBC reports survey results from IT recruiter firm Modis. In honor of Geek Pride Day, they attempted to find out about “geeky attitudes in the United States. “Of the 1,008 Americans 18 and older who took the telephone survey in late April, just 17 percent identified themselves as “geeks,” defined by items such as being a technology addict or a go-to person for tech advice. (Social awkwardness and working in the tech industry or in IT were down at No. 5 and No. 6, respectively.”

They conducted a similar survey last year in which they found the word “geek” was associated to favorable attributes. Depending on what you’d consider a geek though, it seems as though a good percentage could be considered one.

But if tech addiction is a criteria, most of us qualify. In the survey, 70 percent of all participants said they would have a hard time going for a whole day without one of eight devices, such as a smartphone, computer or MP3 player.

And many forms of addiction are common 66 percent of all people admit to using technology in “inappropriate” places or at inappropriate times. That includes at the dinner table or behind the wheel (32 percent each) or at a funeral (though only 5 percent did that).

Spending more time online than off was another indicator of being a geek according to Modis. But just because the firm thinks so, doesn’t mean everyone does. “When you hear the term geek, the [reaction] immediately is defensive,” said Jack Cullen, the president of Modis. “But as people look into the definition and think more on it…they take a sense of pride in it.”

Again, not everyone feels the same. Recently, USA Archery CEO Denise Parker called the sport “geeky” in reference to a discussion on it and The Hunger Games on NBC Nightly News. “If we’re brutally honest, is a bit geeky; it’s a geek sport,” she said. To which US Olympic hopeful Jake Kaminski said:

I would prefer to see this sport grow in a non joking manner. I do not like how we are always made a mockery of. Are track and field athletes called ‘geeks’? Didn’t think so.

Ouch! Why is the assumption that geek-named things can’t be serious? I’m pretty sure physicists take their job pretty seriously too but I know at least one who doesn’t mind being called a geek. Unfortunately Kaminski wasn’t alone and Parker was forced to make a statement on the USA Archery facebook page.

[I was] referring to the word’s more modern definition: “A person who has chosen concentration rather than conformity; one who passionately pursues skill (especially technical skill) and imagination, not mainstream social acceptance.” To me, it was meant to describe the sport as being not-mainstream and unique, which I find very cool about our sport.

I understand and appreciate why some have been offended by the phrase “geek sport,” which can have other connotations, and just want to apologize to any people I have offended with the statement. It was a poor choice of words, and I am sorry.

I know there are a lot of old-school geeks who get angry as more and more people call themselves “geeks,” but I’m  of a mind to be inclusive to anyone who wants to call themselves…whatever they want to call themselves. I wasn’t always comfortable with it, I certainly kept things to myself in high school for fear of being outed as one, but in the last few years myself and lots of others have come to embrace the term as something positive. And I certainly don’t let past negative experiences with the word get in the way of having fun. It seems we have more work to do to let the rest of the world know that geek isn’t a dirty word anymore if people still get this upset over being called one. Though sometimes I forget the world is more than just my twitter buddies.

(via MSNBC, Wired, image via)