The Simpsons Does Not Take Place in Oregon | The Mary Sue

Actually, The Simpsons Does Not Take Place in Oregon 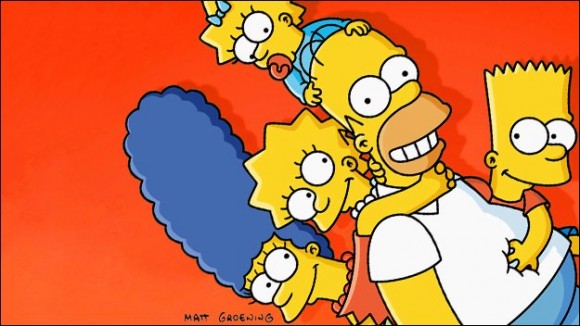 Hey, remember that time earlier this week when Matt Groening, the creator of The Simpsons, said that the town of Springfield, where the show takes place, is located in Oregon? It was an announcement that dispelled over two decades of speculation as to where this generic-sounding town was in these United States. Well, you can forget about it — Groening says he’s been misquoted, and The Simpsons does not take place in Springfield, Oregon. But I hope Portlandia does a sketch about this anyway.

On Tuesday, Groening did an interview with Smithsonian Magazine in which he mentions that his inspiration for the fictional town of Springfield came from a town of the same name next to his hometown of Portland, Oregon. He went on to add that whenever someone would ask him which Springfield the Simpsons were from — there are Springfields in most of the 50 states, including Massachusetts, Kentucky, Wisconsin, and Michigan — he’d just say “Yes!”:

However, the quote that everyone ran with was this one:

Springfield was named after Springfield, Oregon. The only reason is that when I was a kid, the TV show “Father Knows Best” took place in the town of Springfield, and I was thrilled because I imagined that it was the town next to Portland, my hometown. When I grew up, I realized it was just a fictitious name. I also figured out that Springfield was one of the most common names for a city in the U.S. In anticipation of the success of the show, I thought, “This will be cool; everyone will think it’s their Springfield.” And they do.

And then, everyone was all “The Springfield in The Simpsons is in Oregon! Therefore, The Simpsons takes place in Oregon!” Even I was fooled, offering it up as a bonus question at trivia night on Tuesday. But alas, as Geekosystem pointed out, just because the town was named after Springfield, Oregon doesn’t mean that the show takes place there. In fact, in an exclusive interview with TV Guide, Groening said Springfield might now mean something else altogether:

Executive producer Al Jean says that Groening has told that very same Springfield, Oregon story for years, and that the location of The Simpsons is “an every town.” Unless you choose to believe this is all a publicity stunt:

“[T]here is no specific state that Springfield is in, and we will never reveal that secret… except this coming Sunday at 8,” he quips.

So, we’re just going to have to keep speculating. The real location of Springfield, as Groening hinted, will be the Rosebud of the long-running animated series. The world may never know…