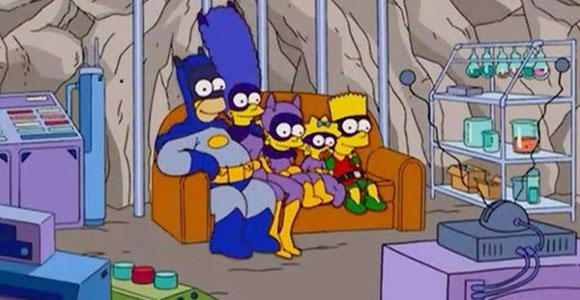 The opening credit sequence for The Simpsons has changed throughout its 20+ year run but one thing has always stayed the same. Well, sorta. I’m talking about the classic couch gag that ends each one. It’s a new idea every time and now Fox would like to hear your ideas. The incentive? It could wind up on television.

Even though I haven’t watched The Simpsons or a while, the couch bit was always one of my favorite things to watch for. Well Executive Producer James L. Brooks think this particular contest will change your life. And his. Why? I don’t know, just go with it.

We’ve created hundreds and hundreds of Couch Gags during the past 20 years. Now it’s your turn. Submit your written idea for a Couch Gag (100 words or less) to appear in the opening credits of The Simpsons, and if your idea is selected as the winner, we may actually animate it.

They’re not giving anyone a guarantee it seems but if it’s a quality idea, they say it could air on the May finale of 2013. Think you’ve got a good one? You can enter here.

“Producers will choose up to three submissions to be announced in January, with an illustration of each to be posted to thesimpsons.com/couchgag,” writes Deadline. “Fans will then have the opportunity to vote for their favorite, with the winning idea animated by Film Roman.” Apparently you’ll also be flown to Hollywood if you win.

Executive Producer Al Jean said, “I’ll be the first person to log on and say ‘Worst. Couch gag. Ever.'”