The Real Enemy of Democracy is Mitch McConnell 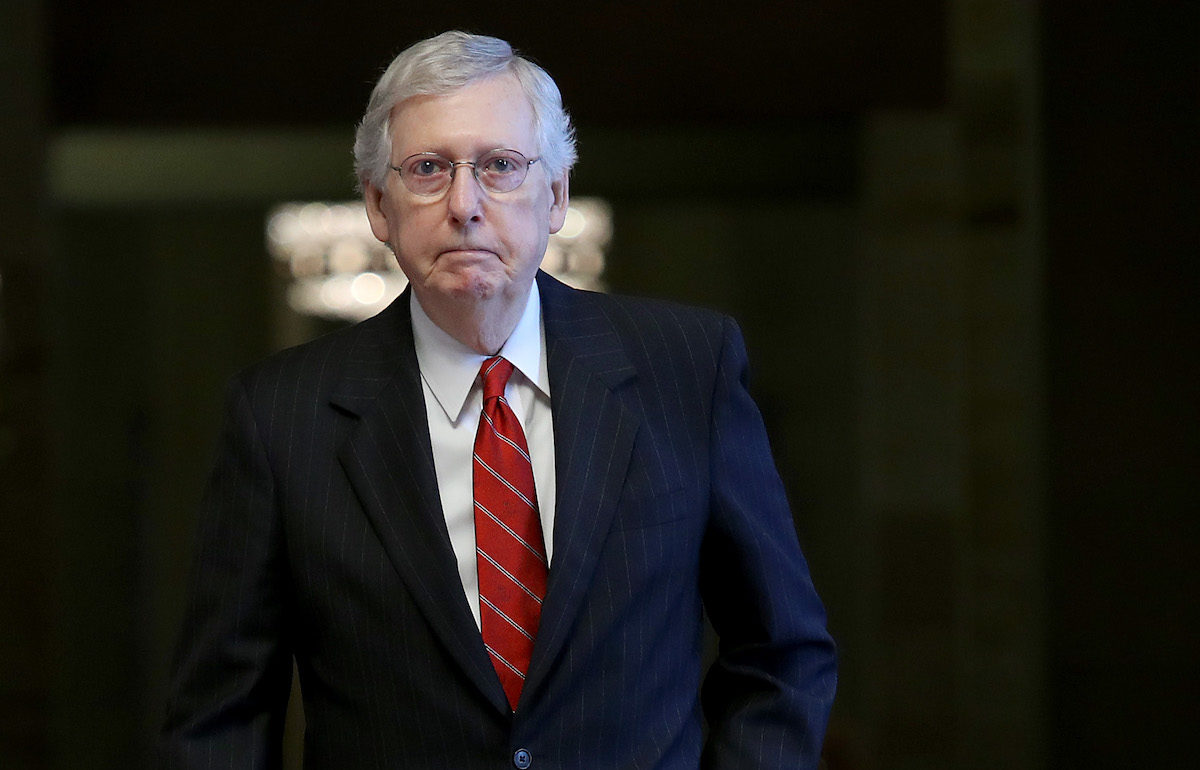 We’ve said it before and we’ll say it again: Mitch McConnell is the worst person in congress. Just terrible. The tortoise in a suit who so gleefully kept Barack Obama from appointing a new Supreme Court justice continues to abuse his power as Senate Majority leader, assuring that nothing gets done in Washington, and bad people will never be held accountable.

McConnell’s latest swim in the swamp is to continue doing what he does best: absolutely nothing. McConnell has raised doing nothing to an art. He’s the Einstein of stifling democracy simply by inaction. He’s saying that now that the impeachment cat is out of the bag, he won’t be passing any bills but Alexandra Ocasio-Cortez lays out why that’s ridiculous:

I love how McConnell is saying “since you’re impeaching, NOW we’re not going to pass bills.”

What does he mean, now? Mitch McConnell hasn’t done a damn thing all year.

He literally brags that his office is a graveyard. We passed gun safety in Feb & he STILL hasn’t held a vote.

McConnell likes to be called the Grim Reaper when it comes to stopping legislation in it’s tracks. And boy has he done that since Democrats took back the House. He’s kept any progress from happening simply by refusing to hold votes on anything besides the most basic bills to keep the government funded and that’s ridiculous.

The House has passed 250+ bills this session including gun safety legislation, election security, prescription drugs, DACA protections among others. McConnell has basically let it all die except for must-pass aprops bills

A man who represents a state of only four million voters is holding the country captive. It can be argued that the structure of the Senate, which provides for disproportionate representation, is partly to blame here and that wouldn’t be inaccurate. But as of now, we’re pretty much stuck with what the Constitution gave us, even if the power McConnell now abuses comes from a compromise to protect the interest of slave owners. (Again, whole other mess). As the cherry on top, Trump is taking the inaction by McConnell and using it for more lies to accuse Democrats of doing nothing.

We know what Trump is saying here is bullshirt, but the base that believes everything this man tweets won’t get that. You wonder why Trump isn’t mad at McConnell for doing nothing, aside from partisanship? Well it’s because McConnell is the toadie that’s kept up Trump’s interest and and it’s Mitch McConnell who can stand the way of impeachment proceedings. It’s the House of Representatives that will need to pass articles of impeachment, if the go forwards; but it’s the Senate that is empowered by the constitution to actually hold an impeachment trial, but will McConnell actually do it?

Now, before there was an actual impeachment inquiry happening, McConnell  told NPR that “if the House were to act, the Senate immediately goes into a trial.”  So he’s on the record saying he should, in this case, follow the Constitution and do his job. but we can’t expect a man who continues to flout democracy and who’s in the pocket of Trump and the Russian Interests that control the orange one to show any sort of decency or integrity. As long as Moscow Mitch is in power, nothing Democrats do will get past the roadblocks he puts up in front of them and that’s awful and terrifying. One man without morals or a chin could keep us in this mess, and that shows just how broken the system is.

But there is some hope, theoretically. McConnell is up for reelection in 2020, and he’s the most unpopular senator in the country. That’s not nationally, that’s in his home state. Since his last electoral fight, McConnell has blocked the confirmation of Merrick Garland, become Trump’s human shield against accountability and generally his state behind. Democratic challenger Amy McGrath is banking on Kentucky voters finally seeing how much their Senator has hurt America. Let’s hope she succeeds.