Senate Candidate Amy McGrath Is Running on a Very Convincing Platform: That Mitch McConnell Is the Worst 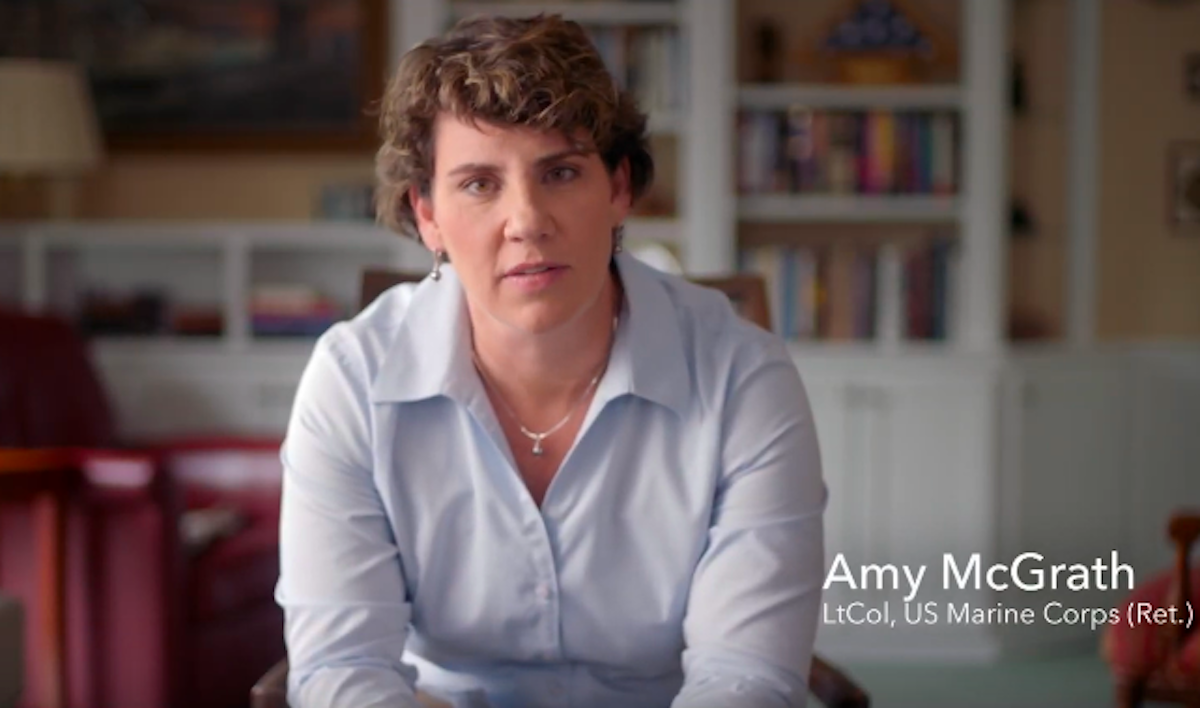 In 2018, retired Marine Lt. Colonel Amy McGrath was one of the many women running for public office for the first time. The former fighter pilot very nearly won her congressional race in deep-red Kentucky, but ultimately lost to incumbent Republican Andy Barr.

Now, she’s running for US Senate, and the seat she’s after is that of current Majority Leader Mitch McConnell. In a three-minute video announcing her campaign, she says that it was McConnell’s flagrant disregard for the needs of his constituents that directly inspired her to run.

I’m running to replace Mitch McConnell in the U.S. Senate. Everything that’s wrong with Washington had to start somewhere—it started with him. With your help, we can defeat Mitch and defend democracy. Join us: https://t.co/c4b0WAp4ji pic.twitter.com/DNLjFkHGua

McGrath mentioned McConnell in her congressional campaign launch video back in 2017. When she was 13, she wrote him a letter, saying she wanted to be a fighter pilot at a time when women weren’t allowed to serve in combat. He never wrote her back and in this new video, she says she often wonders, “how many other people did Mitch McConnell never take the time to write back?”

Everyone–Republicans, Democrats, and pretty much everyone outside and in between–seems to agree that the divisiveness in politics is way too destructive. What we disagree on is who’s to blame for that.

Trump is a symptom of that divisiveness, and one that exacerbates it, to be sure. I mean, just look at this actual madness: 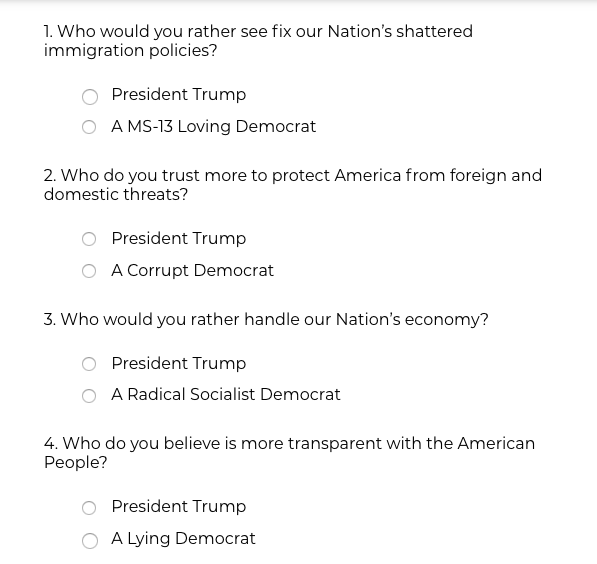 But Trump didn’t create partisan politics. And it’s not like the party line didn’t exist before Mitch McConnell took office but in many ways, he’s not just emblematic of everything wrong with modern politics–he’s the source.

In her video, McGrath calls McConnell out for his obstruction and his fecklessness.

“Everything that’s wrong in Washington had to start someplace,” she says. “How did it come to this? That even within our own families, we can’t talk to each other about the leaders of our country anymore without anger and blame.”

“Well, it started with this man, who was elected a lifetime ago,” she continues, displaying a picture of a young hatchling of the turtle now known as the Senate Majority Leader, “and who has, bit by bit, year by year, turned Washington into something we all despise. Where dysfunction and chaos are political weapons; where budgets and health care and the Supreme Court are held hostage; a place where ideals go to die.”

A place where ideals go to die.

It’s not just all the roadblocks McConnell set up and the goalposts he moved during Barack Obama’s presidency (although they were MANY). He’s blocked over a hundred bills coming out of the Democrat-majority House just this year. Back in May, Chuck Schumer said from the House floor, “We have multiple, House-passed bills awaiting action. Leader McConnell need only call them up for debate. But instead, the legislative graveyard, where good legislation doesn’t even get debated or amended—let alone passed—is upon us.”

Mitch McConnell is the poster child of everything wrong with politics today–the valuing of party over people and the unabashed rejection of voters’ needs and wishes. We are all focused on the 2020 election as a way to remove Trump from office, but let’s also remember how important it is to get McConnell–and also everyone who isn’t interested in listening to their constituents and instead uses them as political pawns but especially McConnell–out as well.

TAKE ALL MY MONEY AMY!! This might be the single most important race in the country. And she’s 100% right about the huge role McConnell plays in destroying our democracy. https://t.co/JUROPAm42S

At the debates last month, the candidates were asked how we’d deal with Mitch McConnell if we’re elected president. Here’s one solution: We replace him.

Outside of the presidential race, this is the most important race of the 2020 cycle. Unless human roadblock Mitch McConnell is removed from the Senate, any Democratic president will struggle to deal with him. He’s honestly as big of a problem for democracy as Trump.