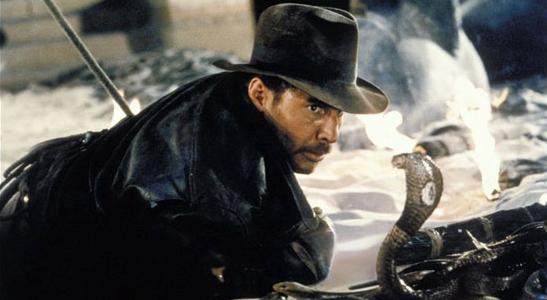 See, this is a story we appreciate. It involves Simon Pegg. And Indiana Jones. And….snakes. More particularly, some of the snakes from Indiana Jones and the Raiders of the Lost Ark had lots of babies, and then some of those babies had babies, etc, and their descendants may still be living on the grounds of Elstree Studios, where part of the film was shot.

This rumor comes courtesy of Simon Pegg, who originally heard it from Paul Freeman.

When Raiders of the Lost Ark was filming (three decades ago, by the way), Steven Spielberg originally brought in a couple thousand snakes, but when they realized there still weren’t enough for the wide shots they had planned, they ordered three or four thousand more. Keep in mind that in all likelihood they only had about two cobras on the set–and you know they kept a good eye on them–and the rest of the snakes were likely garter snakes. Still, garter snakes get frisky just like the rest of them, and with 7,000+ snakes on the premises, it’s not all that surprising a few of them may have escaped to make families of their own.

Indiana Jones and the Raiders of the Lost Ark