Will You Go To The Prom in December? At Home? 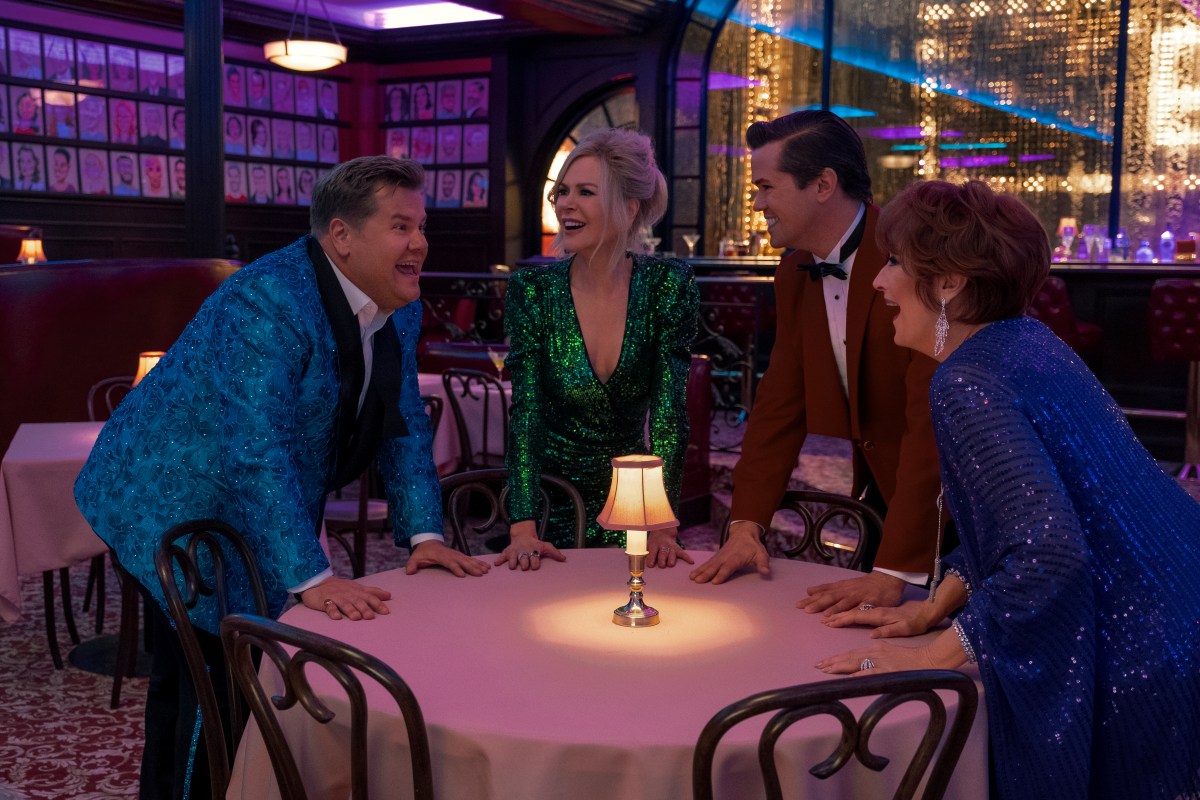 I know. It sure looks like there are a lot of non-teenagers at The Prom. And yes, for a moment I too thought the fetching redhead above was Catherine O’Hara, not Meryl Streep. which led me to a strange sort of disappointment and confusion. But I am happy that Nicole Kidman is finally being allowed to smile in movies again. But I’m confused by a trailer for a movie about high school that seems to have so few high schoolers in it. But I guess it makes sense to when this is a movie called The Prom and it’s coming out in December? At home on Netflix?

Is this … Oscar bait? Is Ryan Murphy, the man who made Glee, trying to recreate that joyous first season with a Broadway adaptation and get an Oscar??? These are all the kinds of questions I asked watching the trailer for The Prom.

Based on the hit Broadway musical, this film tells the story of how four Broadway stars (Andrew Rannells, James Corden, Meryl Streep, and Nicole Kidman) descend on a little town in Indiana where a teen named Emma Nolan (newcomer Jo Ellen Pellman) has been told she can’t take her girlfriend Alyssa (Ariana DeBose) to the prom, because homophobia. The principal (Keegan Michael Key) is on her side, but the head of the PTA (Kerry Washington) is not.

Oh and there’s the small detail that the Broadway stars have all just been in a giant flop that might have ruined their careers? Will their narcissism come back to haunt them? I assume yes. Will they still make a magical prom that’s inclusive of everyone? Also, probably yes.

I wish that this trailer showed more of that story, because it’s honestly a bit hard to tell amongst all the glitter and promposals and dance numbers that there even is a same-sex love story at the center. And for me, that’s what I really want to see in a the film version of a show our Princess Weekes called “fun, heartfelt, and most importantly, it gives queer kids, especially young queer women, a happy storyline that focuses on them, their loves, their pain, and their experiences.”

This musical is part of a larger trend letting queer people, and especially queer women, have a place at the heart of a story in media, and so it’s a bit sad to see the trailer focus mainly on these other people, and from what I’ve heard about the show, they aren’t really needed for the story as a whole really … but, Broadway gotta Broadway I guess, and someone has to get some new award to pull out at a hotel check-in this year.