High School Freshman’s Heartwarming Essay On The Importance Of Hermione 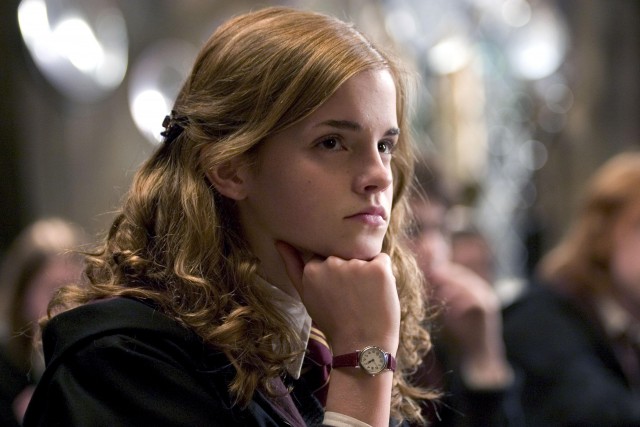 The Mary Sue has been covering a lot of feel-good Harry Potter and J.K. Rowling news recently, and I was starting to wonder if maybe the series was formative for so many of our readers and editorial team simply because we can remember a time before Harry. Most fans my age had the privilege of growing up in near real-time with the characters, but judging from this adorable love letter to Hermione from 14-year-old self-described “fan girl” Naomi Horn, the series is just as impactful for new readers as it is for those of us who lived all of Pottermania.

Here’s an excerpt from Naomi’s essay, “What’s Right With Hermione,” which demonstrates the enduring influence of Rowling’s writing (and the perpetual semi-shittiness of being a teenager):

An outspoken, bookish, fluffy-haired kid, I was immediately drawn to Hermione Granger: clever, smart, and, best of all, appreciated for her nerdiness. The other characters accept the fact that she raises her hand in every class, reads textbooks for fun, and can always be found in the library. They sometimes tease her, but she knows that, in the end, they love her for it. In fact, Hermione’s knowledge saves their lives, many times over. In the last book, as the characters are on the run from the evil wizard Voldemort, its her learning that protects them. Without her spells, quick thinking, and command of a magical artifact, their story wouldn’t have ended so well.

[…] In my sixth-grade Advanced Math class, my teacher often gave us assignments before we started a new chapter in our textbook–a test to see how much we knew already. The class was very small, with just three student, and I was the only girl. Usually I was able to complete these assignments just fine, but occasionally I didn’t understand any of it. That wasn’t a problem in terms of my learning (because our class wasn’t expected to know the material yet), but the boys took it as an opportunity to make fun of me. Clearly, they said, I hadn’t understood it because I was a girl. I blew off their teasing as obnoxiousness, but it still bothered me. What did being a girl have to do with anything?

I absolutely recommend reading the full essay over on Boing Boing to hear Horn’s thoughts on unapologetically intelligent female characters. I think at 14 I still assumed an owl had lost my Hogwarts letter, so props to her for turning what I’m sure was soul-crushing disappointment into something awesome.