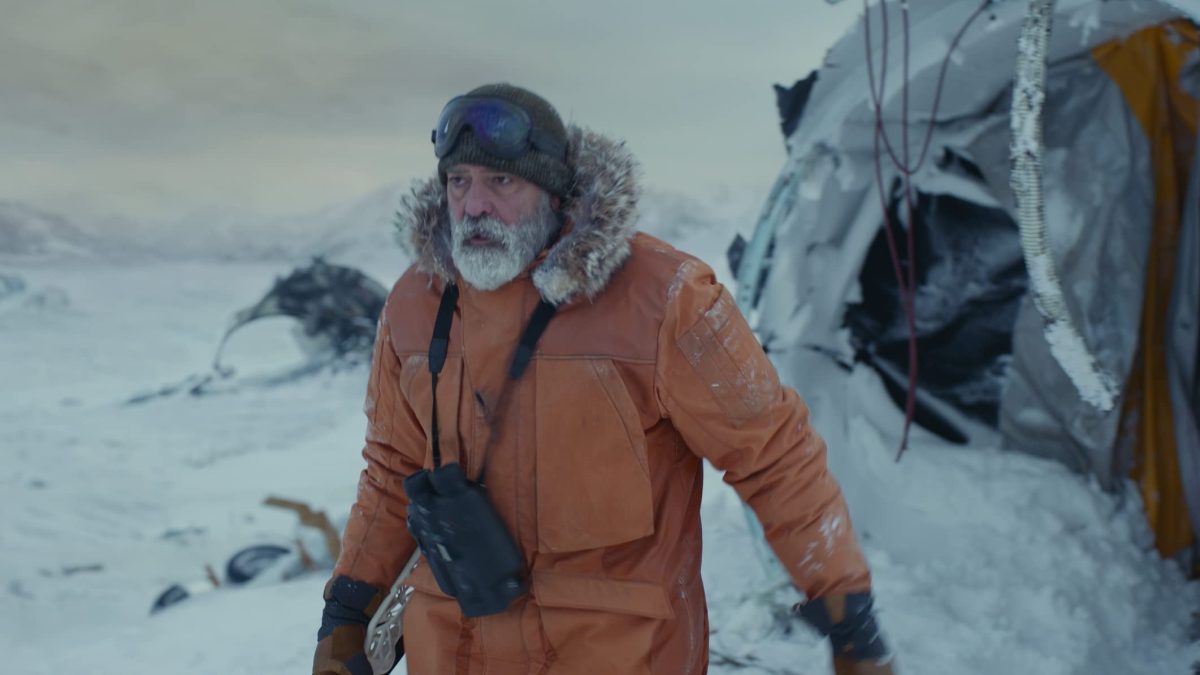 Earth is dying, this much we know, and watching as civilization scrambles to find some kind of escape in George Clooney’s The Midnight Sky is both hard to digest and a beautiful feat of storytelling. Separated into two storylines— one of Augustine (Clooney) stuck, isolated, on Earth, and that of a crew coming back from trying to find a planet for humanity to survive on—the film is a look at the struggle of survival and the relationships we’re willing to sacrifice that for.

Augustine, a scientist, decides to stay behind at his arctic station, not evacuating with the rest of the families and crew there, alone in a snow-filled place—that is, until he finds a young girl named Iris (Caoilinn Springall) and is suddenly determined to get them out of there.

On the flip, there is a crew coming back from exploring a potential planet for humanity’s future home, unaware that returning to Earth is no longer an option. Tom (David Oyelowo) and Sully (Felicity Jones) are two crew members who are also welcoming their first child, trying to make it back to Earth with Mitchell (Kyle Chandler), Maya (Tiffany Boone), and Sanchez (Demián Bichir). As they get closer to their return, they realize that there is something wrong, as communications are down and they can’t seem to get a read on what’s going on back home.

The problem with The Midnight Sky comes from the dragging feel that consumes the entire movie. With an over 2-hour runtime, there are definitely parts of this movie that feel like filler and are unnecessary to the overall story. Cinematically, it looks beautiful. There are shots of Augustine in snow that are absolutely gorgeous, but at times, there is too much of it.

Not that it is entirely a bad thing. It sets the scene in a lot of ways; it just makes the movie drag along from time to time and makes the twists and reveals that much more confusing because you’re lost in this slow-paced feel.

Overall, The Midnight Sky is a look at a future where there isn’t much hope for Earth and humanity but gives us a look into how different people react and accept it, and it delivers a beautiful message about our desire to survive and be together.

There is a deeper message within the movie about our planet and our search for somewhere else to live, since we’ve used up the resources we have on Earth. Right now, we’re constantly brushing off warnings of climate change, and those in charge are not taking these scientists and their discoveries seriously, and the dangers to habitability that Clooney, Lily Brooks-Dalton, and Mark L. Smith brought to life.

While it might not be for everyone, The Midnight Sky was an interesting look at the desire to survive and is beautiful to watch on a cinematic standpoint.