The Children of the MCU Are Definitely up to Something 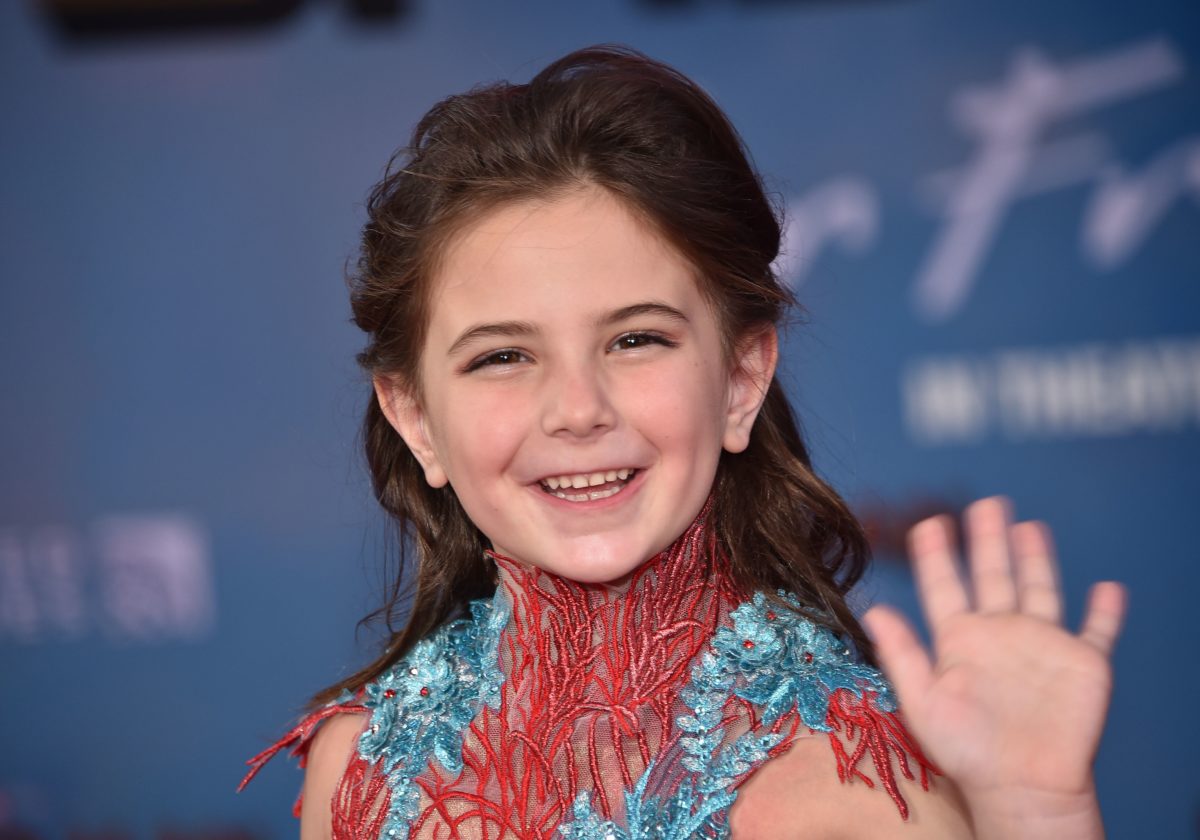 The actors who play the children of MCU heroes have been making more appearances and interacting with each other in a way that makes me wonder if Marvel has big plans for the next generation. Why introduce Morgan Stark if she’s just going to be in Avengers: Endgame only? Better yet, why make sure she’s photographed with Tom Holland and Emma Fuhrmann and have those pictures shared on the internet? Just to mess with our hearts, Marvel? What’s the truth!?!?

To be fair, I also just adore Morgan Stark more than any other character in the MCU right now (second maybe only to Peter Parker) so it isn’t surprising that I have clung to these images. Still, I think something is up and that Marvel has big plans for the kids in their franchise.

Just look at Tony Stark’s kids interacting with each other.

And even better, Emma Fuhrmann, aka Cassie Lang, called it ‘big sister duty’ when she was hanging out with Lexi Rabe at the Spider-Man: Far From Home premiere.

So, in my heart of hearts, I have decided that this is the future of the MCU and I’m going with it. So please, take my theories and Marvel, if you’re reading, I’m available and willing to help write this all into Phase 4. Call me.

Cassie Lang (Emma Fuhrmann) is the daughter of Scott Lang but that isn’t all, she’s a hero on Earth-616 herself. Classified as “Stinger”, Cassie is more than just the little girl that Scott continually tried to fight for. The choice to make MCU Cassie one of the few undusted and having her age five years from the Snap makes me wonder if she’s going to be a part of a new wave of teen Avengers.

Monica Rambeau, who we met as the young daughter of Maria in Captain Marvel, is also a hero in her own right. Spectrum, who can use electromagnetic energy, has often been teamed up with Carol Danvers (which makes sense after having seen how Monica and Carol interacted with each other in Captain Marvel). To be fair to this list of kids in the MCU, Monica would be older than most all these characters in the current timeline. Even if she did get snapped, Monica was 11 years-old in 1995 (when the film is set) so maybe she’d end up being the leader of the young Avengers. Something I honestly wouldn’t be mad about.

Obviously part of this crew is Tom Holland’s Peter Parker. At just 16 years old, Peter is still a kid himself and with that comes a whole group of young friends and people like Ned, the man behind the computer. Which leads me to Morgan Stark. While this version of the character doesn’t exist in the comics (Morgan Stark is Tony’s Stark’s cousin in the comics), it does seem as if she is quickly becoming a fan favorite.

I myself love Morgan and her heartwrenching relationship with her father and want to see more of her in the MCU. Now, I don’t think that Pepper Potts would ever let her take on Iron Man or even her own Rescue suit, but I don’t see why Morgan Stark wouldn’t be the “man behind the computer” for any number of heroes.

I’d bet a lot that if we see more of Morgan, she’s going to have the same tech gene that her father had. Morgan can easily be the one who helps with their suit modifications, see what is going on from behind the scenes, and who knows, maybe she can work with Riri Williams and bring Ironheart into the MCU. 13 Reasons Why‘s Katherine Langford was cast as a grown-up Morgan, though her scenes were cut from Endgame. Given that Marvel likes to lock down promising young actors, however, I wouldn’t be surprised if Langford had a multi-picture contract.

I think that all these cute little “moments” on red carpets are to gauge how we, as fans, react to the kids of the heroes we’ve come to love, and I say, give me the Young Avengers. I’m ready for tech genius Morgan Stark.