Good afternoon, cyberpunks, retrofuturists, and cinema nerds. Ready to submit cool stuff, get judged by your internet peers, and maybe win the 30th Anniversary Collector’s Edition Blu-ray release of Blade Runner, a piece of science fiction film history that’s been inspiring artists and designers for more than a quarter of a century, containing not just one, or two, but four cuts of the the movie?

Warner Bros. has offered us two copies of the Collector’s Edition for giveaway, a multi disc Blu-ray and DVD combo set packed with extras (details at the bottom of the post). 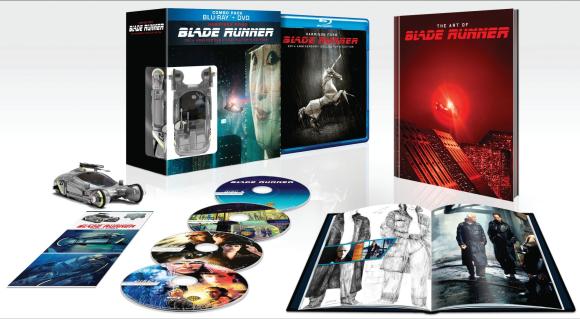 But there was a catch. They want to see your Blade Runner inspired art. Fan art, nail art, cosplay, fashion sets, makeup tutorials, anything that you can package as a .jpg image. You submit it, we put it in a Facebook gallery, and then it’s a free for all: the two pictures with the most shares at the end of a week will each win the set. Interested? We thought you might be. Even if you don’t submit anything, think of all the cool stuff we’ll get to look at!

Here are the details:

If you’re interested in voting, just watch our front page and our Tumblr! We’ll post updates on the contest and samples of the submissions we get in both places. Just for good measure, here’s some existing, awesome Blade Runner stuff that would totally fall under the purview of this contest:

And finally, the full details on that Blu-ray set: