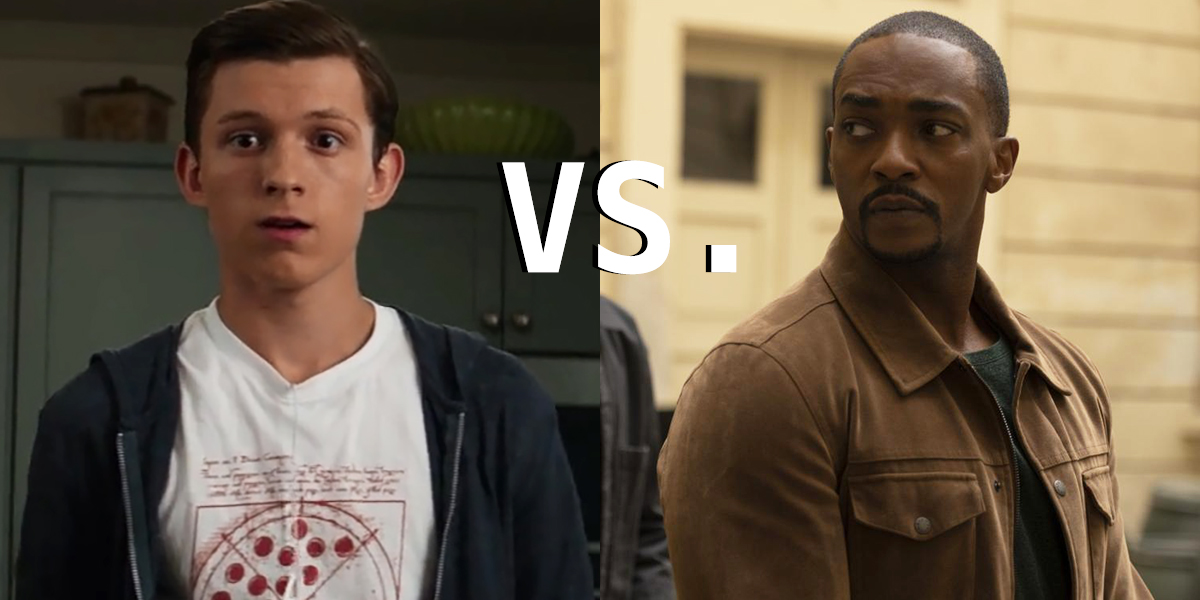 The feud between Anthony Mackie, Sebastian Stan, and Tom Holland is one that fans know well. It started innocently enough and has escalated into jabs at one another during conventions or the group of them messing with each other while doing press, and it’s nice to know that the feud is, apparently, still raging on—at least for Anthony Mackie.

The star of Falcon and the Winter Soldier took to the MTV Awards last night to accept his award for Best Duo for his work with Sebastian Stan on the show as Sam Wilson and Bucky Barnes. While Mackie accepted the award by himself (because Stan is currently filming a movie as Tommy Lee), he was still happy to accept on behalf of himself and Sebastian Stan.

Prior to the win, Tom Holland loved to tease Anthony Mackie about his lack of a Falcon movie. While Mackie is reportedly getting his own Captain America movie now, the win for his own series is a solid comeback to Holland’s previous remarks. To be honest, it’s what Holland gets after calling out Mackie’s lack of a Falcon movie in front of a bunch of fans. Mackie winning Best Duo with Stan and heading to his own movie as Captain America? DEFINITELY a win for him in this feud.

And, in true Anthony Mackie fashion, he made sure to drive that home in his acceptance:

.@AnthonyMackie gets the last laugh with @TomHolland1996 after accepting the award for Best Duo with Sebastian Stan for #FalconAndTheWinterSoldier at the #MTVAwards 😂 pic.twitter.com/gnZduCbD7v

While this feud is clearly just a fun bit the actors keep going, I do hope it never stops. Sure, these Marvel bits get dry and exhausting after a while. Like yes, we know any “spoilers” that the actors give away by “accident” are really planned at this point (because Holland and Mark Ruffalo couldn’t keep a secret before), but fun little bits like Anthony Mackie teasing Tom Holland on stage? Or the group doing a panel at Comic-Con and ribbing each other about who is the bigger diva on set? It’s fun.

When it comes to actors and Hollywood, there are often fabricated bits that just end up feeling like dry and boring attempts to make a viral video happen. I love this “feud” so much because it was born out of actors messing around with each other, and they’re pretty much the only reason it’s still going. No one at Marvel is like “make sure you make fun of Tom Holland,” and I’m sure they wish these three clowns wouldn’t have ever started it.

But I love the fabricated feud between Anthony Mackie, Sebastian Stan, and Tom Holland and I hope that it gets big enough that years down the line, someone thought it was real. (Don’t ever make it real, stay friends, please.) So will this continue as Anthony Mackie is now Captain America and Tom Holland is still our Spider-Man? Probably! So I can’t wait to see press when we eventually have another Avengers movie and these two just get to make fun of each other the entire time some poor reporter is trying to ask them a question.