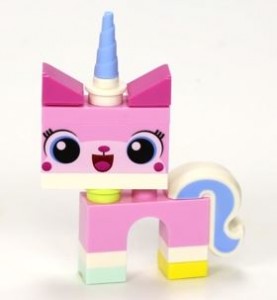 I’m not sure our movie passes the Bechdel test entirely and I think that it’s important. We have a lot of producers [who] were female who had concerns and we were always constantly saying to ourselves: ‘Are we just a bunch of white guys sitting here making this movie from our own myopic point of view?’ We were constantly responding to that question and that helped us make Wyldstyle a better character and Unikitty a more interesting character. I think it’s forcing us to look at how we make a sequel and turn that into something that’s more powerful and special. — Chris McKay to The Daily Mail.

Heartening words from the co-director of The Lego Movie and sole director of its greenlit sequel!

Previously in The Lego Movie