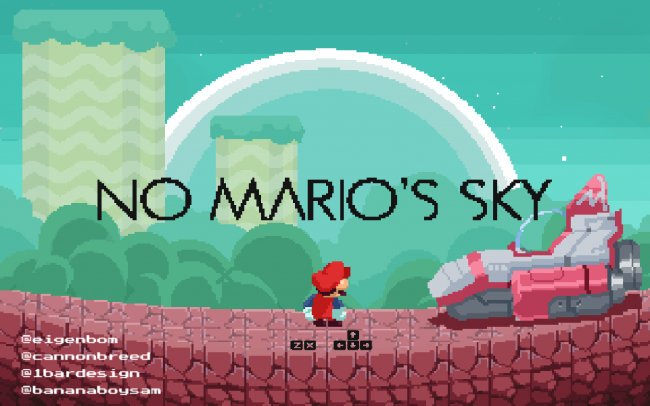 For those of you who are trying your hearts out to get a refund from the notoriously tight-fisted Steam for your purchase of No Man’s Sky, here’s a game that might brighten your mood and lift your spirits. Originally crafted for Ludum Dare, a 72-hour game jam that regularly churns out some pretty exciting creative concepts, No Mario’s Sky takes the hopeful promise made by Hello Games’ sci-fi explorer and Mario-fies it, giving you a “run of the mill mario-explores-the-universe game.” Simple enough, no?

ASMB, the team behind the game, have it up for free download on itch.io. The game’s description on the page reads:

Oh if only they knew how right they were.

The game itself is pretty fun, and seeing as how it’s free, it’s well worth checking out. It starts out conventionally enough, for a Mario game: you’re on World 1-1 from the original Super Mario Bros., and you’re making your way to the castle. Only when you get there, there’s an unusually buff Toad waiting for you to explain that the Princess is on another planet. Then, like it’s nothing, Toad explains that you can just whip out your spaceship whenever you like. 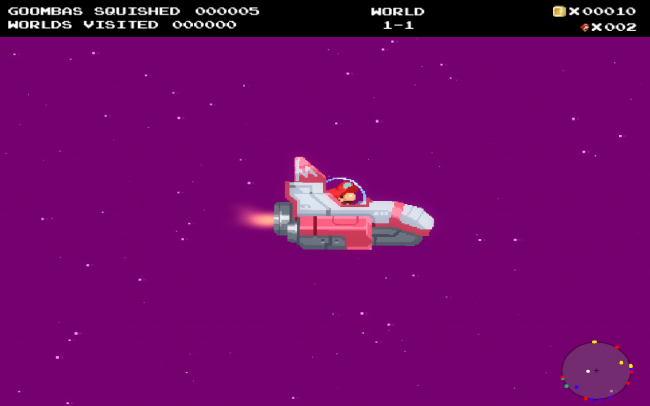 At that point, the cheery Mario music goes quiet, and you’re blasting off from the planet. I didn’t realize how surreal Mario can be without the music, and to be honest, I thought it was a really nice touch that cemented that “no seriously you’re alone in space now” feeling that No Man’s Sky was able to capture.

Visiting other planets was plenty strange, too, as the few I got to visit were riffs on the original level, with a slew of key changes here and there. Again, these familiar-yet-strange elements added up to a surreal exploration game that’s as creative as it is humorous.