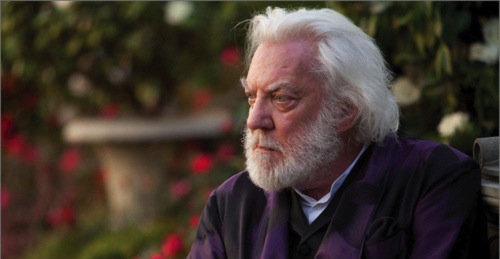 If you read The Hunger Games hoping that the tyrannical President Snow would eventually be subject to some serious comeuppance, you are not alone. But would you take the steps necessary to hold a trial and convict him of his various crimes against the people of Panem? That’s exactly what a group of kids did on Take Your Child to Work Day in Broward County, Florida. On a field trip to the Broward County Courthouse, one group of kids took a trip to the local courthouse and held a mock trial against President Snow, acted as the jurors, and found him guilty, providing an alternate version of, well, we won’t spoil it for you.

It was the idea of Tim Donnelly, a prosecutor and father of four who saw the movie not too long ago and had the idea to write up a fake case against Snow in the form of a junior courtroom drama that would take place right in the Broward County Courthouse, Room 418. In his off-time, Donnelly wrote out both sides of the case of The Nation of Panem v. President Coriolanus Snow and even got his fellow prosecutors to play roles in it. It’s actually a brilliant and fun idea, with the purpose of exposing the kids to the inner workings of the legal system, using something very familiar (and entertaining) as a reference tool.

“We just want to expose them to [the system],” Donnelly said. “We’re not going to debate philosophy with them; we just want them to have fun and hopefully they retain something.”

Another reference tool: Florida’s controversial “Stand Your Ground” law, currently in the news at the center of the Trayvon Martin case. In this case, Broward County’s head homicide prosecutor, Brian Cavanagh, played the role of Snow — and, in his opinion, the victim.

Snow … indignantly took the stand in his own defense: “I think I am the victim of the ultimate political prosecution.”

The Stand Your Nation law, he said, allows the use of deadly force to prevent imminent death or great bodily harm to defend the nation.

The Hunger Games maintain law and order, he bellowed. “We would have pandemonium in Panem, otherwise.”

So, what was your most controversial field trip as a kid? Other players included prosecutor Adriana Alcalde and her star witness, Seneca Crane (fancy facial hair courtesy of hair dye), played by Tony Loe. In the end, Snow was found guilty of “kidnapping, child abuse and other heinous crimes for forcing children into the deadly Hunger Games” by about four dozen young jurors who chanted “Guilty” over and over again. His punishment? Kinda light, if you ask me: “5,000 hours of community service, wash the judge’s car and drive her to her hair appointment.”

Personally, we think Katniss had more interesting plans for him. 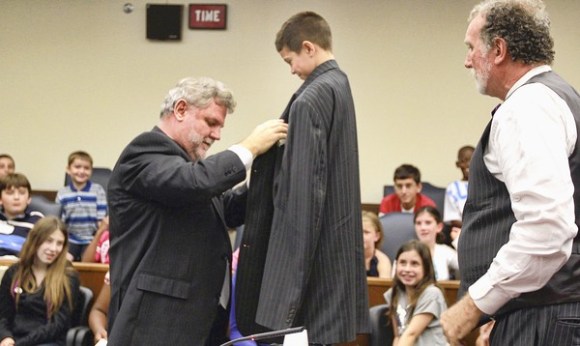 (Sun Sentinel via The Daily What)