Come on, the Hulk Isn’t Going to Become Evil Over Not Getting Enough Credit for Avengers: Endgame 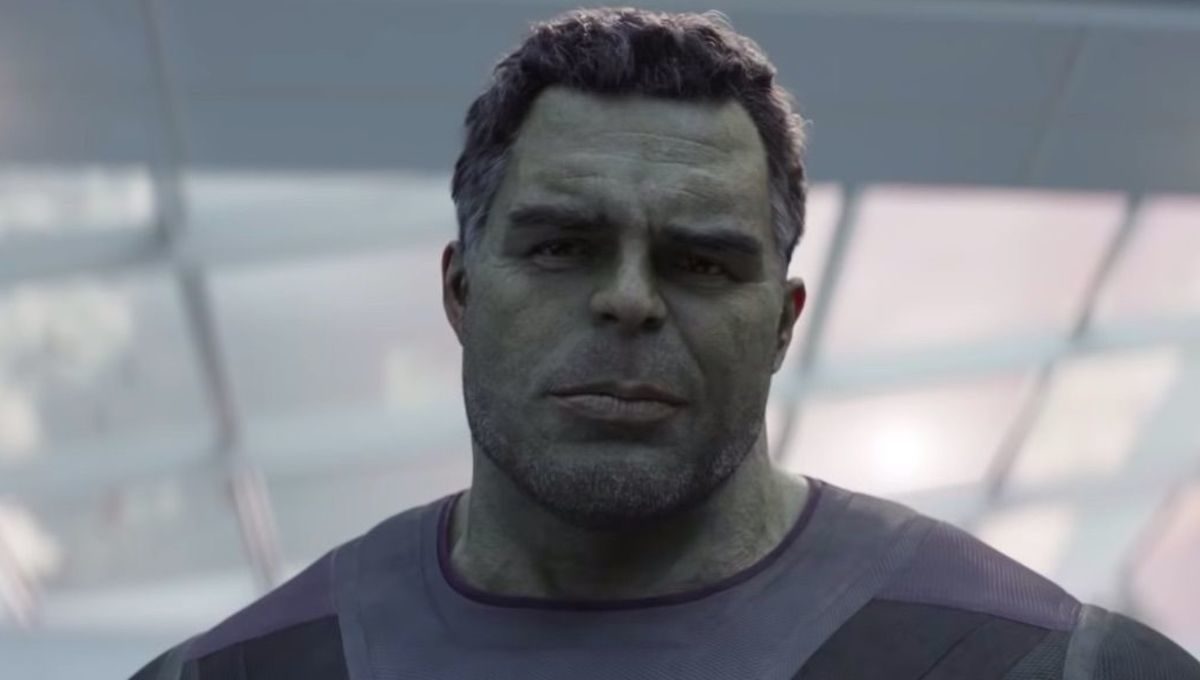 Ever see a theory so out of left field that you have to laugh? That’s me with the idea that the Hulk would become a villain just because he wasn’t praised enough for his work during Avengers: Endgame, but it’s still a very real theory posited by a piece over on CBR.

The idea is that, because Bruce Banner is the one who first snapped his fingers to bring everyone back to life, he should feel that he deserves the heroic appreciation Tony Stark is getting, even though Tony made the gauntlet he used, and the Hulk wasn’t even the first to volunteer to use it. He just said that he was made mostly of gamma rays, which is what most of the radiation out of the gauntlet would have been, and that he could take it better than any of the rest of them. That was then proven true when Tony Stark snapped his own fingers and died to defeat Thanos and keep everyone alive—literally everyone.

Their argument? That Bruce did a lot of the heavy lifting, which … isn’t the case?

“After the fact, the people of the Marvel Cinematic Universe see the sacrifice of Tony Stark as the final act of the world’s greatest hero, but they also seem to be brushing aside the efforts and pains of Bruce Banner/Hulk. It’s ultimately Hulk who did a lot of the heavy lifting to help restore life to the universe, but the world just seems to ignore it. This oversight might seem petty, but it could have dire consequences for the future of the MCU.”

I’m sorry, but Bruce Banner tried to understand time travel (which, arguably, is not his area of expertise) and turned Scott Lang into a baby. It took Tony realizing that he had to help the Avengers again in order for them to even succeed in time travel and get the Infinity Stones in the first place.

The theory points out that, as we see in Spider-Man: Far From Home, the heroes we do see praised are the ones that are classified as “dead.” Tony Stark’s image is everywhere, and there’s a cute tribute at the beginning of the movie that has “I Will Always Love You” set to a montage of those Avengers who are no longer with us. We’re not sure if Steve Rogers is officially seen as dead, but he’s at least retired. So, it makes sense that Tony, the very public face of the Avengers, gets the praise and support for defeating Thanos and dying while doing so.

“This completely undercuts the sacrifices made by other members of the team. Other heroes who died, like Black Widow, receive barely any mention compared to Tony, and no one seems to consider the pain many were forced to contend with.”

Okay, let’s unpack this for a second: Natasha Romanoff is not a public figure; she’s a spy. Steve Rogers isn’t dead; he just chose to go back in time and live his life with Peggy Carter. The only very public figure of the Avengers who has died is Tony Stark and, as far as the public knows, he did so to defeat Thanos after his science let them time travel.

Now, complaining that Natasha isn’t in the public eye is not the same thing as the understandable fan outcry that she should have had a funeral among her friends in the Avengers. Natasha deserves to be honored, but the general public had no idea who she was. So no, she wouldn’t be praised on buildings. It’s even a little weird that Natasha is in the opening scene of Spider-Man, because again, she was a spy-turned-Avenger. She’s not the most well-known among them.

“After everything he sacrificed, it could easily make him just as angry as he ever was to see a world where he’s not respected or appreciated, even when he’s proven to be just as much of a hero as former science bro Tony Stark. But now that he has the brilliance of Professor Hulk, he could be significantly more dangerous. If anything, it could even lead to the birth of a different kind of Hulk.”

I like the Hulk, Science Bros. are great, but the idea that it would make sense for him to hold a massive grudge because he didn’t receive the same praise for his actions as heroes who died seems a bit excessive. Sure, as the article points out, an intelligent, evil version of the Hulk isn’t without precedent, but that’s not the main comics continuity Hulk and doesn’t exactly seem like a compelling reason to go that route with the character in the movies, especially considering his character development in the Marvel Cinematic Universe so far.

Insinuating that the Hulk would become a villain because the general public isn’t praising him is a disservice to Bruce Banner and all that he stands for. Remember when he isolated himself from society to protect them from the Hulk? Or what about when he lost himself to his science and combined the brawn with the brains to make Professor Hulk to be a better hero? It isn’t because he wanted praise; he wanted to do the best he could after seeing his part in Avengers: Infinity War as a failure.

Bruce Banner lost his friends; he doesn’t care about the general public praising him, and if you think that, then you don’t understand Bruce Banner.