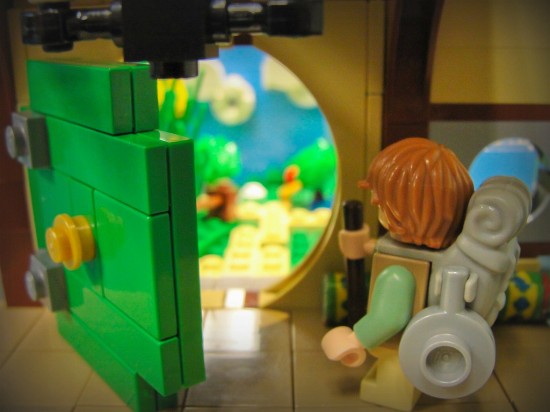 Look, we’re just as excited as the next geek blog that Peter Jackson’s The Hobbit film adaptation appears to be chugging along nicely. We love Sir Ian McKellen, and it’s hard to dislike Martin Freeman. That doesn’t mean we’re immediately going to buy anything and everything that’s somehow associated with the movie. Microsoft appears to disagree. They’ve inked a deal with Warner Bros. that allows the technology giant to use the characters for Windows Phone 8 advertising, because everyone clearly associates The Hobbit with phones.

The campaign’s to be created by Wunderman, and will feature Bilbo Baggins, Gandalf, and the like doing whatever it is that Microsoft feels will sell phones. They want a piece of The Hobbit pie, despite having little to nothing to do with it. Then again, that’s marketing for you.

Warner Bros. has approved the use of characters for Windows Phone advertising in the United States, United Kingdom, France, and Germany. So, there’s a fairly decent chance that you’ll be unable to escape their gaze, much like the Eye of Sauron. It’s hard to imagine how they’ll pitch phones using these characters, but chances are they’ll play up the “unique” and “powerful” angle more than anything.

Until then, we’ll be over here quietly groaning in the corner.

(Marketing via The Next Web)