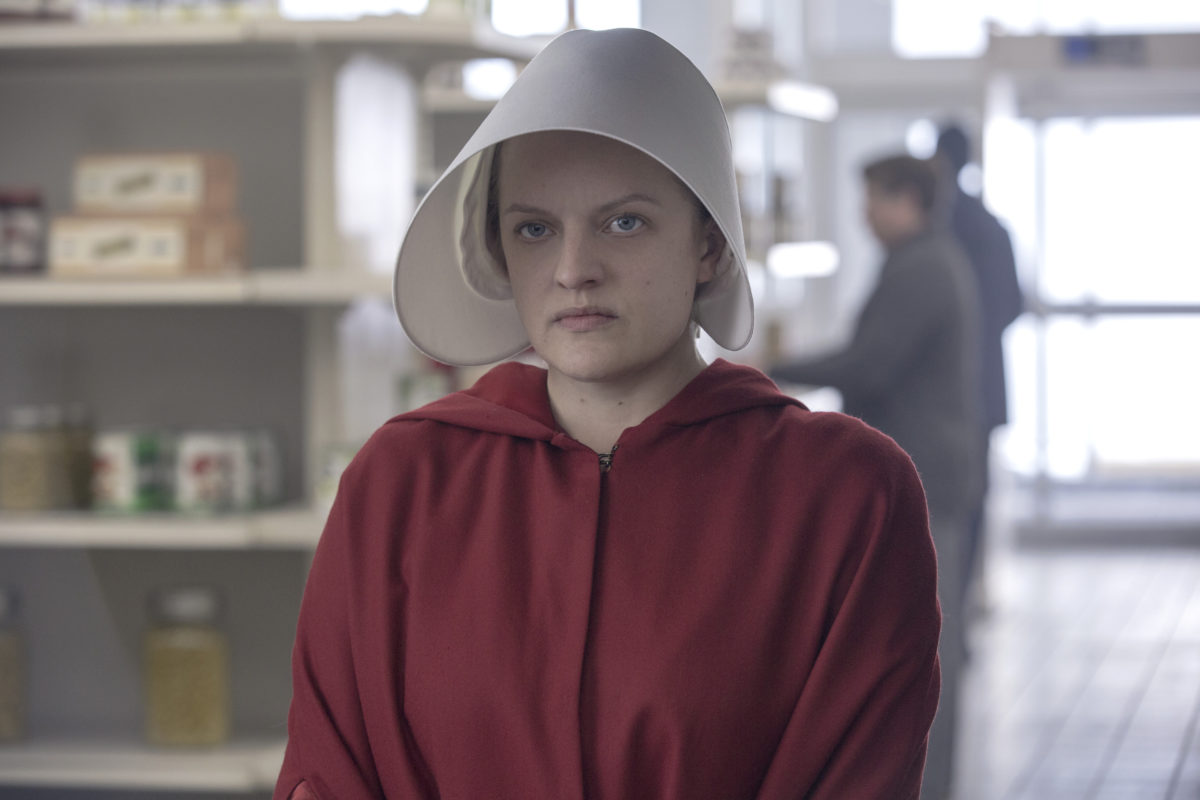 **SPOILER ALERT: This post discusses plot points from the finale of season 3 of The Handmaid’s Tale.**

The season 3 finale of Hulu’s The Handmaid’s Tale could only improve on the intensely frustrating and polarizing season 2 finale, which saw June and her baby about to escape to Canada before June had a change of heart and decided to stay in Gilead to fight. It was an abrupt and unsatisfying ending to June’s season-long arc of escaping that felt more driven by plot necessities than actual character motivation.

After all, what could June possibly accomplish in Gilead as a handmaid? What hope could she have of rescuing her estranged daughter, Hannah? We quickly learn that the answer is “not much,” as June makes a failed attempt to connect with her daughter that ends in a Martha’s hanging. While season 3 has been billed as the “rebellion” season (with the tagline “blessed be the fight”), its efforts have largely been futile.

After a stumbling, repetitive season, these last few episodes have picked up the pace. Emboldened by murdering Commander Winslow and the arrest of the Waterfords, June sets out to smuggle 52 children out of Gilead and into Canada via a supply plane and an army of Marthas.

In the opening scenes of the episode, we flash back to a terrified June being herded onto a bus with other captured women. She has just been separated from Hannah and is likely on her way to the Red Center. We see glimpses of other women who would soon become her fellow handmaids, including a feisty Janine who threatens to sue everyone. It’s a disorienting, disturbing scene, and in June’s voiceover, we hear her discuss the ruthlessness of Gilead—a ruthlessness she must embrace if she is to succeed in her task.

“Mayday” finds June (finally) leading the rebellion, which is fraught with danger and a seemingly impossible set of challenges, and while she has maintained an icy resolve, we see June fraying at the edges. When a Martha arrives too early with a child, June comforts the scared girl and tries to explain to her what “freedom” means outside the confines of Gilead.

This exchange highlights the deeper problem of the mission: namely, convincing dozens of children to leave the only home and family they remember. Gilead’s greatest strength is its indoctrination, and it’s disheartening to imagine all the counter-programming and therapy these kids will need to fully shed the hold that Gilead has on them.

When the Martha panics and tries to take the girl home, June draws a gun on her, and then on the little girl. It’s an alarming image, one that reminds us of just how far June has been pushed. It’s a testament to Elisabeth Moss’s acting (which is stellar, as always) that she allows us to see this unhinged side of June. Heroism isn’t all speeches and power poses; it’s terror, stress, and a little bit of insanity.

The Martha’s escape sets off a chain of events as guardians flood the streets and start searching houses. Lawrence tries to calls off the mission, but June reminds him that she has the gun, and therefore the power. There is a fearless boldness to this new June, who boldly sneers “I am not sending her back so she can get raped and maimed in this insane f***ing world that you helped build.”

As the escape plan unfolds, June, the Marthas and the children must walk through the woods to get to the airport, evading guardians and search dogs. It stretches belief that this massive group of people, mostly scared children, would be able to silently make their way through the woods. But they pull it off, before encountering a guard at the airport gates.

June sends Rita and the children to find another entrance as she sacrifices herself to distract the guards, but June is not alone, as a group of handmaids (including Janine) and Marthas return to back her up. They throw rocks at the guards, who open fire, before June draws one into the woods. June is shot, but manages to shoot and kill the guard at close range.

As she lies bleeding, June smiles as she sees the plane depart overhead. Against all odds (and frankly, logic) the children have escaped. We see them land safely in Canada, where Luke, Moira, and Emily are working with a refugee aid group to welcome them. As for the little girl, she finds her father among the volunteers, and they share a tearful reunion.

Other developments in Canada include Fred selling out Serena Joy, who is arrested for rape (i.e. facilitating June and Nick’s sexual arrangement). It’s satisfying to see Nichole taken from her arms as Serena is finally held accountable for her actions. Still, I would have loved to see more clarity regarding Serena’s plea deal. Did she really think she would regain custody of Nichole? What were the terms of her immunity? And why are the Waterfords being held in luxury accommodations instead of prisons?

One of the more disappointing aspects of this season was its abandonment of Serena Joy, one of the series’ most complex characters. It will be interesting to see what role (if any) the Waterfords will play in season 4.

The next morning, June is still in the woods, miraculously alive, when a team of handmaids comes to her rescue. They lift her, carrying her coffin-style in a red robe. In the opening scenes of the episode, these women are terrified strangers. In the end, they are an army, a sisterhood emboldened by June’s rebellion. It’s a powerful ending and the beginning of an exciting new chapter for The Handmaid’s Tale.

What did you think of the finale and the season overall? Will you be tuning in for season 4?