The Handmaid's Tale Delivers a Game-Changing Episode | The Mary Sue

After a Frustratingly Slow Season, The Handmaid’s Tale Delivers a Game-Changing Episode 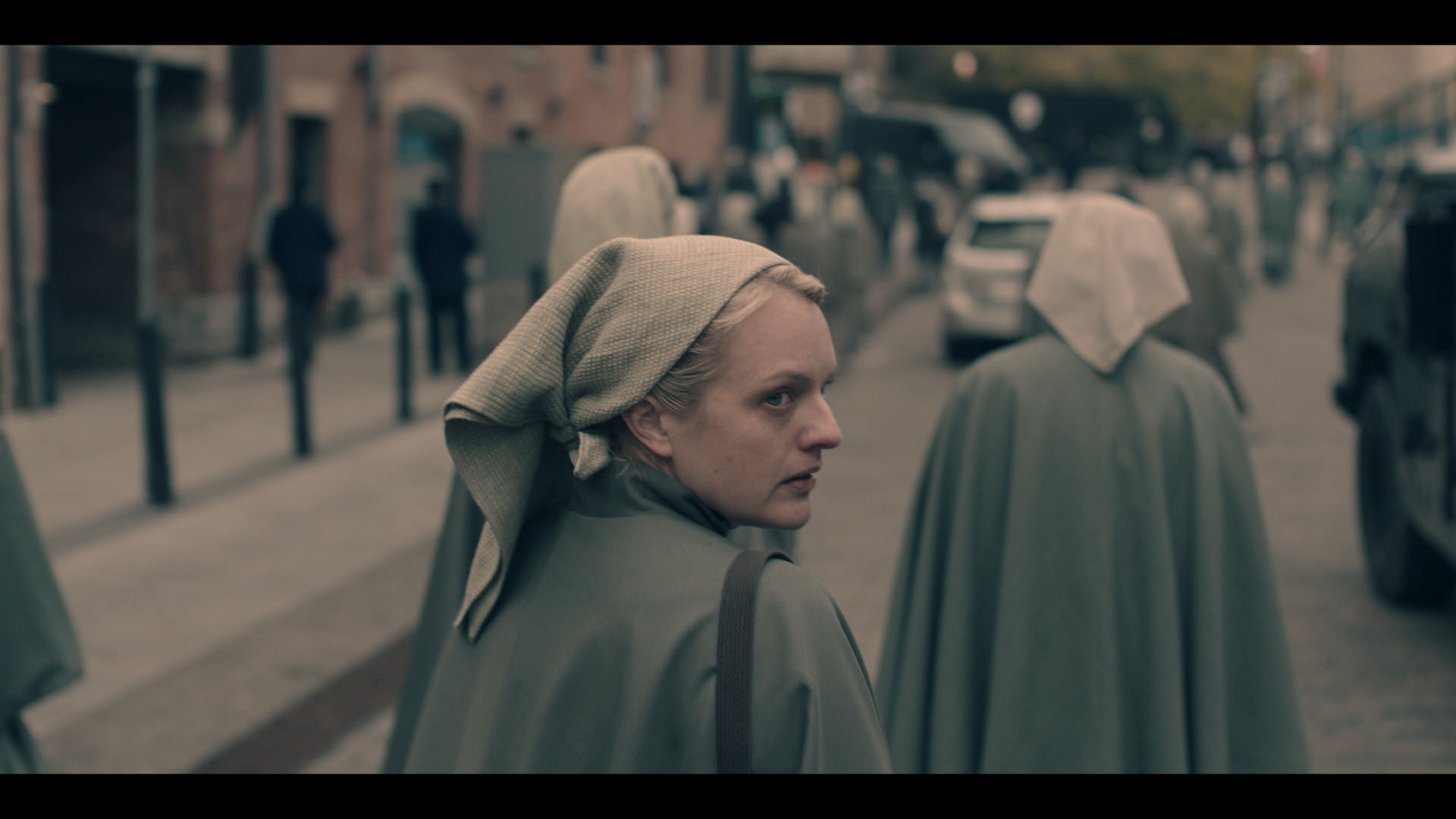 It took ten long episodes to get here, but episode 11 of season 3 of The Handmaid’s Tale, “Liars,” finally delivers some long-overdue action. The third season of the acclaimed Hulu series still has all the trappings of the show’s excellent first season: stunning cinematography and direction, as well as some of the strongest, most devastating performances on television. THT is a prestige drama and it shows.

But this season has been hampered by an agonizingly slow pace that sees our characters stuck in the same cycles. June has spent most of the season in a frustrating back and forth with the Waterfords, trusting them again and again despite the fact that they have betrayed her and stand for everything that Gilead endorses. June’s fruitless pursuit of Serena Joy, which includes saving her from a burning house, is baffling considering that this is the same woman who held June down while her husband raped her.

Season 3 has spent a lot of time unraveling the tentative steps Serena has taken towards rebellion, which included allowing June to take Nichole to Canada in the finale of season 2. What should have been a major turning point for Serena Joy has become muddled in her attempts to be reunited with Nichole. That is, until it isn’t.

The episode sees Serena and Fred driving to Canada after Serena promises that they can finally secure the baby through “personal means”, i.e. her SAT phone connection with government rep Mark Tuello (Sam Jaeger). We see the Waterfords cruise through the countryside in a convertible, where Fred even lets Serena take the wheel and drive. Eventually, they spend the night at a family’s house and talk about what their lives might be like if they left politics and moved to the country.

Serena and Fred also ruminate on what their lives could have been had their revolution failed and Gilead never came to be. Fred imagines that she would be a successful news pundit who would have left him over his fertility issues (the first time he admits that he’s the problem in this regard). They reminisce about their old apartment, where Serena wrote her first book. When Fred says she was a great writer she responds, “How could you take that away from me?” It’s the first time Serena has openly admitted to her husband what Gilead has cost her. Later that night, they sleep together.

The next morning, they meet up with Tuello, who leads them to a safe space to talk. That safe space turns out to be Canadian land, where government officials quickly capture and arrest Waterford and Serena Joy, arresting him for war crimes. I will admit, it’s infinitely satisfying to see the Waterfords go down and Fred get arrested. But Serena Joy’s complicity in setting up her husband feels out of left field, especially given her actions throughout the season.

This twist would have been better served by telegraphing Serena’s transformation. What was the breaking point for her? In season 2, the death of Eden clearly sets up Serena’s decision to send the baby to Canada, but we get very little of her interior thoughts here in favor of a “gotcha!” moment.

It’s frustrating because I would have rather seen the slow burn transformation of Serena Joy (and Yvonne Strahovski’s stunning performance), which was artfully captured in season 2, as opposed to the narrative waste of time that was How the Waterfords Got Their Groove Back. I find myself grasping at clues that this was Serena’s plan all along: was this why she didn’t report June after June sliced her with a scalpel in the hospital?

Still, the capture of the Waterfords is a much needed narrative step, one that is long overdue for the series. But the episode delivered another shocking moment at Jezebel’s, where June is doing recon to smuggle out the 52 children to Canada. June makes a deal with a bartender to secure passage on a plane transporting contraband.

The plan is in motion until Commander Winslow (Chris Meloni) recognizes her and takes her to a room. June resigns herself to another rape, but snaps when Winslow touches her. A fight ensues, and June stabs him repeatedly with a pen before killing him with a desk statue. A Martha finds her the next morning and helps her escape (it turns out she was one of the women June saved from the colonies) and we get a stirring montage of a team of Marthas cleaning up the murder scene and burning Winslow’s body, all set to Kate Bush’s “Cloudbusting”.

It;s a great sequence that makes me wish this series spent more time with the Marthas, who have quite the resistance network. Give us a Marthas spin-off already! But while Winslow’s abrupt murder is meant to be a cathartic release, it falls narratively flat. First, this season has committed one of television’s cardinal sins: wasting Chris Meloni. Meloni’s Winslow was an intriguing character, a high commander who seemed to harbor same-sex tendencies for Waterford.

A secretly gay commander would have been a fascinating angle for the series to explore, but it was never capitalized on. We end up knowing very little about Winslow before he’s dispatched. Plus, June murdering Winslow feels arbitrary and impersonal: who is he to her? It lacks the emotional resonance of say, Emily stabbing Aunt Lydia and pushing her down the stairs. That scene matters because we know what Aunt Lydia has done to her. I can’t help but feel this would have been a more powerful scene if June stabbed someone with more of a personal connection.

I’m also having trouble with June’s outburst. It would be one thing if June spent the season towing the line, but she has had several angry and violent outbursts throughout the season, between attacking OfMatthew and slicing Serena. This lessens the surprise impact of her murder of Winslow.

Despite these complaints, the episode had plenty of energy and catharsis. I just wish it was more integrated with the rest of the season instead of stuck on at the end. With only two episodes left, The Handmaid’s Tale has a lot of emotional ground to cover before season 3 wraps.

What did you think of episode 11? Are you happy to see the Waterfords and Winslow go?