Which Force Awakens Hero Was Supposed To Die, But Didn’t (Thank Goodness)? 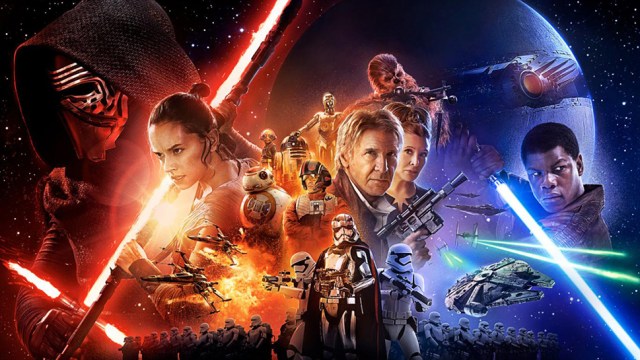 With a headline like that, I hope you know that spoilers for The Force Awakens abound in these waters. Beware!

In an earlier draft of the script for The Force Awakens, Oscar Isaac’s character Poe didn’t survive the whole movie — and that’s the version of the script that Isaac originally agreed to do, according to GQ, although he was a little disappointed:

“Sounds good!” thought Isaac, whose first experience in a movie theater had been seeing The Empire Strikes Back.

Isaac pushed back his initial disappointment and decided to do the movie anyway, only to then learn the pleasant surprise that Poe would survive after all:

I went back home, and I thought about it. Then I wrote [J.J. Abrams] and said, ‘Okay. I’ll do it!’ I figured it would be a cameo: I’ll come in, do my thing, and maybe it’s actually better not to have to sign myself up for three movies.

[But Abrams wrote back,] ‘Never mind. I’ve figured it out. You’re in the whole movie now.’

It’s hard to imagine the movie working as well without Poe returning for the crucial third act. Also? The massive fandom surrounding a romance between Finn and Poe (it’s real, damn it) or perhaps even a triad between Poe and Finn and Rey (go with it) wouldn’t have happened if these three adorable heroes hadn’t all survived the movie.

That moment between Finn and Poe about the jacket … “it suits you” … sighhhh. I’m just so grateful we could share that, you know?

(via Slashfilm, image via BBC)