The Fall of Cartoon Network | The Mary Sue

The Fall of Cartoon Network 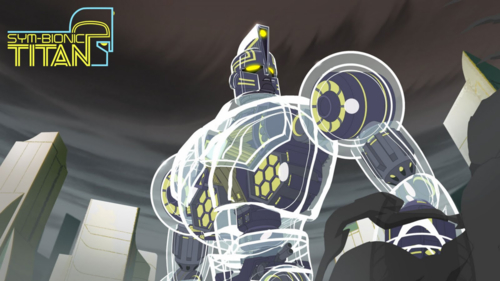 Have you noticed anything different about the programming on Cartoon Network? How about the fact that there’s a dramatic decrease in actual good, quality cartoons?

Before we get right down to the problem, I would like you to jump into my time machine, back to 1994 when Cartoon Network Studios was born. I’m not going to bore you with too many details, but what made Cartoon Network so great was its original programming — overseen by the president of the network, Jim Samples. The What-A-Cartoon! Show premiered in 1995 and showcased a slew of new cartoon ideas, many of which eventually got their own series including Dexter’s Laboratory, Johnny Bravo, Cow and Chicken, The Powerpuff Girls, Courage the Cowardly Dog, and so on.

Some of the executives who were in charge of the programming came from Nickelodeon, including the creator of Ren & Stimpy, John Kricfalusi. With the success of What-A-Cartoon! Show came the memorable Cartoon Cartoons, which was the collective name for all the original cartoon series during the late ‘90s including Ed, Edd ‘n’ Eddy and I Am Weasel.

Soon, Turner Broadcasting (which owned Cartoon Network) merged with Time Warner. During this time there was a lot of spill-over from the two companies; black and white Warner Bros. cartoons were now being shown on Cartoon Network along with reruns from the Kids’ WB and new shows including Justice League.

As the 2000s rolled in, Cartoon Network went through what I would like to call an “identity crisis.” During the first few years of the new millennium, most of the classic Cartoon Network programs were being viewed on its sister network Boomerang. But, by 2006, most of the cartoons including Dexter’s Laboratory and The Powerpuff Girls were coming back into thirty minute segments which were part of the show called The Cartoon Cartoon Show.

All this came to an end, however, when Jim Samples — the man who was part of Cartoon Network’s programming from the get-go — resigned on February 7, 2007, a few days after the Boston bomb scare incident involving Adult Swim’s Aqua Teen Hunger Force marketing campaign for the series’ first film. If you don’t remember what happened, the marketing campaign received negative attention from the police in Boston, Massachusetts; LED placards of one of the series’ characters, Mooninite Ignignokt shown flipping the bird, were sporadically placed throughout major cities, including Boston. One placard that was located at a station was seen by a passenger who in turn notified the police. The bomb squad was called in since the LED placards resembled what they though was an explosive device.

In short, Jim Samples felt responsible for the incident and unfortunately stepped-down from his position. Ever since he left that day, Cartoon Network has never been the same. Stuart Snyder succeeded Samples and, with his new title and power, has been the reason why so much quality programming, like The Grim Adventures of Billy & Mandy, has been canceled. Under his reign of terror, reality show-inspired cartoon shows from Canadian animation studios have emerged including Total Drama Island and 6teen. Just this year, Cartoon Network has come to resemble the Disney Channel and Nickelodeon more and more with its own sports award show called the Hall of Game Awards, hosted by Tony Hawk (excuse me, but wasn’t Tony Hawk more relevant a couple of years back?). Not to mention that Cartoon Network, under Synder’s regime, introduced a number of live-action shows including Destroy Build Destroy (inappropriately and awkwardly hosted by Andrew W.K.), Dude, What Would Happen? (kids acting out their hypothetical questions? Cool?), and Tower Prep (a terrible rip-off of the X-Men’s Xavier Institute).

Along with some half-baked animated shows like The Problem Solverz (I don’t even know how to go about explaining this one) and MAD (an ill-conceived attempt at turning a good magazine into an animated mess slandered with weak pop culture jokes), Cartoon Network is in dire need of some original content. But, even when promising shows cross Cartoon Network’s path, they eventually are swept away by cancellation.

Among the newer shows that Cartoon Network produces, there have been some gems including cult favorites: Chowder, The Marvelous Misadventures of Flapjack, Foster’s Home for Imaginary Friends, and the recently canceled Sym-Bionic Titan.

The number of good shows getting canceled has caused many fans to fight back, with words, of course! Sym-Bionic Titan, which got axed in early April, was created by veteran Cartoon Network animator/director Genndy Tartakovsky — the man behind many Cartoon Network series including Samurai Jack, which, wait, was canceled too! Sym-Bionic Titan was Tartakovsky’s latest creation which followed the renegade lives of Illana (an other-worldly princess), Lance (the soldier with attitude) and Octus (the humanistic robot) who initially together form the fighting Sym-Bionic Titan robot. The series was a great mix of subtle humor and action and, according to Tartakovsky’s influences, was something along the lines of Voltron meets a John Hughes flick.

The second season of Sym-Bionic Titan left fans wanting more. Facebook fan pages, deviantART, petitions and Tumblr blogs soon exploded urging fans to demand more Titan. You see, when a show on Cartoon Network gets canceled, it just sort of disappears into oblivion. There are no reasons given for why it was canceled, it just ceases to exist. Some surmise that Cartoon Network takes in the number of actual television viewers, without taking into consideration the number of viewers watching episodes online via YouTube and Hulu. Another reason is that, according to Tartakovsky himself, Cartoon Network canceled Sym-Bionic Titan over the fact that the series didn’t produce a toy line.

The Facebook fan page “Help Sym-Bionic Titan Get Another Season” has been booming with over 4,000+ active supporters since early April. I was able to get in contact with two very passionate supporters Robert Diaz and Julie Rozen. Robert, who speaks for most Sym-Bionic Titan fans, feels that Cartoon Network only appeals to the younger demographic, but once people of all ages start enjoying a show, it gets canceled (similar to what happened to Samurai Jack). Robert said, “The cancellation of Sym-Bionic Titan is yet another nail in Cartoon Network’s coffin. Apparently the new people in charge have little regard for quality or their viewer base and are desperate to appeal to an audience outside the animated [cartoon] genre. This has failed on other networks, producing pathetic ratings that do little to improve the overall channel itself.”

Julie Rozen has organized the petition entitled “Make More Episodes of Sym-Bionic Titan!” with almost 1,000 signatures to date. She urges fans to not only help support the animated series but also its creator Genndy Tartakovsky who over the years has provided Cartoon Network with consistently smart, creative and innovative programming.

Some may feel that these lengths are a bit extreme and whiny, but, in the past, shows that were once said to be no more, like Family Guy and Futurama, have been resurrected by who else? Its fans. Cartoon Network has to remember the original programming that made it great, and give a new series a chance to resinate with its audience.

The few shows that have somehow managed to survive the cancellation process have become fast favorites. Star Wars: The Clone Wars, The Regular Show and the immensely popular Adventure Time may have what it takes to become a long-running series. What these shows have, especially The Regular Show and Adventure Time, is a nostalgic quality and mature sense of humor that is reminiscent of the great Ren & Stimpy. Just don’t tell Stuart Synder I told you this. He might cancel them for being too creative.