The Season Five Finale of The Expanse Was Pretty Much Perfect 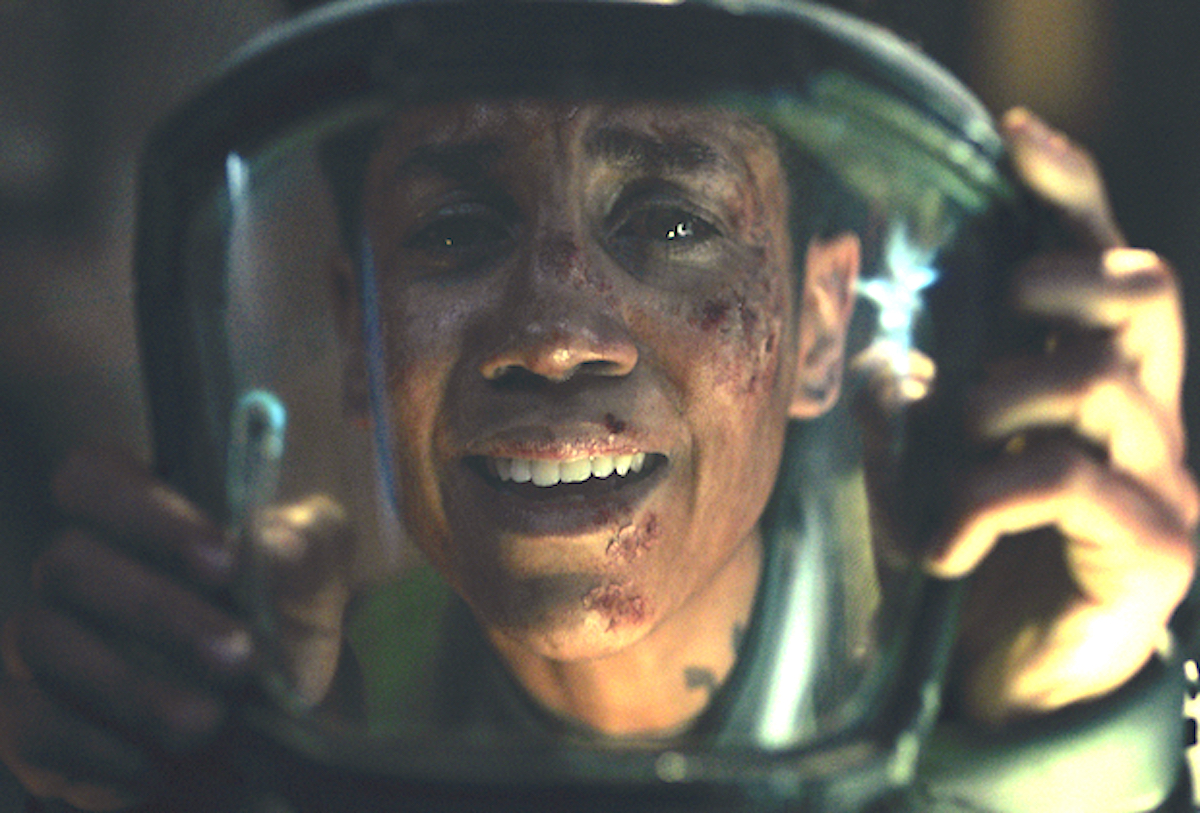 Another season of The Expanse has come and gone—and, surprising no one who’s a fan of The Expanse, it was brilliant. Season five encompassed many personal journeys for our heroes, and through trials, tragedies, and space battles, they ended up back where they belonged. Well, most of them did. Let’s take a look at the season finale, “Nemesis Games.”

***Spoilers for The Expanse season finale and season five ahead***

First, we should dispense with the elephant in the room. Alex Kamal is no longer with us. We knew it was coming, but I’m still seriously impressed with how the production approached Alex’s death. Ever since the sexual misconduct allegations against actor Cas Anvar came to light, and the show’s investigation of the claims and announcement that Anvar would not be back for season six, we knew that Alex’s time was limited. But how do you write off a central character who means a lot to fans, when his actor’s alleged actions make watching scenes with him uncomfortable?

The Expanse handled this perfectly. Alex essentially dies off-screen, and we see him dead after suffering a stroke. The possibility of a stroke following a hard burn in outer space is, as the episode notes, always a reality. The Expanse gave Alex a death that was both realistic and steeped in heroism and true to character—his last action was his determination to help Naomi—without giving Anvar a dramatic, lionizing death scene to play out.

Alex is gone, and we see how his death impacts the rest of his found family on the Roci. Quiet tributes like Holden looking at Alex’s name on the ship’s plaque were fitting and poignant. Naomi and Holden’s extra-emotional reunion with Amos was top-notch. It would have been strange for The Expanse not to have Alex’s death be a big deal or not show his crewmates and friends mourning him. I thought they pulled this whole thing off with flying colors.

It would appear that there are a few possible new crew members who might help fill in for Alex’s absence next season. I hope we see more of José Zúñiga’s gruff, no-nonsense Bull. Clarissa “Peaches” Mao (Nadine Nicole) has undergone quite an evolution and has secured herself a place on the Rocinante alongside Amos for the time being. And intrepid reporter Monica Stuart (Anna Hopkins) is fun to have around and also became more fully-fleshed this season.

As we’ve established before, season five belonged to actress Dominique Tipper and to her character Naomi Nagata. The exceptional eighth episode should go down in history. Tipper had even more to show us in the season finale, embodying Naomi’s physical plight and then her subsequent grief and guilt over Alex. Her rescue scene had me breathless, and more than once I actually whispered “She’s just extraordinary” out loud in regards to Tipper’s performance.

The scene where Naomi and Holden, reunited, listen to the message that Naomi had recorded for Holden “in case something goes wrong” was something it takes many seasons of a show to establish. The depth of emotion and affection between Steven Strait’s Holden and Tipper’s Naomi as they gazed silently at one another for the message’s duration was a masterclass in writing and playing out a scene.

“Nemesis Games” had many other standout moments. I couldn’t have been alone in cheering when our perennial fave Camina Drummer (Cara Gee) regained control and did her thing, and that chaotic spaceship shoot-out had me on the edge of my seat. In an era where we have more than enough Star Wars space battles and other science fiction shows also seem to try and turn their space battles into Star Wars, The Expanse has its own unique feel and style. Even fans of the book are never quite sure what will happen next, and I love how the show always keeps us on uneven ground.

I also adored how they resolved Naomi’s rescue and got Bobbie Draper (Frankie Adams) back into action. Mary Sue commenters had predicted that it would be Bobbie in her suit that would help save Naomi, so good work here, team!

What else? Well, Avasarala (Shohreh Aghdashloo), back as “queen of Earth” where she belongs, gave the most perfect speech. “This is how we win,” she declared, as the camera panned around to the cast of characters from far-flung regions in fancy dress together. These were people who throughout the seasons were often at murderous odds with one another, and now they’re united in friendship and common purpose. Show me another series with such excellent character and plot development. I’ll wait.

And of course, we had that kicker of an ending. Just when any other show might have ended with the triumphant party, The Expanse went and blew everything up and set the stage for next season. Marco Inaros is, of course, still causing trouble. (I know I’m not the only one who hoped Drummer would take care of him.) The protomolocule is back in play, and rogue Martians mucked around with the Gates. Season six should be a lot more alien-based and visit other worlds and become galaxy-trotting once more. I’m excited for that. But it was also quite the treat to have a season so grounded in the characters’ lived experiences and personal growth. It was nice to shelve the protomolocule shenanigans for a while, and this was only really possible after a show earned the amount of trust that The Expanse has.

Season five of The Expanse was something special, as is the show on the whole. Please continue trying to make your friends, lovers, and even frenemies watch The Expanse. Next season we’ll likely be watching adaptations from the book Babylon’s Ashes—and I’ll be in denial about season six being The Expanse’s last until further notice.

What did you think of “Nemesis Games”?