Higgs Discovery Suggests The Universe is Finite | The Mary Sue

The End Is Nigh Billions of Years Away: Higgs Discovery Might Suggest Universe is Finite 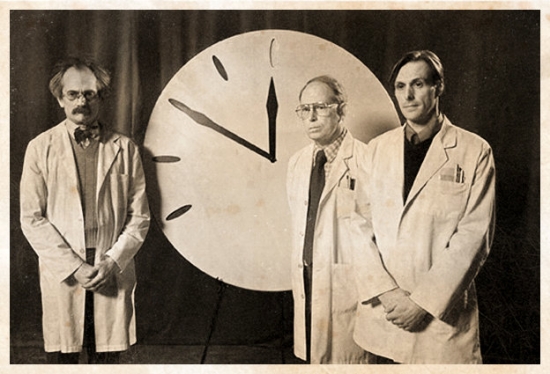 The scientific community got pretty excited with the discovery of a Higgs-like particle last year, but it turns out it’s not all smiles and high fives. Apparently the Higgs boson was the missing piece in a subatomic calculation that could predict a Universe-ending catastrophic event in the future. How worried should you be? Depends on how many billions of years into the future you’ve made plans, but chances are pretty solid that you’ll be long dead before this happens. So will the Earth. Smile! Everything ends!

The news of the Universe’s impending doom comes from theoretically physicist and mood-ruiner Joseph Lykken who works at the Fermi National Accelerator Laboratory, and is also one the team at the Large Hadron Collider. He says the discovery of the Higgs fills in missing pieces of a calculation that could help explain the beginning — and end — of the Universe:

This calculation tells you that many tens of billions of years from now, there’ll be a catastrophe. A little bubble of what you might think of as an ‘alternative’ universe will appear somewhere and then it will expand out and destroy us.

The calculation hinges on knowing within one percent the mass of the Higgs boson, but to do that scientists at Fermilab and the LHC must first confirm that the Higgs-like particle discovered last year really is the Higgs boson. Work to do that is currently underway.

The specific numbers of when the Universe could end are still being pinned down, but it’s billions of years away, so it doesn’t much matter. Especially when you consider that the Sun will burn out and engulf the Earth in about 4.5 billion years and there’s nothing we can do about it because we’ll all be long dead by then.

Just in case hearing that the Universe is probably finite and will one day be engulfed by an alternate universe expanding at the speed of light has got you down, here’s Eric Idle singing about the Universe and how amazing it is that we’re even here in the first place.

(via Reuters, image from Watchmen)