The Dark Knight Rises Teaser May Run With Deathly Hallows 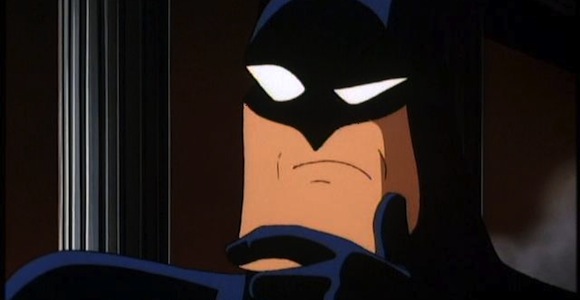 Here’s something to get you excited for the final installment of the Harry Potter films if you might otherwise not be: According to Superhero Hype’s anonymous source, the first teaser trailer and poster for The Dark Knight Rises will be released to run with Harry Potter and the Deathly Hallows: Part 2.

We’re hearing that the teaser trailer is a minute and 33 seconds long and will play in 3D  theaters, 2D theaters and IMAX 3D screens.

“What?” you say, “But that’s far too early! They just started shooting and the movie doesn’t come out for another year! We don’t even know what Catwoman looks like!” Well, as DC Women Kicking Ass reminds us, the first teaser trailer for The Dark Knight premiered about a year before its release. Certainly, it was mostly voiceover and a shattered Batman Begins logo, but it also gave us our first taste of Heath Ledger’s Joker voice.

And certainly it would make sense that Warner Bros., who is attempting to manufacture the characters of the DC universe into the tent pole summer releases it needs to replace the Harry Potter series, would want to try and get some of their Harry Potter audience excited about their next summer release.

I tell you, it kind of makes me want to think about hitting up that midnight showing. Emphasis on kind of.