Footage From the Set of The Dark Knight Rises Is Full of Action, Bane, and a Bride? [Updated] 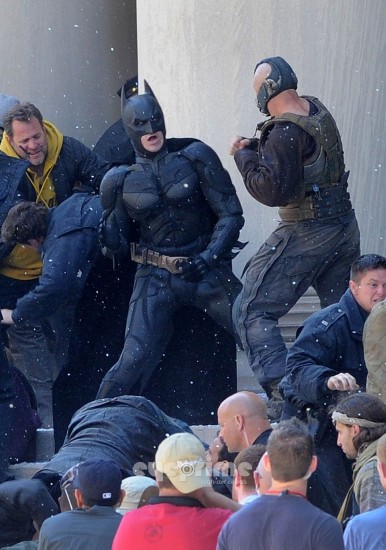 There he is! the Dark Knight himself, and it looks like we can confirm at least one “tussle.” Christopher Nolan‘s The Dark Knight Rises was shooting in Pittsburgh, PA this weekend and photos and video from the set have leaked out all over the Internet, showing us The Bat and The Bane — or just Bane — who might be doing a poetry reading? It’s not clear. There was also a wedding going on that had nothing to do with the movie. After the jump, more photos and some set video. None of it is spoilery. Update: Actually, there is a pretty wicked spoiler involved here. Added to the very, very end of the post. 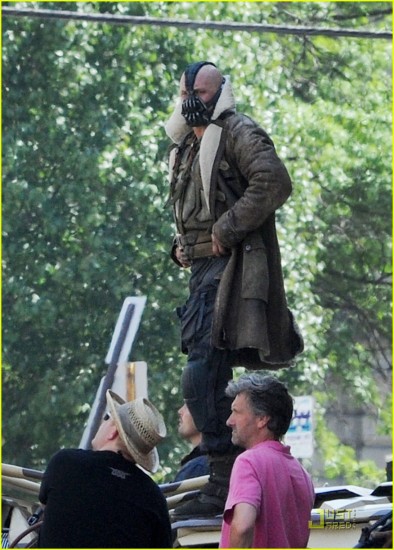 And another badass shot: 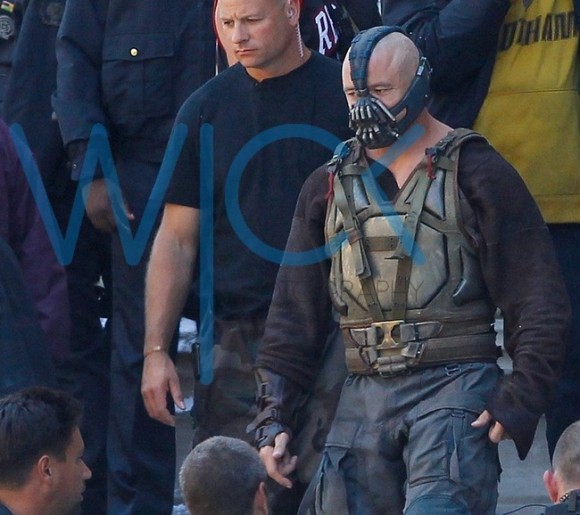 Bane and Batman, chillin’. Judging by the first picture, that could be either Christian Bale or a stunt guy: 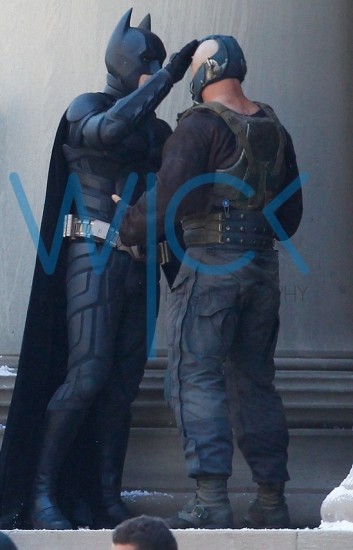 And Bane waving to the wedding party: 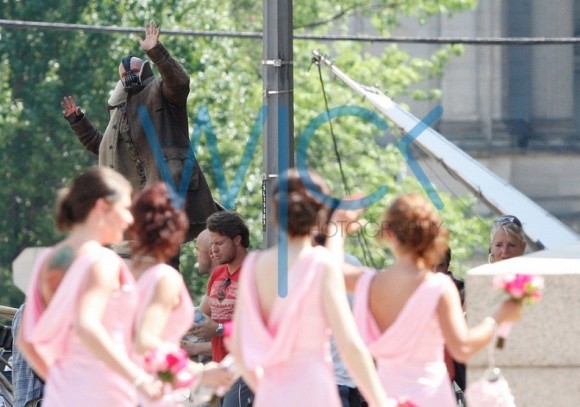 Here is video of the bride and groom checking out the Batmobile:

But more importantly, there was actual movie shooting going on and Christopher Nolan was totally there, directing the Bane scene!

And, to kick off the week, an explosion:

Other scenes that were being rehearsed and shot were a jailbreak riot and tons of press extras. It’s officially a movie, you guys.

Update: According to Blastr, some of the pics taken yesterday do reveal a spoiler concerning the plot. Some pics show Hardy holding a piece of paper in front of a crowd of people, like this one: 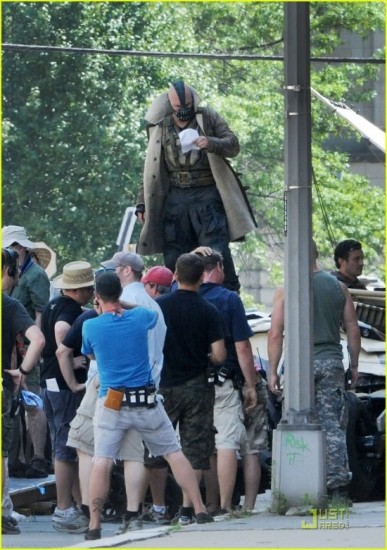 But what is on that paper? Stop here if you don’t want to know! We’re warning you!

At first, we assumed that this paper contained actor Hardy’s lines, and perhaps he had problems memorizing a particularly challenging monologue. But no.

The piece of paper, which Bane rips up and throws away, is actually a photo of Harvey Dent, who later turns into Two-Face, another Batman foe.

This suggests that Bane is thinking about Dent … and perhaps the evil genius realizes that Dent isn’t the hero that he was made out to be in The Dark Knight.