The Case for Co-Op: Can Better Multiplayer Bring More Women Into Gaming? 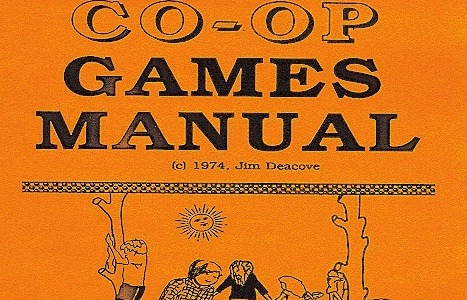 “What would you like to see more of in games?” my brother asked my friend and I the other day.

“Yes,” my friend replied. “Can we please all stop shooting each other?”

This is a conversation my gamer friends and I often fall into (these friends also all happen to be male, which will become relevant later). Though all of us have reveled in FPSs and MMOs over the years, we are anxiously awaiting releases like Torchlight II and Diablo III, which will offer good ol’ fashioned private co-op. We miss the days when playing with friends didn’t mean bringing a dozen or more strangers along for the ride, or having to deal with being assigned to opposing teams. We want cooperation instead of competition. Team-building instead of chest-thumping. Safe places to explore and play.

And though I’ve had that conversation many a time, I recently realized that those gameplay elements are exactly the things that game developers discuss when trying to tackle an all-important dilemma: how to appeal to women.

The gaming industry is hungry for more of the female audience. During E3, I noted that a few of the big developers mentioned the oft-quoted statistic that about 42% of gamers are women. However, none of them addressed how that would affect their development process. From reading game dev news, I get the impression that lady gamers cause quite a bit of head-scratching. If “shrink it and pink it” isn’t enough, then what do women really want?

Well. Since you asked.

When trying to make the case for a more inclusive gaming environment, people often point to aesthetics and storytelling. Give us characters we can relate to, we say. Give us reasonable armor. Give us roles that equate to more than just eye candy with a big gun. All those things matter (goodness knows I’ve said plenty on those fronts). But could part of the solution for getting more girls into gaming be a simple matter of game mechanics?

I’ll come back to that in a moment, but first, we need to understand why women aren’t a big part of the hardcore gaming market yet (though, I assure you, we’re here). To do that, we have to look at what women are playing. The theory is that the increase in female gamers is primarily due to social and casual gaming – things like FarmVille and Angry Birds. Reportedly, women make up over half of the mobile gaming market. Instead of jumping to the silly conclusion that this means women naturally prefer easy games over the stronger stuff, let’s look closer at what traits those games actually draw upon. For starters, they require strong social skills and interpersonal cooperation. They encourage team-based problem solving. They develop a player’s creativity, ingenuity, and yes, strategic thinking.

These are the skills that are focused on when devs talk about making games “for women” – a notion that makes me positively twitchy. Yes, I want women to be considered as part of a game’s development and marketing process, but to slap that label on a product makes me wonder where it says “for men” on all the games that I love. I’m sure there are exceptions, but when creating a game “for women” that focuses on social and cooperative skills, they also set them in places like parties or school dances or kitchens or…sorry, I can’t type any more examples, I’m actually seeing red.

There’s an over-reaching logic that goes into making those kind of games. It goes like this: if girls prefer social, cooperative games over aggressively competitive shooters set in sci-fi/fantasy settings, then that must mean that they don’t like competition, guns or SF/F. If you share that opinion, please take thirty seconds to look around this site. I guaran-freakin’-tee that women are down with aliens, explosions and magical swords.

And as for those skills being “feminine,” any hardcore gamer will tell you that cooperation, socialization, and collaborative problem-solving are absolutely essential to the success of a multiplayer game. A raid will fall to pieces if people aren’t working together and listening to the needs of the group. I’ll take an eager noob with people skills over an uber 1337 hot shot who doesn’t care about the group. No question.

So, if games already offer a place to exercise interpersonal skills, and if women like action and SF/F, then why aren’t they playing what’s already out there? There are two answers to this. The first is an issue that’s been talked about on The Mary Sue before, which is that the online gaming community isn’t always the most comfortable place to be a woman. Yes, it’s important that we make our presence known in public multiplayer settings, but the fact of the matter is that in-game harassment has scared some women away from gaming, or discouraged them from trying it out altogether. I’ve encountered plenty of women who fall into one of those two camps (and it breaks my heart).

This brings us to the second half of the equation: the core gameplay. Take a look at 2010’s top selling games in the US, as compiled by VGChartz. If you remove the casual stuff – WiiSports and the like – we’re mainly left with things like Halo and Call of Duty. Now, of course there are plenty of women who love nothing better than first-person shooters set in gritty warzones. Thing is, those women are most likely already playing. If we’re talking about getting new players, the glut of FPSs poses a problem – and not for the reasons you may think.

A recent study by media research group Interpret reports that the majority of female gamers surveyed prefer single-player to multiplayer, and that they also prefer games that are more story-driven. Based on my own casual observations, I would agree that I’ve noticed the same. However, we know from the popularity of social games that such a trend is not because women prefer gaming alone. I’d venture that the preference towards single-player is because most games don’t offer a multiplayer experience that appeals to the majority of women. Though shooters may have solid storylines in single-player mode, playing multiplayer means jumping into a stranger-filled skirmish devoid of narrative context. That suits some women just fine, but going by the numbers, the average female gamer doesn’t find it terribly appetizing. Demographically speaking, women seem to lean more towards cooperation than competition. Whether that’s nurture or nature, I can’t say. I’ll let the sociologists and evolutionary biologists hammer that one out. For the sake of this article, it is what it is.

Okay, to sum up – we’ve got a preference for cooperation and social problem-solving, a dislike of competitive free-for-alls without a story, and a need for a welcoming social environment. Put all those factors together, and I think think I can outline a solid case for why an increase in non-competitive co-op could change the market in a big way.

>>> Next: The Solid Case for Why an Increase in Non-competitive Co-op Could Change the Market in a Big Way