The Best of Pull Wisely 2015: The TMS Staff Picks Their Fave Comics of the Year 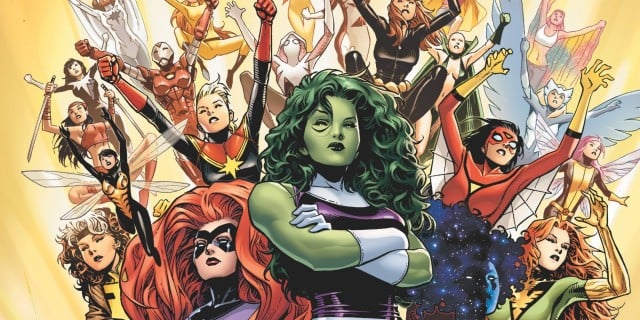 2015 has been a pretty amazing year in comics. Marvel has gotten all-new and all-different, DC has brought back an ongoing Supergirl comic in light of the successful TV show, and publishers both large and small seem to really be listening with regard to our cries for diversity. Books like Midnighter, and Lumberjanes brought us gay and lesbian characters to love and root for. Moon Girl and Devil Dinosaur and Kaptara have brought us more heroes of color. And titles like A-Force, DC Bombshells, Swords of Sorrow, and Giant Days prove that female-heavy casts of characters draw readers in and deserve a place in the spotlight!

We’ve reviewed a lot of great comics this year, so this list was really, really difficult to put together – but here is the Pull Wisely team’s Top 10 Comics of 2015 listed in no particular order, and organized according to the TMS staffer who chose them. 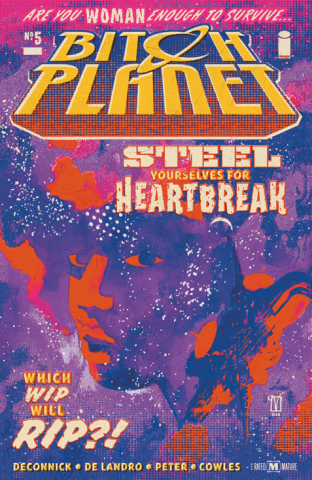 This title is amazing as a whole, but Issue #5 is when the story Gets Real for reasons I don’t want to spoil. Do yourself a favor and buy the first collected volume so you can catch up to the single issues. There is often a bit of a wait between issues – but there’s a reason for that. So much thought goes into Bitch Planet, not just from a comics storytelling standpoint, but politically. This book makes no bones about being a feminist comic, and in the spirit of that will delay an issue to ensure that a shower scene that is depicted doesn’t cater to the male gaze. The back of each issue alone must take a great deal of time, as there’s not only a letters column, but there are essays by feminist activists and scholars that provide lots of food for thought. Sometimes, the wait between issues of Bitch Planet can be painful, but that pain is guaranteed to be worth it. 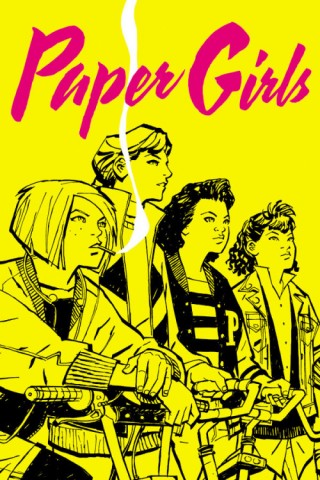 I love when comic book creators surprise me. I thought that Brian K. Vaughan had already surprised me with his hit series, Saga. But then he went and did it a couple more times in 2015. First, with a mini-series called We Stand on Guard, a story with an amazing female protagonist that will change the way you think about US-Canada relations. Then, a little later, Paper Girls debuted, and proved to be completely surprising in its normal-ness. Get in on the ground floor of this sci-fi series set in 1980s small-town America that stars a quartet of wonderfully nuanced middle-school girls just trying to make a living in a male-dominated industry (ie: delivering newspapers). Chiang’s art is a perfect compliment to Vaughan’s story, bringing each of these girls to glorious life, and helping us see how frightening “teenagers” can actually be! 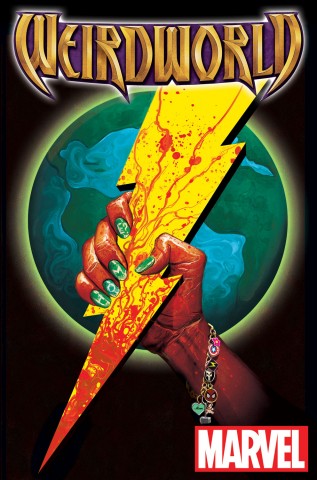 I fell for this title hard. Taking place immediately after the events of Secret Wars, Weirdworld #1 introduces 16-year-old Becca who, after struggling with a personal tragedy, ends up on a plane that crashes in Weirdworld. She desperately needs to find her way home. Thankfully, she happens upon a badass wizard-slayer with a sweet ride named Goleta who allows Becca to tag along with her on her adventures. Two well-crafted female protagonists in a world where the storytelling possibilities are endless! Humphries’ writing is inventive and emotional, and Del Mundo’s art is beautiful and creative and appropriately weird. Issue #2 doesn’t even come out until next month, and this is already a necessary title on my pull list. 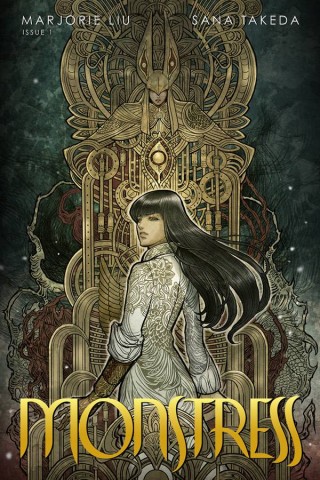 This harrowing, beautiful fantasy epic astonishes from the first issue. It was created by an all-female, Asian creative team (Liu is Chinese-American, Takeda is Japanese), which gives the story of a young girl who happens to be a monster inside a unique perspective. This isn’t just a story about magic and monsters either – it’s a story about war. It’s about freeing oneself from oppression and owning one’s power. It’s about people fearing what they don’t understand. It’s about how people exploit each other. Maika is a stunning protagonist whose mysteries are deep, but we see enough of her personality to want to follow her everywhere to see where her journey will take her. Takeda’s beautiful art alone is worth the heftier-than-usual cover price, but Liu’s story is inventive, incisive, and compelling. Check this out ASAP.

Wow. I liked a lot of Image Comics titles this year! 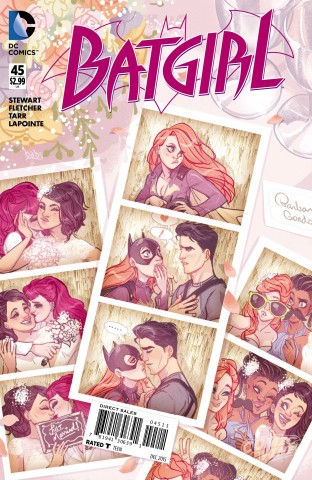 This was a big deal for me because it’s the issue in which Alysia Yeoh got married. It was just such a big moment to see a trans woman finding happiness in a comic book that didn’t feel gimmicky, exploitative, or cheap. It’s a big deal, and I know it’s something a lot of people felt was a huge moment in comics history. 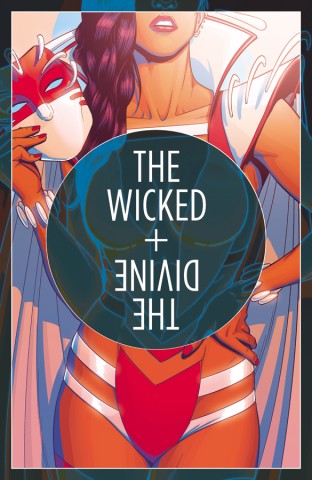 The Wicked + The Divine #13 (written by Kieron Gillen; art by Jamie McKelvie – IMAGE)

The “Fucking Tara” issue. It’s a heavy one (moreso than the other WicDivs if you can believe it) that focuses on Tara and her dealings with how toxic and harmful a fandom/fanbase can be. Every time she tries to essentially be herself and not a goddess, she’s relentlessly and mercilessly harassed online. This was a brutal yet poignant commentary on the nature of fandoms in our day and age. Oh, and Tula Lotay’s art is just absolutely freaking superb. 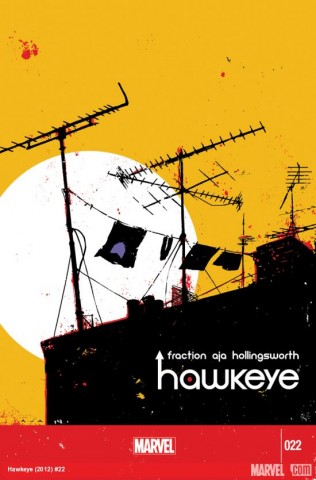 The end of Matt Fraction/David Aja’s run on Hawkeye was like watching a good friend move away. You know they’re doing what’s best and what’s good for them, and you support the hell out of them, but it still hurts a little bit to see them go. The entire run was a hell of a ride, and its ending just feel like such a well done wrap up to a top notch film trilogy. What they did with Clint renewed Hawkeye in a lot of people’s eyes, and that alone is a big, big deal. 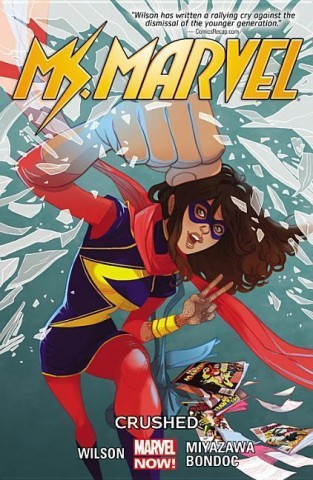 The third and fourth collected volumes of the new run of Ms. Marvel, written by G. Willow Wilson, with Takeshi Miyagawa and Marguerite Sauvage illustrating Volume 3 and Adrian Alphona illustrating Volume 4, have earned a lot of well-deserved praise … here’s a little bit more. Teenage superheroine Kamala Khan and her peers (both superpowered and not) deal with a variety of relatable stresses – unrequited crushes, overprotective parents, homework, and so on. But Kamala’s personal story also navigates trickier waters: internalized racism, the gentrification of Kamala’s New Jersey neighborhood, the scrutiny that comes with being a public figure, the unique problems faced by Kamala’s decision to fight crime in spite of her realtive youth and inexperience … it’s heavy stuff, and yet the comics consistently manage to balance its tougher topics with more light-hearted and humanizing moments. Kamala feels like a person, not a symbol – yet that exact problem is one that she must face, both on and off the page. 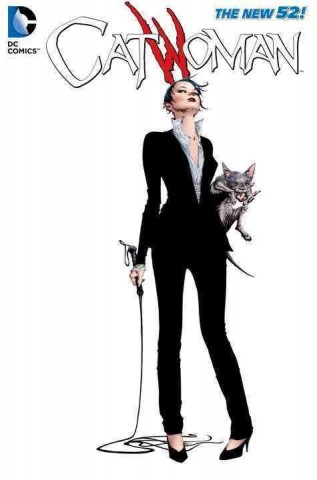 Catwoman Vol 6: Keeper of the Castle rocketed to the top of my all-time favorites list as soon as I read it … yet almost no one seems to know or appreciate how great it is, in spite of how many times I keep repeating it. Valentine’s run with Catwoman has ended, but just before it came to a close, I had the opportunity to interview her about the work she did; it’s worth reading her thoughts on the character in her own words. But also, just pick up the book! 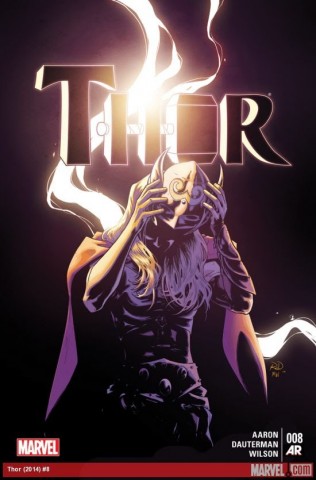 Thor Vol. 2: Who Holds the Hammer? (written by Various; art by Various – MARVEL)

Thor Vol. 2: Who Holds the Hammer?, written by Jason Aaron, CM Punk and Noelle Stevenson, and illustrated by Russell Dauterman, Rob Guillory, Marguerite Sauvage and Timothy Truman, collects more of Jane Foster’s adventures as Thor. It also reveals that Jane Foster is Thor, which … uh … hopefully that’s not still a spoiler by now. Perhaps the most fun aspect of this volume is the inclusion of a 1977 throwback “What If?” issue: “What if Jane Foster had found the hammer of Thor?” It could only happen in a parallel universe, back then … but now it can happen in our actual universe, and it’s pretty damn great.

And since this was such a hard list to come up with, we couldn’t help but come up with some Honorable Mentions that also deserve a shout-out in 2015! Here they are in no particular order:

Well, those were our faves in comics this year! Did we miss anything? (Of course we did!) Tell us all about your fave titles in the comments below! And have a wonderful holiday season, everyone!