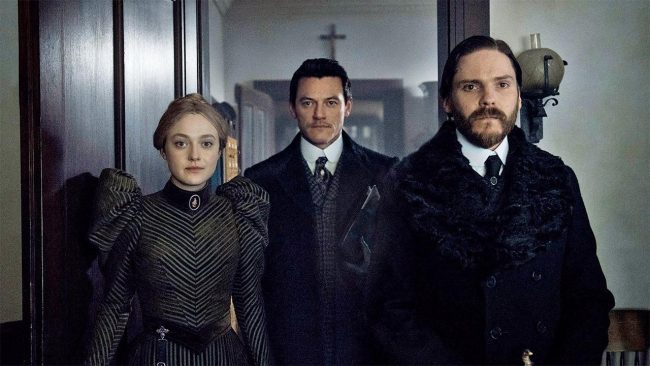 [Spoilers for The Alienist ahead.]

I’ve seen the first two episodes of TNT’s star-studded adaptation of The Alienist, and I’m here to say that I wish I had access to more.

I was already excited to see Caleb Carr’s bestselling novel onscreen, but now that I’ve gotten to see The Alienist in action, it’s even more exciting to report that so far, the show is promisingly good. If you’re just joining us, The Alienist stars Daniel Brühl as the titular “Alienist” Dr. Laszlo Kreizler, a criminal pathologist whose approaches to human psychology seem awfully strange in an unforgiving era, Luke Evans as the rather lush newspaper illustrator John Moore, and Dakota Fanning as free-spirited police secretary Sara Howard. The three combine their areas of expertise in the hunt for a brutal serial killer who is targeting boy prostitutes in New York City’s slums.

Many people unfamiliar with the book will be drawn to the series by its star power, and the leads—all movie stars in their own right—translate wonderfully to television. Brühl’s Kreizler is the center of much of the drama, and he plays the brilliant, unorthodox doctor with a perfect combination of melodrama, brooding, and tenderness that seems reserved for his patients. Evans, as his old Harvard friend John Moore, is also excellent—acting the sort of gee-whiz straight man to Kreizler’s over-the-top approach, but he’s as game as any John Watson type to plunge into danger alongside his eccentric pal. 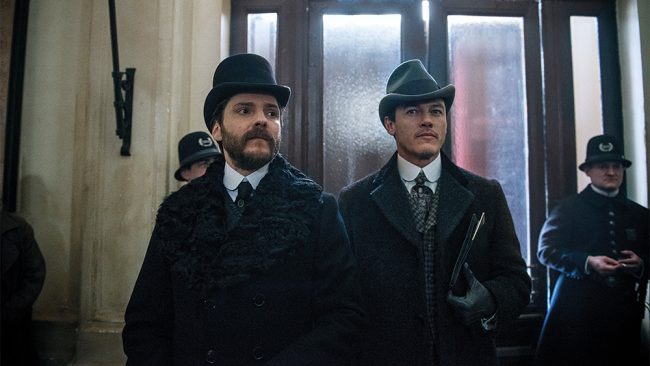 Moore has a lifelong acquaintance with Fanning’s Sara Howard, and Fanning impresses as a clever modern woman trapped in 19th century expectations, already exhausted with how men treat her (Sara Howard Is All of Us). It’s clear that the main characters are also keeping secrets and have secret vulnerabilities we haven’t seen in the first two episodes, and there’s the potential for much emotional entanglement.

The primary plot of The Alienist is this unlikely team’s dedication to stopping a serial killer who is found to have murdered several young boys in ritualistic and barbaric fashion. Complicating the investigation is the near-total corruption of New York City’s police department, aided by graft-giving gangsters who have their own reasons for being involved.

Through the course of the first two episodes, we also meet supporting characters like upright (and thus unpopular) police commissioner Theodore Roosevelt, and the young, enthusiastic policemen Marcus and Lucius Isaacson, ostracized because of their Jewish background and put to work to help Kreizler with forensics. So far the scene-stealing Isaacson brothers are definite contenders for my Alienist favorites. 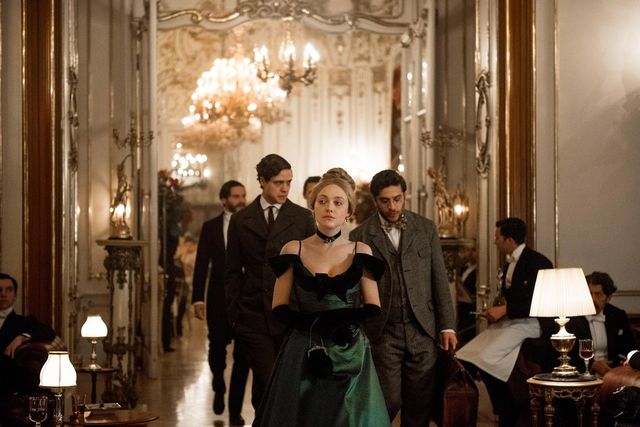 A few of my favorite things: Sara’s dress and the Isaacsons

The show is absolutely gorgeous, with rich, involved sets, pitch-perfect costuming, and cinematic camera angles that will trick you into thinking you’re watching a feature film. If I have any criticism it’s that this movie-like flair can sometimes feel a bit ponderous and overly artistic, but if the worst thing I can say about The Alienist is that it tries too hard to be beautiful and deep, that’s not much of a problem—because it mostly succeeds. The show’s tempo can feel uneven, with slow, careful scenes suddenly bracketed by action and suspense, but it always keeps you on your toes. I was dreading the end of the second episode because I knew I didn’t have any more to watch thereafter.

If you don’t adore murder mysteries, you might not like The Alienist, although its deep dive into the harsh realities of living in the 19th century is catnip to anyone who likes history. There’s disturbing scenes of mutilated bodies and suspenseful, scary moments. But the history hook is also real: We get to experience the overt sexism that Sara Howard faces as she tries to blaze a trail as the first non-janitorial employee of the police department. We spend time inside a brothel populated by young male prostitutes, and the openness with which their sexuality is presented may surprise viewers accustomed to thinking of the past as buttoned up. We go inside dark, putrid slum buildings where immigrant families are packed together like fish in a barrel. On the reverse, we see the immense wealth of people like J.P. Morgan (in a passing cameo!) as they sip champagne in white tie at the opera. 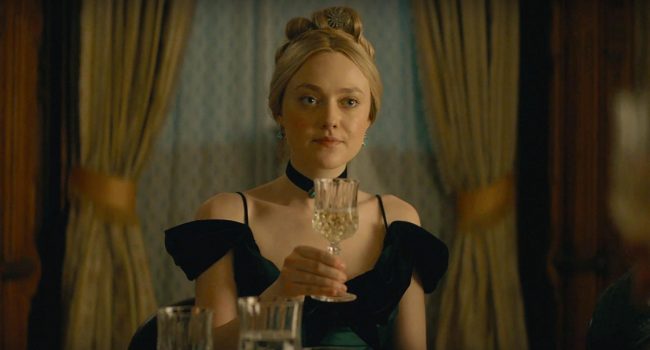 Most of all, we see Dr. Kreizler’s humane approach to psychology that seems to make him a, well, alien among his fellows, but that we recognize as being in the right many years before his time. He tells a mother that her son’s desire to wear female dress is simply his nature, and he practically comes to blows with a priest who is condemning a young girl for daring to masturbate. Kreizler may be intense, but you know you’d want him treating you. It’s impossible not to root for him as he doggedly pursues the killer, often putting himself into harm’s way in the process.

The first two episodes of The Alienist were extremely promising. In terms of the depth of its look, feel, and acting, it’s hard to think of anything comparable that’s currently on television. I can’t wait to see where it takes us, although I’m certain that some scenes will make us want to avert our eyes. It’s a good thing the show’s protagonists are so unflinching.

The Alienist premieres on TNT on January 22 at 9pm EST.