After a Brief Rebranding & Some Major Ethical Violations, A&E’s KKK TV Show Has Been Cancelled 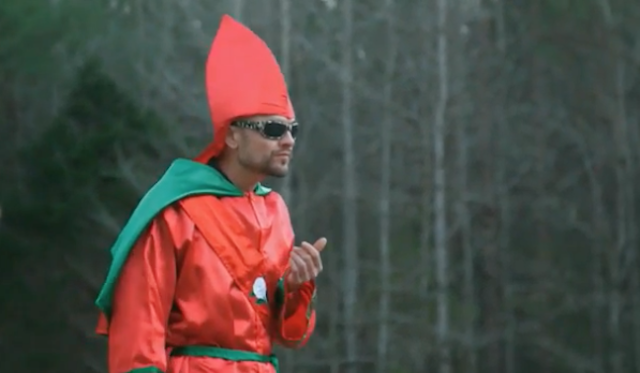 Last week we wrote about A&E’s upcoming show Generation KKK, and the fears that bigotry was being given this kind of platform. The internet wasn’t shy about make its feelings on the show known, and in response, the network attempted a quick rebranding. They changed the title to Escaping the KKK: A Documentary Series Exposing the Hate In America, emphasizing the difference between reality show and docu-series. They also released the show’s first trailer, an extended clip focusing mostly on the youngest Imperial Wizard in the history of the Klan and his quest to groom his 14-year-old daughter to take his place. (Warning: it’s creepy and really upsetting.)

But a rebranding, along with “enhanced partnerships” with civil rights groups, wasn’t enough to keep the show from falling apart entirely when the network discovered third party producers had given cash payments to some participants “in order to facilitate access.” This was after A&E promised Color of Change and the Anti-Defamation League that no hate group members would be paid for their participation. The payments were described as “nominal,” but giving any money at all to members of the Klan is enough to make audiences feel way too disgusted to even consider supporting the show.

Yet I can’t help but be disappointed, given the way A&E describes what they wanted from this show. Their statement announcing the cancellation describes something that sounds much more powerful:

A&E takes the authenticity of its documentary programming and the subject of racism, hatred and violence very seriously. Just because this particular show goes away, the issues of hate in America do not. We will still seek to fight hate in America through on-air programming including town halls and documentary programs produced in partnership with civil rights organizations, as well as continue to work with the civil rights community to facilitate a deeper dialogue on ending hate through comprehensive educational and outreach campaigns.

I want to watch the show that statement describes: one that fights hate, creates a deep dialogue, and confronts bigotry head-on. Knowing what the network wanted the show to be makes the reality that much more disappointing. Early reviews make it clear that changing the name wouldn’t change what the original, overtly flippant title conveyed—a platform by which hate groups’s messages are amplified and legitimized. Also, giving money to dangerous bigots is obviously unforgivable.

Still, hopefully A&E and other networks can learn from these giant mistakes. There’s a big gray area between ignoring the worst dangers facing us today and normalizing them. Most networks and media outlets seem to be leaning toward the former, and A&E just dove headfirst into the latter. Here’s hoping we’re working our way toward that big space in the middle, where don’t have to ignore evil, but also don’t try to make it cute.