Team Darkseid or Team Thanos? The Internet Is Debating | The Mary Sue

The Internet Is Debating Who Is Baddest: Darkseid or Thanos? I Say Darkseid. 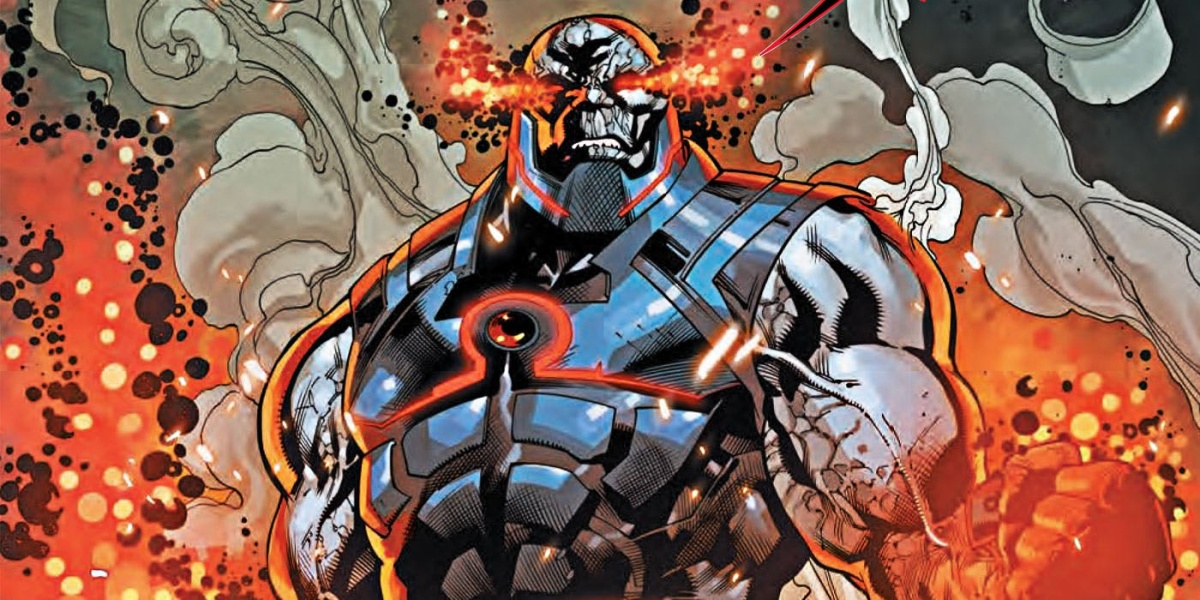 Thanos vs. Darkseid? 🤔 Who you got?

The internet is debating who’d win between #Thanos and #Darkseid.

With all respect to the Mad Titan, there’s no way the Lord of Apokolips wouldn’t stand victorious.https://t.co/Rc7c6xEGvp pic.twitter.com/p1mbgutBRG

I love darkseid but if your argument against thanos is that he’s nothing without the stones, then you really don’t know shit about the character. Thanos in 616 has matter manipulation, can literally curse people, he’s a telepath, energy manipulation pic.twitter.com/8eEbXGYEv9

Y’all arguing over Darkseid vs Thanos knowing full well Santa could clap both of them #Darkseid pic.twitter.com/kFXw5rgubx

Now, as someone who loves Superman comics, I am personally more a fan of Darkseid. Yes, he’s the ruler of a planet that sounds like a spin-off Hot Topic meme, but Apokolips has always been a place that so perfectly shows the kind of ruler Darkseid is. In the mouth of Hell, Darkseid is the person even the devil fears.

The design of Darkseid, while similar to Thanos (who came two years after Kirby creation), is just really cool. I love that he looks like stone, and when the omega beams come out it almost feels like a volcano exploding.

Darkseid’s signature ability, the Omega Beams, is an energy blast that he fires from his eyes or hands as either a concussive force or disintegrating energy which is capable of erasing living objects and organisms from existence. Despite the fact that these beams are supposed to be hard to dodge, people like Batman (a mere human) have dodged them, but it doesn’t mean we should ignore their power. In addition to being a killing force, the beams can also resurrect fallen beings previously killed by them, depending on the Dark Lord’s will.

Sometimes as a punishment for failing, instead of killing them outright, he will destroy someone once and then bring them back. Imprinting the pain in their minds before allowing them to live since they are too valuable to kill outright. Darkseid has nearly complete control of this energy, and his aim allows the beam to travel in straight lines, bend, or curve around corners and even pass through matter or other forms of energy.

Additionally, Darkseid also has additional powers of telepathy and telekinesis, can take Superman on punch for punch, and has crafted a team of powerful female warriors who are loyal to him.

I don’t know who would win exactly, but I know that it would be an epic battle between two creatures who seak out Death in their own way. I’d love to see it.

Which giant do you stand with?