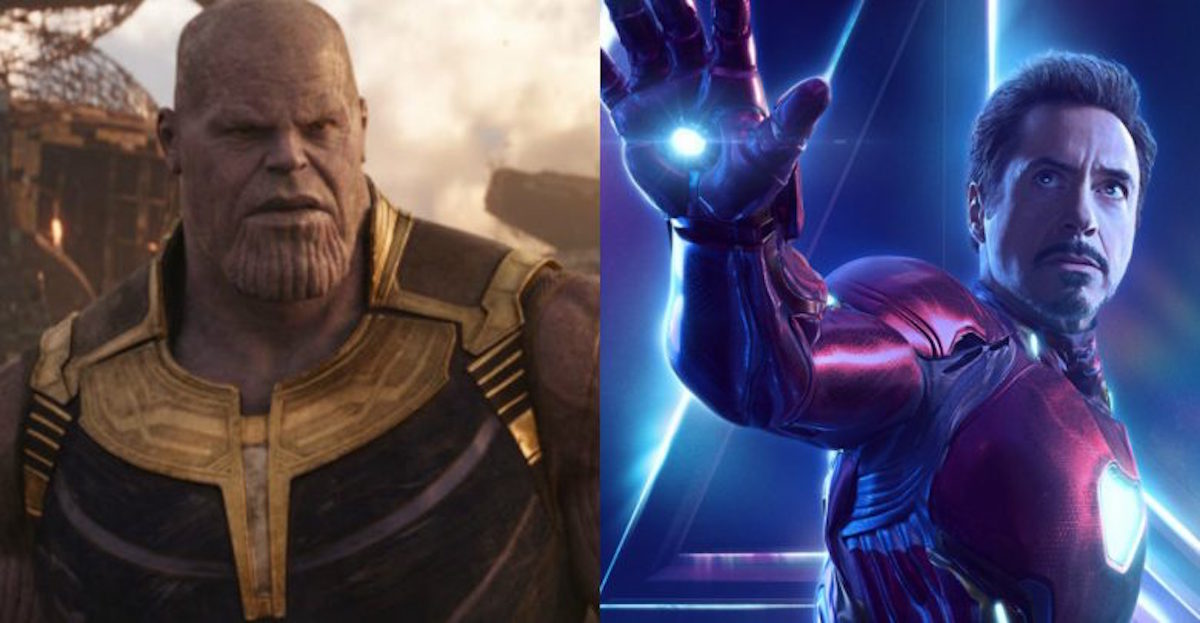 Giant purple menace Thanos recognized Tony Stark on sight when they battled on Titan, even though the two had never met before. Now, thanks to the Avengers: Infinity War digital release commentary, we know why.

As Thanos and Tony fight it out on Titan during Infinity War, Thanos refers to Tony as “Mr. Stark,” to which Tony replies, “You know me?” Thanos answers in the affirmative, saying, “You’re not the only one cursed with knowledge,” and seeming to draw a parallel between himself and Tony.

Fans speculated that perhaps Thanos knew who Tony was at that moment because he had just acquired the Soul Stone—one of the Stone’s abilities is to basically hack into another person’s soul and reveal information about them. This rather fit with the “cursed with knowledge” line (especially since Thanos murdered his daughter Gamora to get the Stone), but according to screenwriters Christopher Markus and Stephen McFeely, and directors Joe and Anthony Russo, the connection between Tony and Thanos is older and simpler than the Soul Stone theory.

As Comicbook.com reports of the Infinity War commentary track:

When it comes down to it, Thanos knows Stark as the man who thwarted his efforts to take over Earth via Loki in 2012’s The Avengers. “Which is why he’s aware of Stark from the original Battle of New York as the person who undid the plan,” Joe Russo said, giving extra meaning to Thanos having respect for Iron Man.

If you recall, at the end of the original Avengers, Tony made the “sacrifice play” and flew a nuclear missile into the wormhole above New York City, stopping the alien fleet from coming through. So it makes sense that Thanos would have been kept apprised of exactly who was the most responsible for messing up his grand plans, and that he might have been curious about Tony Stark and learned more about him thereafter.

The Infinity War creatives are interested in generating even more equivalence between Thanos and Tony that I’m not really here for.

“You realize this interesting parallel between Thanos and Tony,” Markus said. “They’re both aware of something from an early point and constantly having to deal with being smarter. Thanos is a futurist as much as Tony Stark.”

Sure, I guess one could call Thanos a futurist in that he makes questionable predictions about the future based on his opinions, but, erm, saying that he’s analogous to Tony in this respect, and that poor Thanos has to constantly deal the terrible burden of being too damned smart, just like Tony? Yikes. This is how you get those “Thanos did nothing wrong” forums.