Some feel it's important for textbooks not to deny science, I guess. 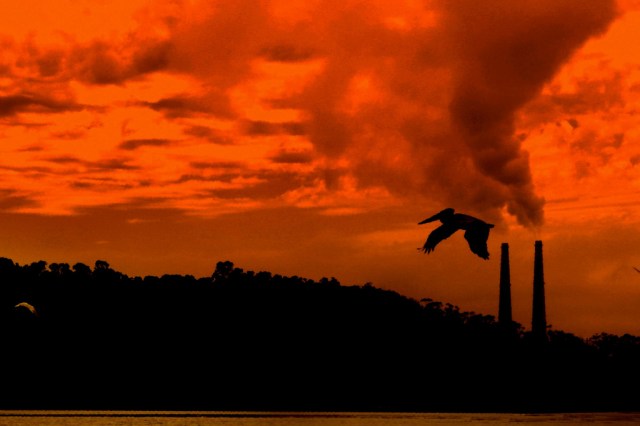 Teach the controversy! Not on climate change, of course, because 97% of the scientific community agrees that it’s happening and human beings are causing it. No, the controversy in this case is over the Texas State Board of Education’s impending approval of textbooks that seem to misinform schoolchildren about climate change.

Two groups, the National Center for Science Education and the Texas Freedom Network, are fighting against the Board of Education’s adoption of the books and their faulty science (more liks lience, amirite? Sorry, I’ll stop) with an online petition. According to their complaint, the books contain varying degrees of misinformation from misrepresenting scientific consensus to data directly from anti-climate science groups:

While it’s hard to tell from the information presented on the petition the extent of the denial in the textbooks, we’ve talked about the problems with giving undue legitimacy to unfounded scientific disagreements when presenting scientific information many times in the past. For a recap: teaching that there’s disagreement over an issue when that disagreement is unfounded and nearly nonexistent in the scientific community is a bigger misrepresentation than not mentioning the disagreement at all.

Of course, it’s also important to note that neither the NCSE nor TFN is an unbiased group. They both admit up-front to being activist groups against creationism and climate change denial in the case of the NCSE and against the “religious right” in Texas for the TFN. Though at least they’re honest about it, unlike the Heartland Institute, whose website simply states, “Its mission is to discover, develop, and promote free-market solutions to social and economic problems.”

But if these textbooks are casting doubt in students’ minds about science, that’s a problem, and the Texas Board of Education should rethink using the books when it meets this week to discuss their adoption.

(via io9, image via Dawn Ellner)